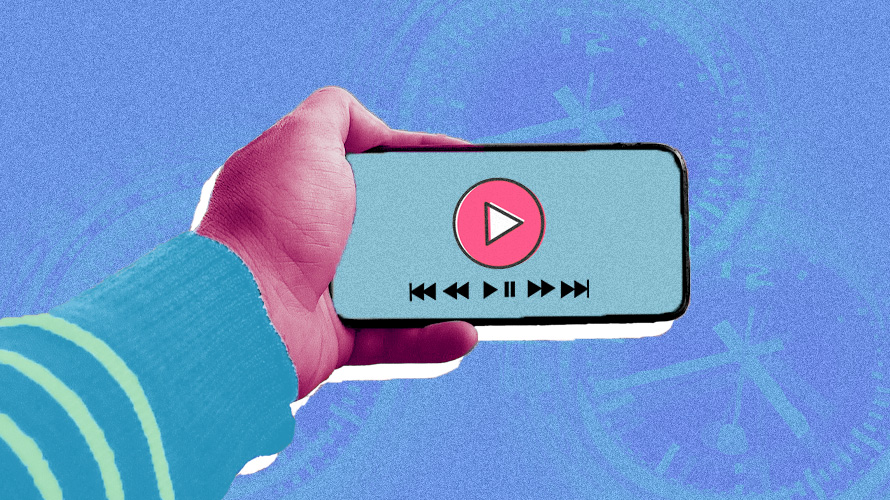 The prevailing thinking that shorter is better as it pertains to mobile is at best reductive, and at worst, lazy. Illustration: Trent Joaquin; Source: Unsplash

If I were to tell you that it’s completely sensible to communicate an advertising message to someone in a few seconds, would you believe me? If you have a stake in optimizing mobile video ads, chances are the answer is an emphatic yes. The topic of ad length on mobile is a hot one, where formerly standard 30-60-spots are increasingly being jammed into smaller temporal boxes.

By and large, marketers basking in the warm glow of impressive-sounding neurological research feel quite secure that mere milliseconds of precious consumer attention can register their brand in human cognition. What is less clear, however, is whether the ability to accrue brand recognition this quickly is reason enough for brands to go with shorter video lengths.

Platforms like Vine essentially founded a new form of mobile video with the six-second spot, a length seemingly perfect for the check-and-go mobile experience. A standard roughly optimized for consumers creating video clips on their phones (perhaps unintentionally) yielded a rather durable assumption about human behaviors with mobile phones: What worked for the consumer creation experience must surely work for the advertising consuming experience. And so began a long and impassioned debate regarding the merits of increasingly short advertising videos on mobile.

Mobile feed-based environments were virtually falling over themselves to laud the merits of these shorter videos, at least in part because their environments were not particularly conducive toward a user consuming 15-30 seconds of advertising messaging. So began a cottage industry of research intent on demonstrating how much value could be crammed in a few seconds, even going so far as to flirt with the idea of having a one-second strategy. Terms like “electroencephalography” and precision down to milliseconds were increasingly cited as commonplace for a mobile video strategy.

The prevailing thinking that shorter is better as it pertains to mobile is at best reductive, and at worst, lazy.

As it pertains to mobile video, the north star became “shorter is better,” largely in reference to science conducted by entities with a reasonably vested interest in having the entire industry shift practices toward shorter formats best suited for the platforms they represented. While the research is more often than not scientifically rigorous and honestly communicated, it is the interpretation of this research by marketers where things get hazy. The biggest misunderstanding by far is the assumption that research (including the practices of buzzwords like “data science”) rarely deals in absolutes.

What we know is that a message can be communicated in a few seconds. That in a matter of milliseconds, a respondent can recognize and internalize a brand. That is, more often than not, the point of research on shorter ad lengths. Basically, to return to the query we began with, we know you can get value out of a few seconds. What it does not answer and where things get inconveniently messier for marketers is whether you should use this as a go-to strategy.

The prevailing thinking that shorter is better as it pertains to mobile is at best reductive, and at worst, lazy. Consumers have an increasingly varied and complex relationship with their phones, ranging from short bursts on-the-go to prolonged engagements sitting on the couch. The consumption device is less important than the consumption context, and many contexts on mobile phones (gaming, video streaming, etc.) are for extremely involved audiences over long engagement periods.

Making blanket assumptions about mobile video has the potential of taking a one-size-fits-all approach to your messaging where basically every size is uncomfortably snug. Quite a bit of valuable consumer attention could be left on the table in this scenario. Perhaps more troubling, existing 30-second or 60-second spots may be arbitrarily chopped to six seconds, endangering the quality of the message and the point of the ad campaign in general.

Ultimately, the question should not be whether your video strategy is short enough for mobile, but rather if it is the right length from the context through which you are reaching your audience, regardless of device. This ever so slight shift in perspective, where human behavior within a given media consumption context is the focus, has the potential to offer a wide array of benefits above and beyond ad length. It also puts the user and the media experience first, where the door is wide open to not simply crafting advertising messages optimized for a given environment but one where the ad potentially enhances the media experience.

Sure, that’s a far gap to bridge. But in the meantime, we can at least buy ourselves a little breathing room around our mobile video spots and a more critical eye about what to take away from marketing research studies.