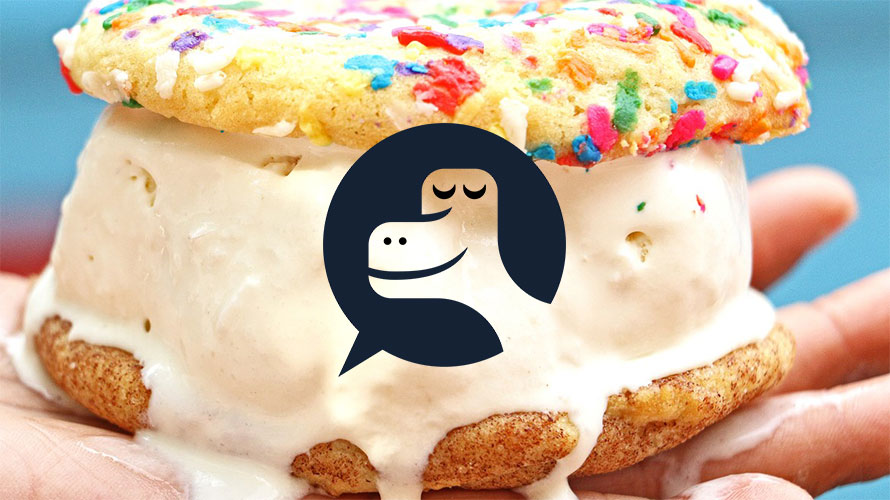 As artificial intelligence powers more and more chatbots by the day, one restaurant recommendation and foodie lifestyle website continues to buck that trend with a human-powered “bot.” The Infatuation, launched in 2014 as a side hustle from Andrew Steinthal and Chris Stang, found delivering dining ideas with a human touch to New Yorkers cultivated a deeper connection with its readers.

Their path began in college while Steinthal, co-founder and CRO, and Stang, co-founder and CEO, worked in the music industry. After they both moved to New York, their coworkers frequently asked them for cool restaurant recommendations to take clients, friends or family.

“There was becoming less of a focus on the ‘white tablecloth’ kind of restaurant,” said Stang, “and places like Momofuku started getting popular. A lot of food writing was still focusing on the chef behind a restaurant, but people were caring about how a meal could fit into why they’re going out.”

The pair created The Infatuation as a solution for a young audience and their shifting consumer behavior. Its popular #EEEEEATS hashtag has been used more than 7 million times on Instagram, and the site now covers more than a dozen cities around the world.

But the team soon realized that changing algorithms on social media platforms “got in between” readers and publishers. So in the spring of 2015, they launched Text Rex.

With a dinosaur as a mascot, the free texting recommendation service is more than just a chatbot. It’s run by well-trained and well-meaning humans between the general hours of 8:30 a.m. to 11 p.m. The “Rexers” receive requests from registered Text Rex users and use The Infatuation’s categorized database to find the perfect restaurant for the situation.

"At first we thought, 'what have we done?!'"
Chris Stang. co-founder, The Infatuation

Between 3,000 and 4,000 people signed up for the service the day it was announced, and it now has around 35,000 registered users in New York City, its sole location. The team answers around 500 questions per day from people who are either planning their dining experience or who are looking for real-time answers to their questions.

“At first we thought, ‘what have we done?!,'” said Stang. “But we couldn’t start something then put it back in the box. People were excited and happy they could connect with someone. It’s a bridge between automation and a human audience.”

The service has stayed relatively human-powered for this long because, according to Stang, there’s no way to “give people value in a fun, trustworthy way” if you rely on a purely AI solution.

“We have an engaged audience because we’re a discovery platform,” said Steinthal. “Our secret sauce is that people trust us. We put brands and restaurants on our audience’s radar.”

The latest brand to work with The Infatuation is Delta, and their partnership will bring Text Rex to Los Angeles where it will be exclusively available to Delta SkyMiles members in Los Angeles through January 2018.

“Our support of The Infatuation and bringing Text Rex exclusively to SkyMiles members in LA lets us engage our customers in a relevant way by providing more of what they value,” said Julieta McCurry, Delta’s managing director of U.S. marketing communication.

Delta also understands the importance of the spirit of a traveler and the connection to a new city.

“In a market as saturated as LA, we understand the importance of being locally relevant to prove to Angelenos we want to be their airline of choice,” said McCurry.

With a web filled with uncertainties, Steinthal thinks brands are looking for a way to connect with their audience on a human level and have a “direct conversation.” This artisanal, handcrafted text bot is their idea of conquering that notion.

“People just want that narrative feeling,” he said. “As the internet gets murkier and social networks get bigger, you can lose your voice.”