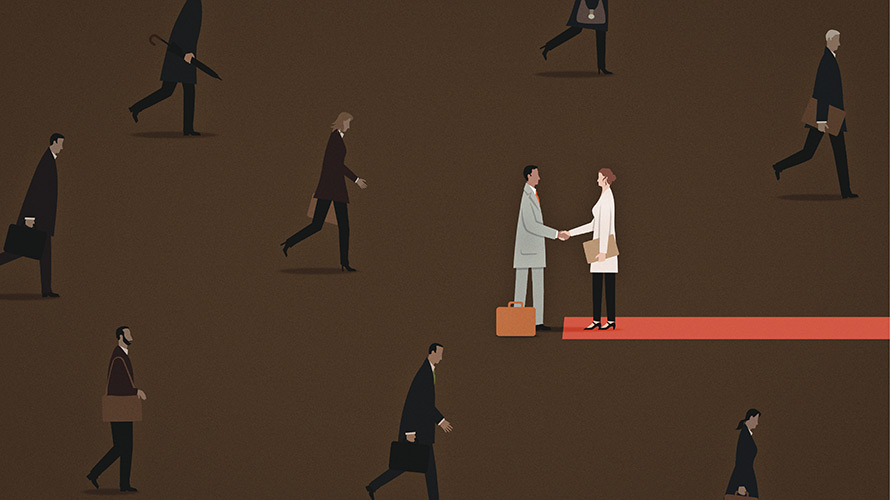 In an age of ever-growing distrust—in marketing, in politics and in financial institutions—global firms are learning to engage and demonstrate transparency in ways they didn’t have to just a decade ago.

That might sound like table stakes with all of the data-infused digital marketing that’s grown so common over the past several years. However, in the highly regulated, traditionally-marketed world of banking, newer channels like Snapchat might not have seemed useful beyond its share price.

Coming out of the 2008 financial crisis, Goldman Sachs was seen in a negative light, as regulators, media types and the broader public discussed what caused the subprime mortgage crisis. However, the banking brand began to see the need to speak to a much broader audience, in order to not just improve sales and talent recruitment, but also to boost public opinion.

“We are not any different than any other type of global company with the type of global footprint that we have,” said Amanda Rubin, global co-head of brand and content strategy at Goldman Sachs. “In today’s day and age, companies have to put narratives out there about their broader purpose (and) what they’re doing,”

The remarks came during an event this week for brands and agencies hosted by Adweek and Bloomberg Media, which brought together marketers from several finance and tech brands to talk about the evolving role trust plays in their marketing.

“For many years, we didn’t do anything,” Rubin said. “We had a very discreet target audience, we marketed to them, but after the financial crisis, we along with a lot of other companies realized the importance of the general public as a key target audience for the firm.”

Goldman has become increasingly experimental in how it reaches not only millennials for recruitment, but also how it helps play a larger role in informing the masses. It’s pushed out infographics about millennial consumption habits and how drones are being commercialized, along with longer reports on entrepreneurship and women’s empowerment. (It now even has its own podcast, which showcases employees providing insights about the economy.)

In 2015, Goldman Sachs was among the first major employers to use Snapchat to run a recruitment campaign across college campuses, which has now been a strategy for other companies such as JP Morgan and McDonald’s. Along with that, the company has also used Snapchat for partnerships with publishers such as The Economist.

Rubin said she’s even interested in exploring ways for Goldman Sachs to experiment with virtual reality and augmented reality.

“While we’d love to be entertaining, we haven’t gotten there yet,” she said.

While industries such as travel and retail are better at innovating and building trust, finance is getting increasingly better, according to Peter Muhlmann, founder and CEO of Trustpilot, a company whose platform publishers reviews of businesses.

“I see a lot of very modern fintech companies that really get it,” Muhlmann said during a panel discussion at the event. “The finance world has been caring too much [about] doing everything right … I think the key here is showing that you’re human.”

However, it’s not just a switch that finance can flip. According to Denise Karkos, chief marketing officer of TD Ameritrade, money is “an emotional thing.” She gave the example of a commercial the company launched earlier this year, which took a different approach to the classic folk song “Cat’s in the Cradle,” transforming it into a cover that calls on consumers to “invest in every moment.”

“Just think about when you don’t have enough or your family doesn’t have enough,” Karkos said during the panel. “It’s such an emotional topic, and yet there is no real emotion in our category when it comes to advertising or marketing. Have we earned the right to go there?”