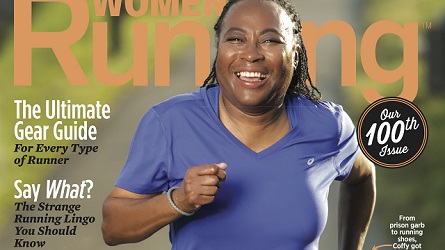 Rebecca Warren joined Women’s Running magazine as editor in chief two months ago. Today, the first issue with her thumbprints on it hits newsstands. 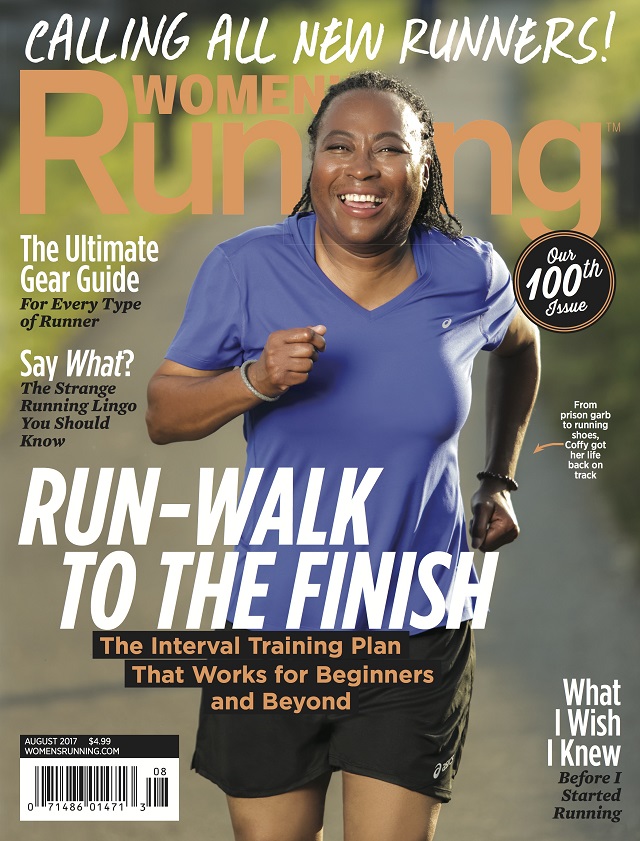 In her Editor’s Letter, Warren writes that she is proud to continue the legacy of her predecessor Jessie Sebor and explains, for an issue themed around running beginners, how she herself came to the activity as a Londoner in her 20s.

Warren is also the author of the cover story about Helenia “Coffy” Bragg, an ex-con who turned to running after her most recent release from prison in 2016. Bragg received educational assistance from The Sunshine Lady Foundation and a push into the sport of running from Back on My Feet:

“When I first heard about Back on My Feet, I thought, ‘Why are people getting up that early in the morning? I don’t run that early unless I’m running from the police.’ The people were so energetic and motivating, so I thought I would try out this thing. I developed a passion for it. The people encouraged me.”

There’s a sidebar about Back on My Feet, an non-profit that combats homelessness through running. The organization’s CEO Katy Sherratt highlights a formerly homeless woman, Norma, who through the support of the Boston chapter (Back on My Feet operates in 12 U.S. cities), graduated from Harvard this spring with a B.A. in psychology.

Warren, prior to joining Women’s Running, was managing editor of Lonely Planet magazine. She is based in San Diego.

Former EIC Sebor has penned a fond farewell, full of memories of how it all started for her at the publication. After seven years with the magazine, she has transitioned to the role of heading up the media division for parent company Competitor Group Inc.:

At 25 years old, I was laughably unqualified to lead a national brand—-my previous position was assistant at a large book publishing house—-but unlike other editors, I was inexpensive, game to move out of New York [to St. Petersburg, Fl.] and not self-aware enough to realize that there was a good chance I wasn’t quite up to this task.