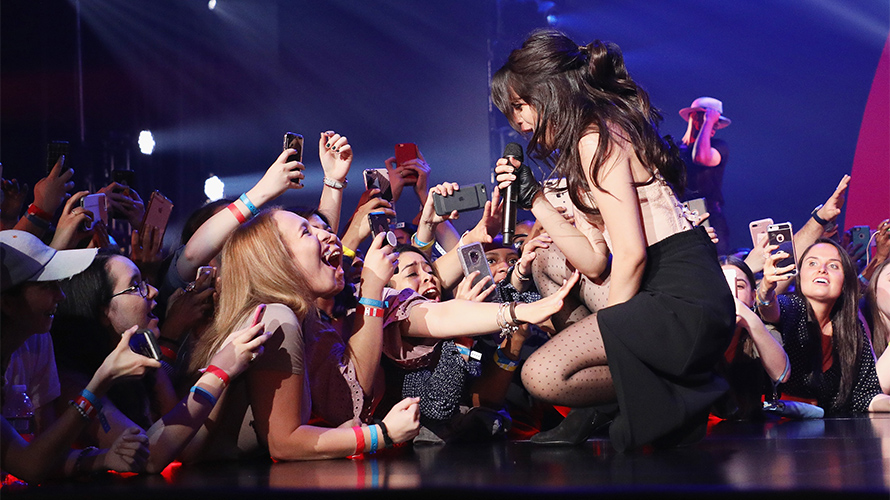 YouTube told advertisers on Thursday that it now has 1.8 billion logged-in users on its platform, acknowledging both the benefits and risks that come with that scale.

At its annual BrandCast event in New York City, YouTube spent two hours pitching both its broad range of celebrity talent along with how advertisers have seen business results on the Google-owned platform. During her opening remarks at Radio City Music Hall, YouTube CEO Susan Wojcicki acknowledged the difficulty that comes with moderating user-generated content, of which there are hundreds of hours uploaded every second.

“We’ve also seen that with openness also comes challenges, as some have tried to take advantage of our services,” she said. “This year we devoted tremendous resources to address these challenges, and we are committed to continuing our investment going forward. It’s incredibly important to me and to everyone at YouTube that we grow responsibly. There isn’t a playbook for how open platforms operate at our scale … it’s critical that we are on the right side of history.”

It’s now been about a year since YouTube’s brand safety worries began. Following the April 2017 revelations that ads were showing up alongside terroristic, violent and other offensive content, brands began pulling their advertising dollars, prompting a broader industry discussion about brand safety and user-generated content.

In addition to updating its previous logged-in user total of 1.5 billion, YouTube also announced several new advertising products, including expanded advertising through Google Preferred on TV screens. While mobile screens might have helped YouTube get to the scale it has today, Wojcicki said TVs are now the fastest-growing screens, with more than 150 million hours of YouTube watched on them every day.

Advertisers will now also have the option to buy TV ads through DoubleClick’s bid manager, along with the ability to buy ads across all of YouTube’s music video inventory from the likes of Sony, Vevo and others.

YouTube also announced several new shows starring a range of celebrities. “The Jump Off,” starring Will Smith, will broadcast the actor jumping out of a helicopter to raise money for charity. Actress and singer Priyanka Chopra’s will talk with people about what inspires them in her new show “If I Could Tell You Just One Thing.”

YouTube also announced plans for a new show produced by NBA star LeBron James and his manager Maverick Carter, “Best Shot,” which will follow the Newark Central High School Blue Devils during a season as they’re mentored and coached in their community. This marks the second show for James announced this week, following a documentary announced by Verizon-owned Oath on Tuesday.

Just like in past years, YouTube also brought in several YouTubers—this year featured Tyler Oakley and Anna Akana—to talk about how they’ve used the platform both to grow their audiences and also to have a platform to talk about issues they care about.

In addition to YouTube Creators, YouTube yet again brought in a number of mainstream celebrities, including comedian Trevor Noah, the band OKGO and pop stars Camila Cabello and Ariana Grande, who all performed short sets on stage.

While the past year of content safety and advertising measurement issues has prompted some marketers to pause or rethink their ad spending, several large brands took the stage to share their testimonies about how they used YouTube in the past year.

According to Deanie Elsner, president of Kellogg’s’ Snacks Division, the past several years have led the company to grow its digital spending from “very little” to between 60 and 70 percent, with YouTube spending increasing 300 percent in the past year.