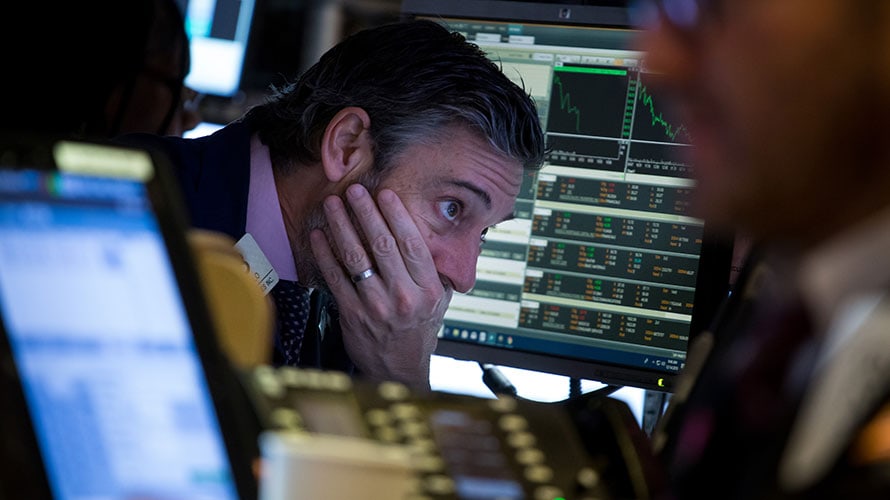 Bloomberg is rolling out the new targeting capability at a time of uncertainty in the global financial markets. Getty Images

Last year was one of the most volatile on the stock market since the world almost plunged into an economic meltdown at the tail-end of the last decade, leading to widespread trepidation over market volatility in the coming 12 months. Amid this climate, Bloomberg Media is rolling out a TV advertising proposition called Trigr TV, a tech solution it claims will bring targeting capabilities more commonly associated with online ad targeting to the TV screens of business media outlets.

Trigr is a targeting technology the business media outlet already offers on its digital properties, with such capabilities now available on linear television through a patent-pending technology called Bloomberg Interlink that can bridge connecting a traditional linear system to a digital ad server. Bloomberg Interlink acts as a mechanism that lets broadcast systems “talk” to a digital ad server, which then effectively translates the messaging between two disparate systems.

TD Ameritrade is the first named partner to participate in the rollout of the technology, which is enabling the financial services company to place TV ads in real-time in a similar fashion to how such decisions are made online, i.e. based on predetermined triggers using the software.

For example, if a user is watching Bloomberg TV programming and the market becomes volatile to a certain percentage point, then Trigr TV’s targeting capabilities will activate corresponding client messaging on screen (see image below) based on the parameters agreed with a client. As part of the launch, Bloomberg is offering a number of targeting capabilities, such as notable variations in the commodities, currencies, equities or indices markets. 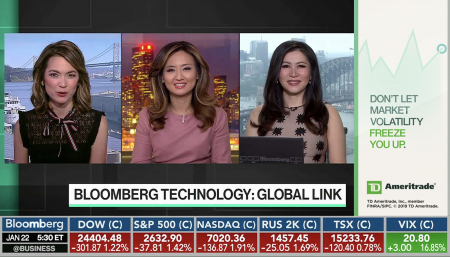 “What Trigr allows us to do is take the breadth of Bloomberg’s market data and package it up for clients and activate their advertising, only when those certain market conditions occur,” explained Derek Gatts, Bloomberg’s global head of advertising innovation and technology. “The net result is that it’s all about getting the right message in front of our user base at the right time.”

He added that Trigr “is all about channeling the power of when,” and that the “vast majority of the data that we leverage across our properties” provides the ability to build up advertising opportunities individually.

Kerin Morrison, managing director of advertising and brand management at TD Ameritrade, said participating in such a rollout would help position it as a trusted financial services brand, as Bloomberg audiences are discovering breaking news that could affect their investments.

“TD Ameritrade’s advertising strategy is to keep clients and prospects informed and educated when events in the markets or the world affect their investing goals or strategies,” she added. “Bloomberg Trigr TV strategically aligns TD Ameritrade with 100 percent share of voice when networks forego commercial breaks while keeping an investor audience informed and engaged with market-moving news as it unfolds.”