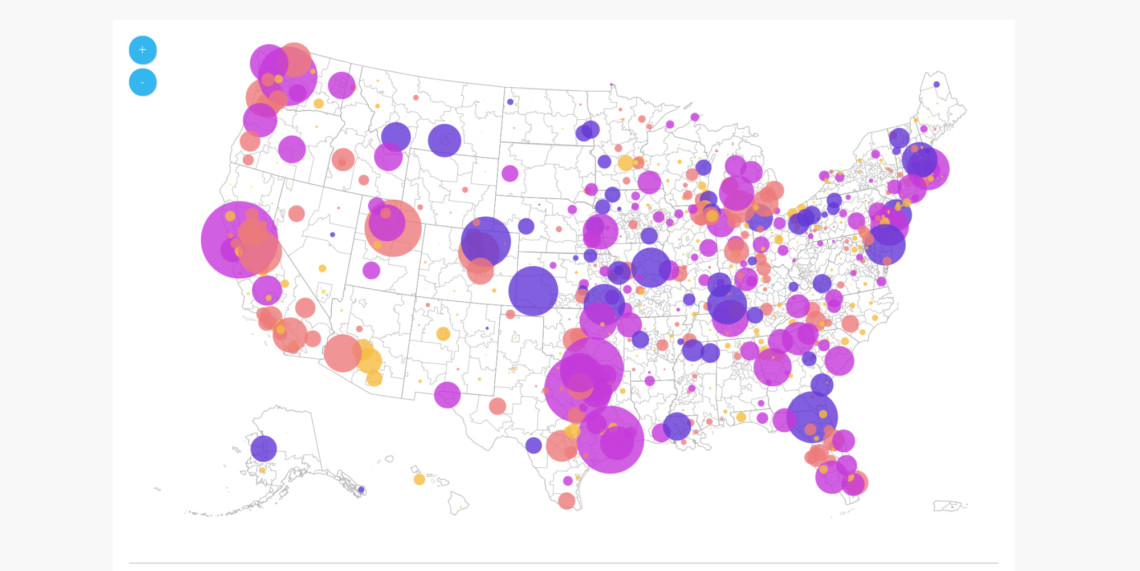 Pandora is giving podcast hosts more data on who is listening to their shows as it races with Spotify and Apple for control of the podcasting space.

The SiriusXM-owned streaming service will now offer stats like where listeners live, how long they tune in to each episode, and the number of thumbs up and down ratings they garner. The move comes a day after SiriusXM announced its acquisition of podcast management platform Simplecast, which comes with its own distribution and analytics tools that the parent company plans to integrate.

The new feature, which can be accessed by signing up for Pandora for Podcasters, includes infographics like a bubble chart on a map of the United States and bar graphs of various listener demographics.

While Spotify and Apple both offer data tools comparable to Pandora’s new Podcast Analytics feature, access to in-depth metrics is still a relatively recent development for the podcasting space, which has long suffered from a lack of monetization capabilities to match the medium’s surging popularity.

The digital audio space has also seen a wave of consolidation in the past couple years with a series of big acquisitions like SiriusXM’s purchase of Pandora and digital audio advertising platform AdsWizz in 2018 and Spotify’s deals to buy Anchor and Gimlet Media last year.

SiriusXM is hoping to build on those deals with its acquisition of Simplecast by integrating it with AdWizz for a full-service offering from monetization to distribution.