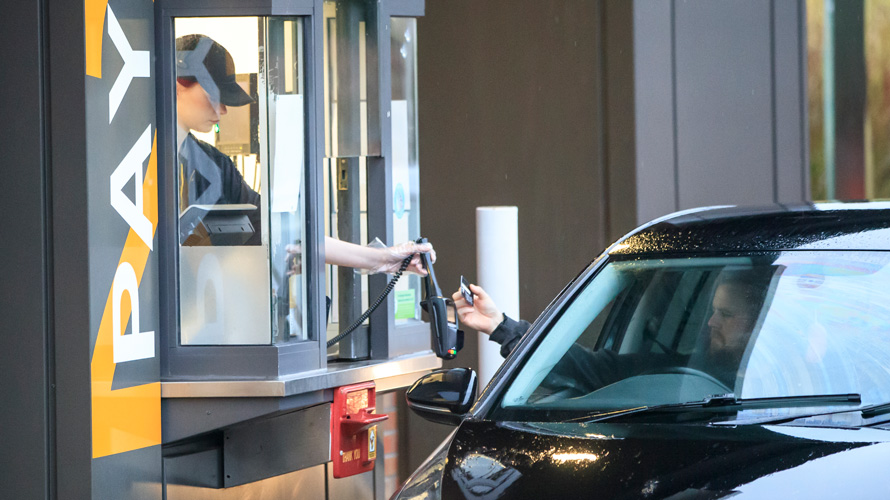 Restaurants, hit hard by the coronavirus, are relying on drive-throughs and delivery to generate sales. Getty Images

The trade association is asking the government for $300 billion in liquidity for small businesses—of which eateries constitute the largest number—to tide them through the coronavirus crisis.

“Currently, restaurants and other small businesses (franchised or not) are restructuring to stay afloat during this unprecedented time,” said IFA spokesman Stephen Worley in an email to Adweek. In some cases, that means cutting hours or layoffs, while in other situations it means selling off inventory, he added.

“Many small businesses only have two to three weeks of cash reserves available, which means that government assistance is time-sensitive,” Worley said, adding that the IFA is asking for short-term funding provided directly to small businesses. Such assistance would help them stay open and keep employees on the payroll.

On Wednesday, the IFA sent a letter to President Donald Trump and congressional leaders asking for $300 billion in Small Business Administration (SBA) lending authority, the creation of what it calls a small business workforce stabilization fund, as well as relief for business interruption insurance.

Of the relief act that was signed into law on Wednesday night, the IFA said the bill’s paid leave mandate and refundable tax credits harm small businesses, even though it provides expanded unemployment insurance. The trade association emphasized that franchise businesses already face a cash flow crisis due to government-mandated closures during the next six to eight weeks.

Notably, Starbucks experienced a decline in comparable sales of 78% in China in February, with 80% of its stores closed at one point, giving some sense of the potential extent of the damage.

According to IFA, there are 733,000 franchise establishments in the U.S. that provide nearly 8.4 million jobs directly and generate nearly $788 billion of economic output, constituting 3% of GDP.