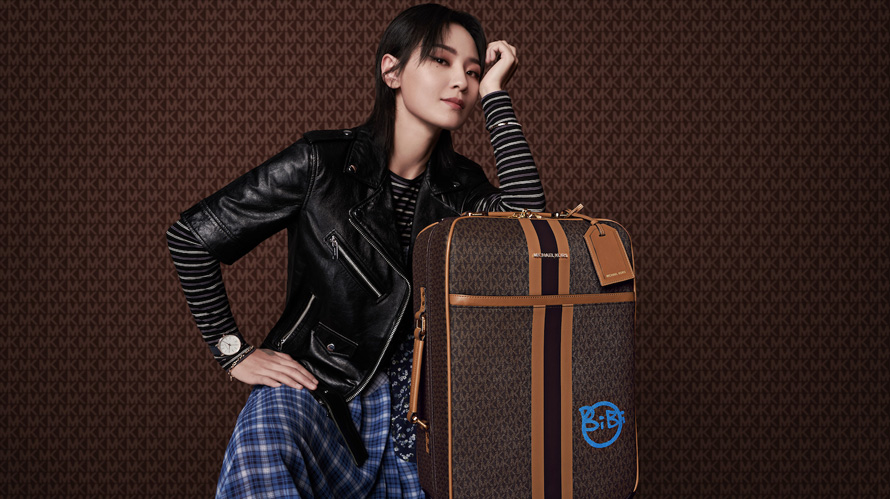 Brands such as Michael Kors and Allbirds have partnered with Alibaba in China, and gleaned important takeaways they may apply in other markets. Alizila

For U.S. apparel brands figuring out how to navigate life during and after the pandemic, partnering with ecommerce giant Alibaba has provided insights on how to bolster sales even with storefronts closed.

But the success of these initiatives, undertaken by brands such as luxury goods purveyor Michael Kors or direct-to-consumer wool footwear pioneer Allbirds, goes beyond doing business in a pandemic.

The tactics these brands picked up in pairing with Alibaba, such as marrying content like livestreams with exclusive product offerings or enhancements, allows them to tap into pent-up demand. With that, these brands are likely to apply these methods elsewhere in the world.

Michael Kors zeroes in on livestreaming and exclusive products

Luxury brand Michael Kors brand has worked with Alibaba since July 2019 when it launched its digital flagship store on the ecommerce company’s Tmall Luxury Pavillion. It was the first third-party relationship for Michael Kors in China, the company said.

Such partnerships are embedded into the company’s culture, whether teaming with Instagram to be the first brand to test the social media company’s Marquee ad feature in 2015 or exclusively collaborating with the latest James Bond film to create a capsule collection.

Since then, Michael Kors has worked with Tmall and the Alibaba international team on a number of brand exclusive moments, including its own brand-dedicated Super Brand Day on April 27. Super Brand Day was launched by Tmall in 2015 to spotlight select brands via campaigns.

As part of the Super Brand Day, for example, customers interacted with the namesake designer himself as part of a personality quiz called “Ask Michael,” where Kors was peppered with questions such as “Sneakers or stillettos?” and “Yoga or running?”

“I love meeting my customers, helping them find the perfect pieces for their lifestyle and talking to them about how they can express their personal style,” Kors told Adweek. He said the app allowed him to “style a wide range of people instantly.”

“It’s like a trunk show for modern times,” Kors said.

Kors delivered his “verdicts” in personal video messages, suggesting a particular accessory from his MK My Way capsule collection for the activity he recommends or the occasion the item is meant to be worn for.

In another example, China’s “King of Lipstick” Li Jiaqi (Austin Li), famous for selling millions of dollars worth of lipstick on Alibaba in a single day, introduced the Michael Kors Cece handbag via livestream.

Customers could also customize their Michael Kors handbags either by having them hand-painted by artisans via MK My Way or receiving an at-home paint option from California-based Angelus Paints, which was launched for the first time on Super Brand Day.

Allbirds teamed with the Chinese-based ecommerce company a bit over a year ago, said Erick Haskell, the company’s international president.

One of the advantages of launching in China is that it’s the largest ecommerce market in the world with a vast majority of online sales conducted via mobile.

“We’ve learned so much about designing our digital experience to be responsive and mobile-first from our experience in China,” Haskell said. “It’s also helped us better understand the level of localization that is needed to find true success in international markets.”

Haskell added that Allbirds has always dedicated itself to building on-the-ground teams and investing in local distribution centers to provide a “superior customer experience,” which encompasses customer service. But its relationship with Tmall taught the brand “how much better specific, tailored content performs internationally.”

As part of that effort, Allbirds livestreamed for the first time to amplify the storytelling of its recent Materialistic campaign, according to Haskell.

“This allowed us to dig deeper into the story behind the campaign, which challenges us all to think more deeply about the origin and impact of the things we buy,” he said.

After its launch in China, Allbirds realized it should have focused more on telling a story around its sustainability efforts, including the fact that it makes footwear and apparel from natural materials.

“After conducting in-depth consumer research following our launch in China, we received a strong message from consumers that they wanted to learn more about the process, the technology and the innovation involved in making our products from natural materials,” Haskell said.

Emphasizing its roots in sustainability is something the company will do going forward.

Due to Covid-19, luxury label Diane von Furstenberg decided to take its fashion show online by participating in the virtual version of Shanghai Fashion Week, livestreamed in partnership with Tmall.

“The most exciting thing about conceptualizing a digital show is that the audience is not the selected few, but everyone,” said Gabby Hirata, DVF’s head of business development for Asia Pacific, in an interview with Alibaba’s newsroom Alizilla. “We designed the show to be instantly understandable, with clear lighting and wearability in mind.”

Livestreaming the show allowed a two-way conversation between the brand and the audience, something not possible in a traditional runway show. As a result, the traditional fashion show may be forever changed.

“The online fashion week is a trend here to stay because behaviors have fundamentally changed after Covid-19. It has become a natural habit to not only buy, but also learn online. For a legacy brand like DVF, we will accelerate our digital transformation to lead this future,” Hirata said.