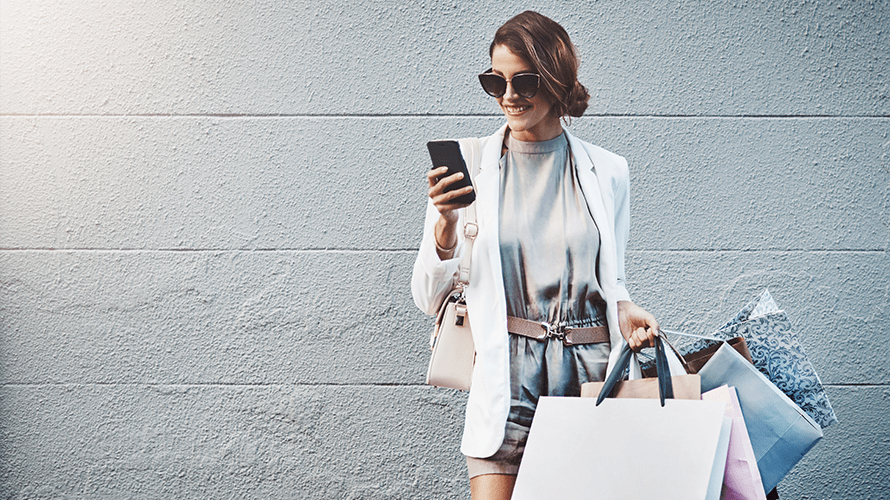 An app potentially called 'IG Shopping' could be coming to the App Store soon. Getty Images

The social shopping wars are just beginning, and Instagram might be about to take it up a notch.

According to The Verge, Instagram is developing a new app that will let consumers shop for products from brands they already follow. They can also purchase the items in the app, potentially creating a relatively frictionless experience compared with a lot of mobile shopping experiences.

“[Instagram is] attacking the core issue around ecommerce, through personalized curation of products,” said Matt Tepper, chief strategy officer, North America, Wunderman. “But it will be interesting to see the dynamic of promoted versus organic content—it will only work if algorithms can curate products rather than promoted bids.”

Another concern is whether consumers even want to download another app. Currently, Instagram lets companies tag products in posts that consumers can buy and will be rolling out the same capability in Instagram Stories later this year.

“Creating stand-alone apps require consumer and business users’ adoption,” said Rachel Tipograph, CEO and founder of MikMak, a social commerce video company. “This is quite difficult, even without asking users to spend money and fulfill orders on your app. If you look at the most downloaded shopping apps today, it remains to be traditional retailers as you need a value proposition that can compete with Amazon’s.”

However, Steve White, vp of commerce strategy at Publicis.Sapient, believes getting users to download another app could be as simple as creating a seamless experience between the Instagram app and the shopping app and offering discounts and deals to those who buy on the new app. The company did recently release another stand-alone app focused on video called IGTV to compete with YouTube and Snapchat but has yet to release user-growth or view-count data.

“Let’s remember that Facebook has tried and failed at various forms of commerce and stores many times but still believes that social shopping holds a huge amount of potential,” White said. “They have to continue a test-and-fail environment and at the very least, they will learn a tremendous amount.”

Instagram’s app is also a departure from social shopping options that work in other countries—like WeChat in China—where consumers can shop, pay, interact with their friends and more, all in a single app. White said WeChat’s success is largely dependent on its integrated payment system and storage of credit card numbers—which Amazon is a leader in, not Facebook.

“This move to create a marketplace will be the first step in getting that type of information [like] credit card numbers integrated into the platform, making it easier and easier over time to migrate shoppers from other places, like Amazon,” White said.

Regardless of the type of experience Instagram intends to build, it’s clear that social commerce is here, with one report from digital agency Avionos stating that 55 percent of consumers have bought something on a social media site. Companies like Choosy and Dote are testing different ways consumers can shop on their phones. For brands and retailers, a new shopping channel represents yet another platform to decide if it’s worthy of investment, White said.

“Online profitability, with massive price competition, is very low, and at a certain point, brands and retailers are going to have to make choices on which channels get their full support and which ones are a drag on their performance,” White said. “There are so many marketplaces and this would just be another one to manage. On the flip side, for brands like Nike, who have specific aspirations toward direct-to-consumer percentages—this can be another direct to consumer channel for them and they would welcome it.”

While a stand-alone app can work for some brands, Tipograph isn’t so sure it’s a route that’s ideal for most consumers or brands.

“What’s clear is that Instagram is focused on building native, organic shopping discovery features for direct-to-consumer brands that use Shopify as their backend,” she said. “However, the majority of ecommerce sales today come from third-party marketplaces and retailers like Amazon, Target, Sephora, Ulta, Walmart, etc.”

For now, consumers, brands and retailers will have to wait andsee what pans out and the responses from competitors like Pinterest and Snapchat.