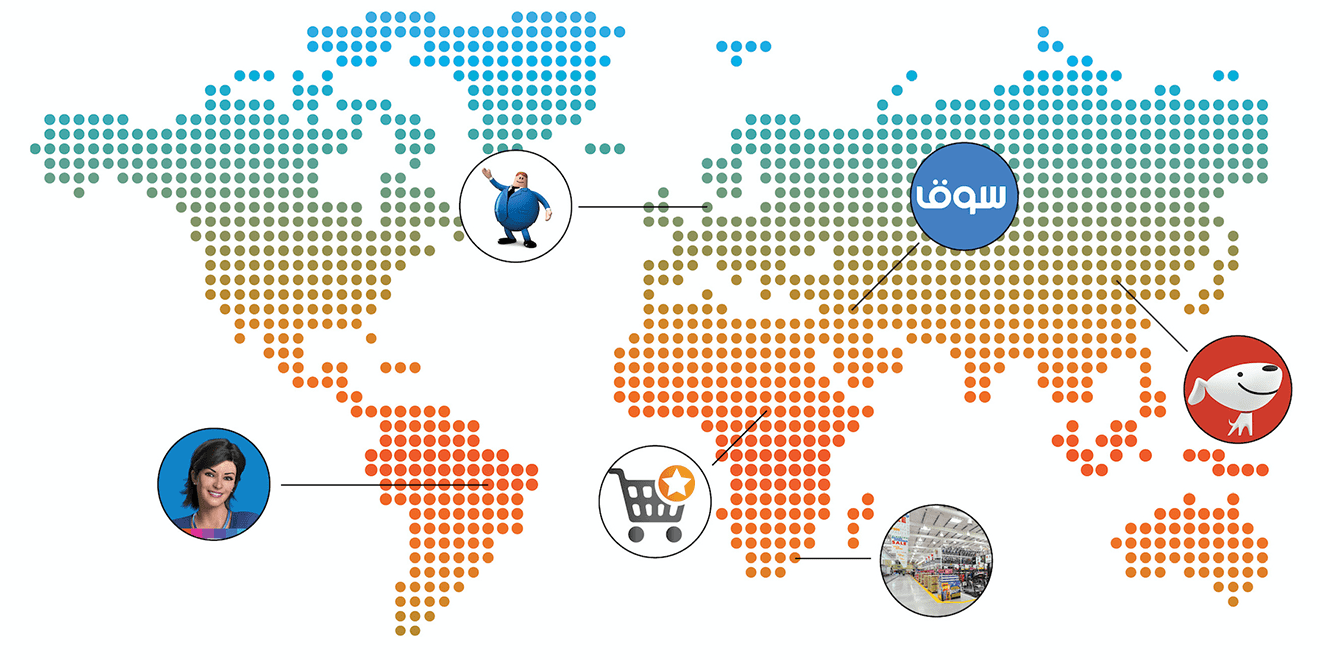 Customer service isn't the same as the Amazon or Walmart model in all international markets. Source: Getty Images

Sometimes it feels like Amazon is taking over the world—or, at the very least, the world of retail. In providing fast, free shipping, operating from a customer-centric philosophy and swallowing up specialized retailers, Amazon has, by some estimates, put itself on track to capture 49 percent of the U.S. ecommerce market this year.

But Amazon’s seemingly airtight strategy doesn’t always translate overseas. The same is true of its nearest competitor, Walmart, which is America’s biggest physical retailer. In some markets, it’s local players rather than these two retail behemoths that have the advantage, due to factors ranging from cultural nuances to the lack of credit card use.

Magazine Luiza, or Magalu, is a 61-year-old retailer based in São Paulo, Brazil, that began as a purveyor of color TVs and has since expanded to sectors like furniture, smartphones, housewares, tools and toys. In 2000, Magalu launched its ecommerce business. According to analytics firm comScore, it was Brazil’s sixth most visited retail site in August 2018. Amazon, which didn’t arrive in Brazil until 2012, ranked No. 7—and Prime still isn’t available.

As smartphone adoption grows in Brazil, so too does Magalu’s ecommerce business—it had $4 billion in 2017 revenue and ecommerce accounted for about one-third. That’s up from 24 percent in 2016. 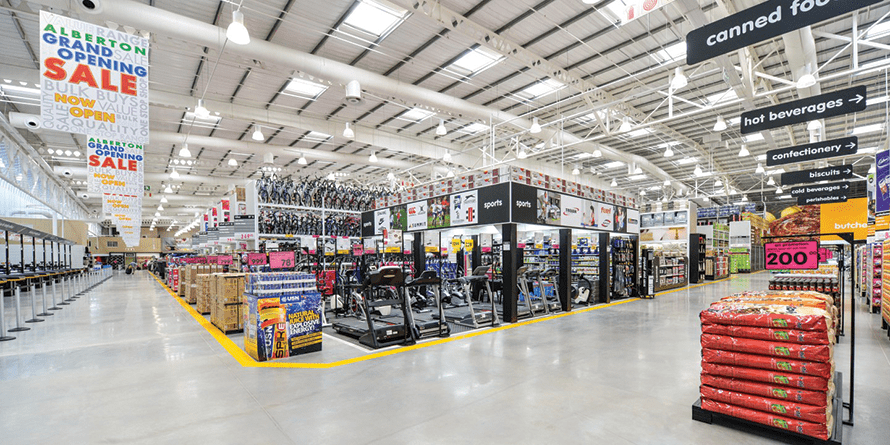 Walmart has a majority stake in African retailer Massmart.

Magalu succeeded in part by developing its own delivery network—out of sheer necessity. “When you look at Brazil, we don’t have anything as well developed as UPS or FedEx. Even Brazilian mail is not as good as the United States Postal Service,” explains Frederico Trajano, chief executive of Magalu. “It’s complex and expensive and [doesn’t have] reliable delivery.”

This past May, in a move straight out of Amazon’s playbook, Magalu bought logistics service platform Logbee to cut down delivery times from a week or more.

Like Magalu, Jumia in Lagos, Nigeria, is thriving because it’s solved delivery issues specific to its customers. Sacha Poignonnec, co-founder and co-CEO of Jumia, says the postal system is underdeveloped in many countries in Africa and there is almost no address system. So Jumia created a logistics platform that works with local companies familiar with its customers’ cities, streets and neighborhoods.

The ecommerce marketplace, which launched in 2012 in Nigeria, Morocco, South Africa and Egypt, today sells 6 million products in categories like fashion, electronics and beauty from more than 50,000 brands in 14 African countries. 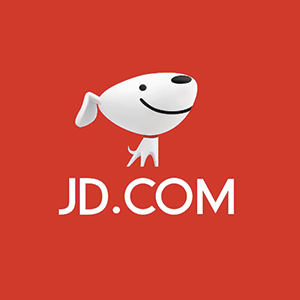 Jumia also has 500 pickup stations where customers can retrieve products. When the company found consumers arrived expecting to shop, Jumia began experimenting with adding physical retail to pickup stations in cities like Accra, Lagos and Nairobi.

“Obviously, for a lot of consumers, it is reassuring to see a physical presence,” Poignonnec says.

The payment process is another factor giving local ecommerce players an edge over Amazon and Walmart. While one- or no-click payments may be the norm for American consumers, that isn’t the case in other parts of the world.

Credit card usage has historically been lower in Brazil than the U.S., says Trajano, prompting Magalu to establish its own credit card. There are now 4 million Luiza cardholders—and the company issues 200,000 new cards a month. 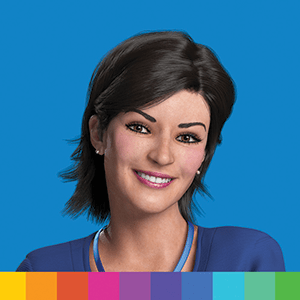 Magalu in Brazil ranks ahead of Amazon.

“In order to buy a smart TV or a big appliance, [Brazilian consumers] generally need to buy on installments,” Trajano says. “It’s important to have your own credit card so you make it available for low-income [shoppers] to pursue their dreams. Fifty percent of everything we sell, we sell on credit.”

Poignonnec says Jumia allows customers to transact and settle in cash, as many consumers in Africa don’t have bank accounts or credit/debit cards—or, if they do, they don’t want to use them online.

In 2018, Jumia launched a payment platform in Nigeria called JumiaPay, which is now in the Ivory Coast and Ghana as well—and coming to Egypt and Morocco.

Poignonnec likens JumiaPay to online payment system PayPal and says consumers who use it are able to access additional services. Since the vast majority of mobile accounts in Africa are prepaid, for example, JumiaPay enables users to buy airtime digitally rather than relying on scratch cards. (While Poignonnec calls JumiaPay “extremely successful,” he did not disclose usage figures.) 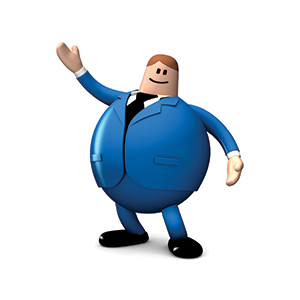 For its part, Bol is trying to hang on to that lead for as long as possible. The company recently opened a new fulfillment center in Waalwijk that is the size of eight soccer fields and has room for 7 million items, with an eye on dominating in the Netherlands and Belgium.

Bol also offers evening and Sunday deliveries, as well as delivery within a few hours. In addition, it recently teamed with the Dutch postal service to offer two-hour delivery on electric carrier bikes.

“We want the customer to be able to choose when, what and where to have a delivery,” a rep says.

Digital marketing consultant Bas van den Beld, who lives near the Hague, says Bol has been around for quite a while and people in the Netherlands are used to it. He likes to shop there because it offers more choice than the Dutch version of Amazon.

“Bol also has a high service level,” says van den Beld. “They work together with big shops to arrange pickup points, for example. They have a 24/7 customer service and delivery is free with products from over 20 euros.” 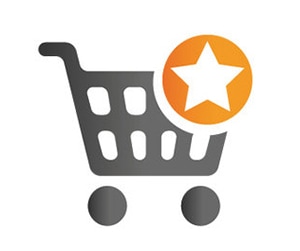 Jumia operates in 14 countries in Africa.

Putting the customer first is hardly a new concept. But in some markets, customer service is defined differently from the Amazon or Walmart paradigm.

“In the U.S., you and most of the consumers use online platforms because you want to have a very convenient experience. And you define convenience as contactless—you click and then everything happens in the background and you don’t see any of that,” Poignonnec says. “In Africa, it’s very different—when they click, the first thing they expect is a phone call … [Americans] would not like it if Amazon was sending a lot of emails at every step—and you’d be surprised if Uber called to make sure your ride is going as it should. In Africa, in many countries, it’s reassuring and even necessary sometimes. The touch points are very different.”

Perhaps the differences in customer behavior can be traced to a lack of practice. Citing data from research firm PlanetRetail, Poignonnec says Africa has 450 million online consumers, but almost no retail. In terms of distribution, for every one physical store in Africa, there are 60,000 people. In the U.S., each store serves about 300 people.

“They really have a shortage of distribution and retail. We are really providing a solution for many to shop in Africa,” says Poignonnec. “It’s difficult—they have to travel, go through different stores, there are very expensive prices. We offer a huge difference between offline retail and online retail. In the U.S., ecommerce came as extra, so it’s not like you needed it. It was convenient and a different way of shopping, but you could always go to Walmart.”

Naturally, Amazon and Walmart are not going to give up on these and other overseas markets. Walmart has held a majority stake in African retailer Massmart since 2010. It has worked with Chinese ecommerce platform JD.com since 2016 and owns a 10 percent stake in JD, which comScore says was the second most visited retail site in China in August 2018, behind online marketplace Alibaba. (Amazon comes in at No. 16 on that list.)

Walmart recently partnered with online marketplace Rakuten on a grocery-delivery service in Japan, and its 2018 annual report noted it offers grocery delivery in less than an hour in over 160 stores in China. It has also operated in Mexico—its first international market—since 1991 and recently acquired Cornershop, a marketplace for on-demand delivery from supermarkets, pharmacies and specialty-food retailers in Mexico and Chile. (Walmart has held an interest in a Chilean food retailer since 2009.)

A Walmart rep says customers around the world value quality, price and convenience but added that the retailer partners with local companies to better address regional disparities and logistical issues.

“We are focused on making life easier for customers and associates by building strong local businesses, powered by Walmart,” the rep says.

Meanwhile, Amazon performs well in markets like the U.K., Germany and Japan—and it recently expanded to Southeast Asia and the Middle East.  (Amazon declined to comment on its global operations.)

But as regional players continue to thrive, it may be a sign that despite globalization, there’s still a benefit to local know-how—at least for now. 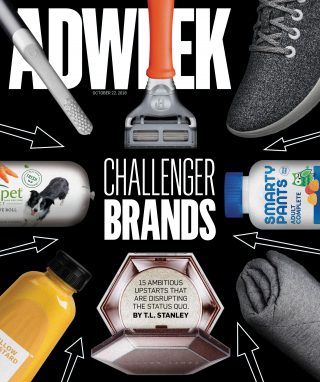 Click for more from this issue
This story first appeared in the October 22, 2018, issue of Adweek magazine. Click here to subscribe.
@lisalacy lisa.lacy@adweek.com Lisa Lacy is a senior writer at Adweek, where she focuses on retail and the growing reach of Amazon.