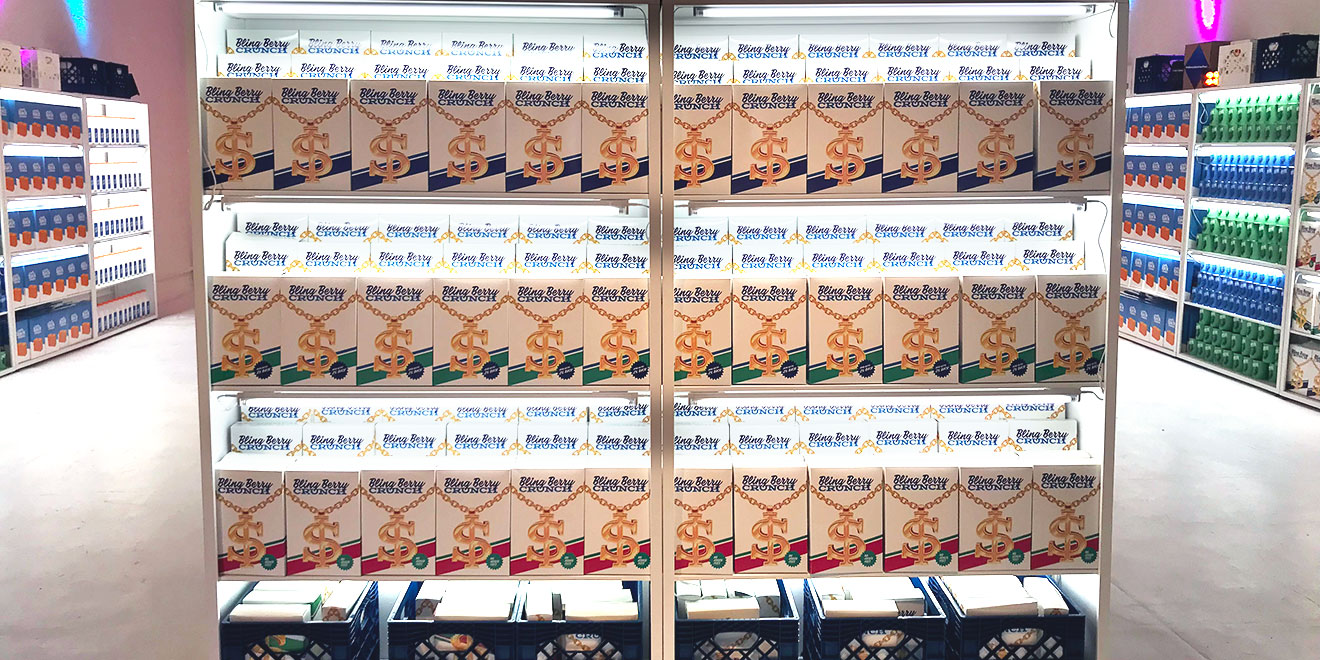 Interested in commerce? Executives from Zappos, Facebook and other companies will be speaking at Adweek Ignite: Ecommerce July 10-12 in Seattle—apply here to attend.

PayPal is opening a temporary bodega-style art exhibition in Manhattan—right next to its rival’s brick-and-mortar shop.

The San Francisco-based payments company’s pop-up—created with the help of digital artists, designers and photographers—aims to be a visual display of how people like to spend money. Visitors who stop by the the pop-up—located on the border of Manhattan’s SoHo shopping district—will walk in to something that feels part candy store and part art gallery. However, each part is based on data from a recent survey that asked American adults what they’d do with a little extra cash.

The space, open to the public on June 9, is meant to promote PayPal’s Cashback Mastercard credit card that debuted last year giving cardholders 2 percent back on every purchase. Walking in, people will pass by a chandelier on a wall made of candy along with the phrase, “from candy to eye candy”—a representation of survey results that said people would spend money on interior design products if they had an extra $500. In the next room is a rolling refrigerator with food-like art and on the wall behind it is the saying,”from deli to Delhi,” because people told PayPal they want more money to travel.

The location PayPal chose is also notable, as it’s on the same block as a mini store operated by Square, a rival that opened its first brick-and-mortar location less than a year ago. (Asked about whether PayPal’s location was strategic, a spokesman said he wasn’t sure if that was planned or not.)

Here are a few other stats from the survey about how people would spend an extra $500: 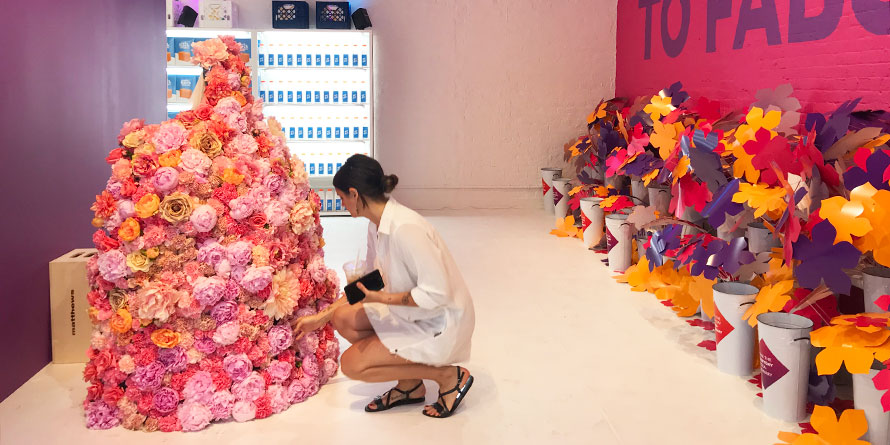 Emily Buckner, the founder of FLWR Studio, examines her dress made of flowers on Friday at PayPal's pop-up gallery. 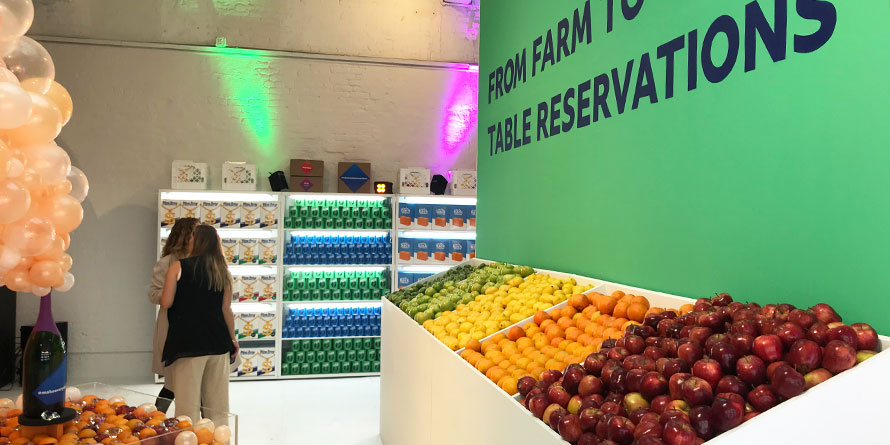 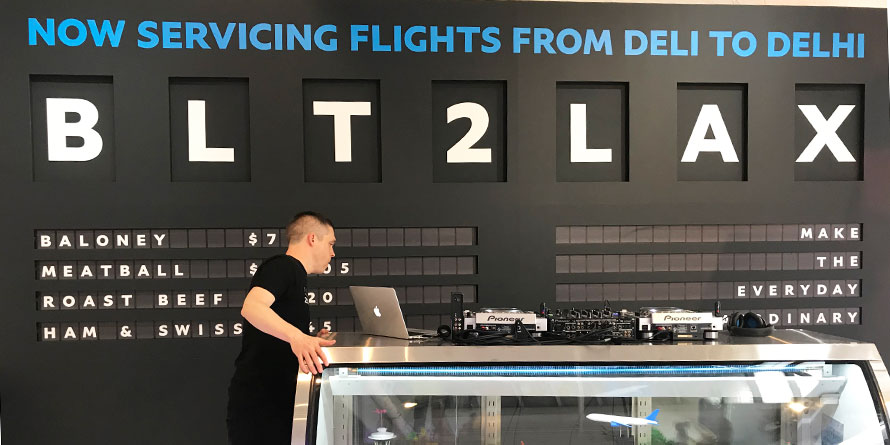