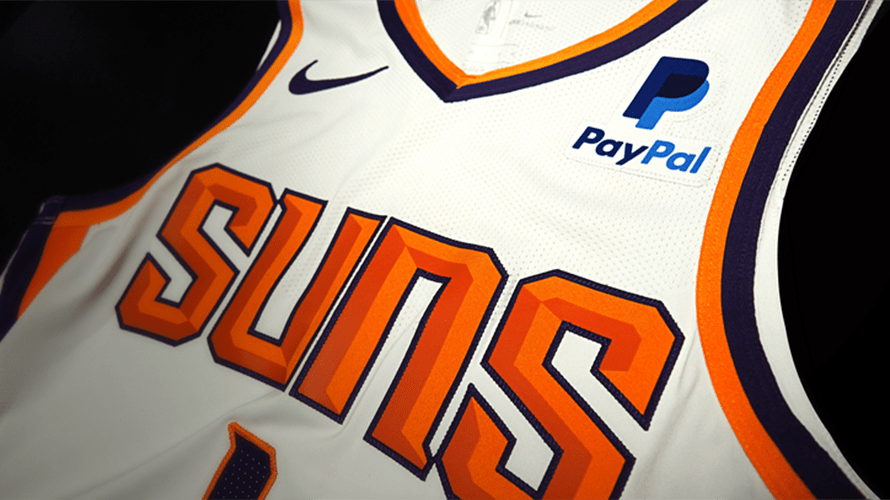 PayPal will sponsor the Phoenix Suns and integrate mobile payments into stadiums. NBA

PayPal is putting its patch on the jerseys of three professional sports teams as part of a broader plan to overhaul everything from season tickets to stadium sales.

On Tuesday, the payments company announced it will sponsor the Phoenix Suns for the 2018-2019 season. Along with the NBA team, PayPal will also sponsor the WNBA’s Phoenix Mercury and the Spanish soccer club team Real Club Deportivo Mallorca. (The La Liga franchise is owned by Suns managing partner Robert Sarver.)

As part of the deal, Talking Stick Resort Arena, the home of the Suns, will be equipped with PayPal’s technology and software to let attendees use their PayPal and Venmo balances to buy everything from tickets and jerseys to concessions using mobile payments or credit cards. Fans will also be able to use PayPal credit to pay off their season tickets over time.

Terms of the deal were not disclosed. However, PayPal said it’s a multiyear deal.

According to Phoenix Suns president and CEO Jason Rowley, the partnership will allow fans to spend more time watching games and less time waiting in line for food or merchandise. (It also creates a way to get around that awkward process of passing cash down the row of seats and through strangers’ hands on its way to a hawker just to get a hot dog.)

“The primary piece of this—although it does have branding components—is what it really does for our fan base: to create the most efficient and seamless experience as possible,” Rowley told Adweek.

Asked how the company plans to change consumer habits to pay in the new way, Clarkson compared it to the evolution to digital tickets from paper. While at first there was some hesitation because of the nostalgic connection of holding onto ticket stubs, buyers quickly caught on.

“It’s not about changing consumers’ behavior it’s about meeting them where they are and where they want to be,” he said. “The consumers are already experiencing something like that in some aspect of their life and now you’re making it available in the sports arena.”