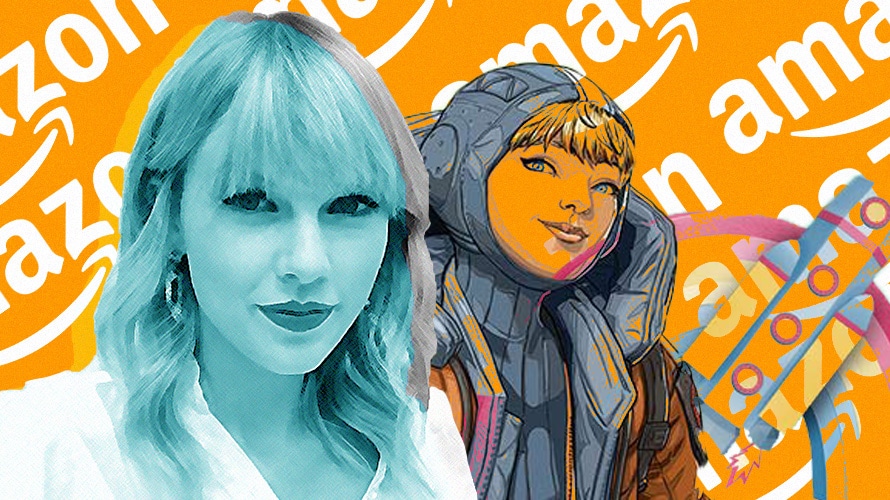 Millennials may have killed Amazon’s interest in them. That’s mostly in jest, of course, but as younger consumers start to leave the proverbial nest and/or expand their spending power, Amazon seems eager to make sure Gen Z knows the benefits of Prime membership this Prime Day in particular.

Amazon did not respond to a request for comment, but you don’t have to look much further than its Prime Day concert for evidence. To be fair, it was streamable in 200 countries by Prime members regardless of age, but it also featured acts like 22-year-old Becky G, who was born the year Pew Research marks as the beginning of Gen Z, along with Dua Lipa and SZA, who are old enough to be classified as Millennials, but not so old to be Oregon Trail Millennials, or Xennials. (In a statement, Amazon Music vice president Steve Boom said the lineup included well-loved artists across multiple genres.)

The concert was hosted by actress Jane Lynch, likely at least in part because she starred in the second season of Prime Video’s The Marvelous Mrs. Maisel. And while a dramedy focused on a housewife-turned-comedian may or may not overtly appeal to the youngest Millennials and oldest Gen Z consumers, the concert itself was co-hosted by veritable YouTube star Tyler Oakley, who boasts 24 million followers across his social channels (and a book available on Amazon).

The crowd at the concert at least appeared to skew young and female—an observation buoyed by Baby Boomer Lynch’s joke that she felt like Audrey Hepburn in Roman Holiday—with the punchline being the number of people in the audience who knew she was talking about the 1953 film co-starring Gregory Peck was precisely zero.

According to web audience measurement company Quantcast, the consumers searching for Oakley and the concert performers do indeed skew female and are most highly concentrated in the 25- to 34-year-old range.

Historically, Prime Day shoppers, on the other hand, are more likely to be women 35 to 44 who are married, have children and bachelor’s or master’s degrees. So … moms, said market intelligence firm Numerator.

This concert is likely just the first step in wooing the next generation of shoppers, said Michelle Skupin, marketing and communications director at savings site RetailMeNot.

Depending on who you ask, figures vary in terms of how many Gen Z consumers are already Prime members, but firms like human behavior research firm Magid and ecommerce analytics platform Profitero agree Prime has the most room for growth within this demographic—from about 55% to 88% of shoppers within that age range.

And the good news for Amazon is Prime members, once hooked, tend to be a loyal bunch. To wit: Amazon optimization and intelligence platform Feedvisor said 95% of Prime members are likely to keep their memberships—and 26% of consumers overall who are not already members are likely to join in the future. (83% of members cited shipping as the best benefit, followed by video and audio streaming.)

“[Gen Z is] also one of the most loyal generations [for authentic brands that speak to their interests],” Skupin added. “Earning their loyalty by catering to their interests, on their platforms and at their time will not only have a strong return now, but will grow as time goes on.”

And in order to retain the attention of younger consumers, Adrianna Nowell, vice president of product marketing at digital marketing company Bazaarvoice, said retailers will have to cater to their whims, and, per her research, shoppers 18 to 34 care most about price (52%), followed by ratings and reviews (19%) and brand name (14%).

“Both around Prime Day and throughout the year more broadly, brands must engage younger shoppers with what’s most relevant—two-way conversations, savings opportunities, product variety and availability and authenticity,” she said. “While flashy gimmicks like concerts may get them in the door, these other aspects will generate long-term loyalty and customer satisfaction.”

In addition, Erin Jordan, lead of the retail technology practice at PR agency Walker Sands, said her research found three out of four Gen Z consumers are buying less in favor of a cleaner, more organized lifestyle and they are focused on brands that “provide sustainable options aligned with their beliefs.”

“This indicates there is an opportunity for Amazon to continue to build a connection with younger consumers via either being more mindful about brands they offer and how they highlight them to their targeted audiences and how they refer to their own brands and best practices,” she added.