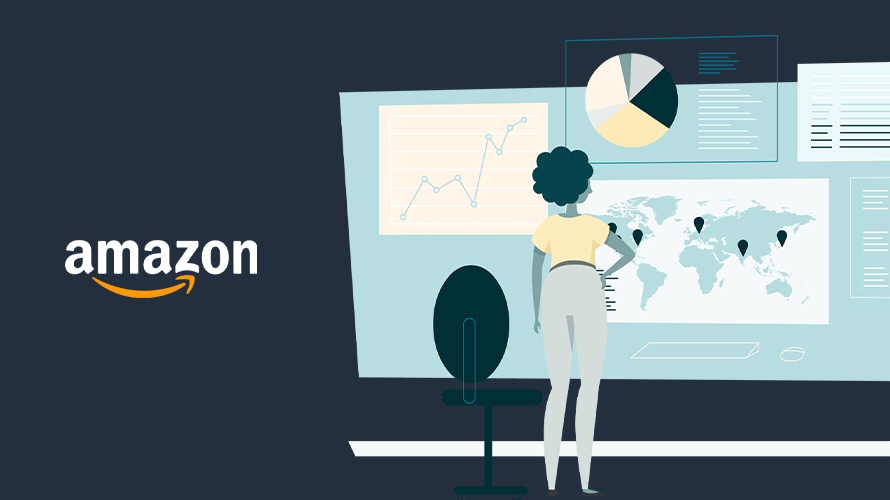 Sellers and lawyers alike are skeptical the policy change will do much. Amazon

In 2015, Pennsylvania resident Heather Oberdorf was blinded in one eye while walking her dog with a collar she bought from an Amazon seller, The Furry Gang. According to legal documents, the collar broke when her dog lunged, causing the retractable leash to fly back and hit her in the face.

The Philadelphia Inquirer reported that the seller who posted this collar subsequently disappeared, so Oberdorf sued Amazon, which said it was not responsible for defects in products sold by third-party sellers. The case has wound its way through the Pennsylvania court system since then, and in June, a Philadelphia appeals court sent the case to the state supreme court.

This isn’t an isolated incident. A November 2019 Wall Street Journal investigation highlighted how hard it can be to track down Amazon sellers and hold them accountable when they list banned, unsafe or mislabeled products.

That’s why news last week that Amazon will require its 461,000 active U.S. sellers to post contact information—like they already do in Europe, Japan and Mexico—was a welcome development for brands and customers. At least on the surface.

Amazon said it wants to “ensure there is a consistent baseline of seller information to help customers make informed shopping decisions.”

But Jonathan Weber, a third-party seller focused on outdoor equipment and office supplies, said he suspects an ulterior motive. Amazon may be putting sellers on notice that they are legally responsible for the items they sell while also making it easier for customers and brands to sue them directly and leave Amazon out of the equation altogether.

Sucharita Kodali, vice president and principal analyst at market research company Forrester, called the move “an overdue way to provide transparency” in the wake of the Oberdorf case.

Having access to the information will give Amazon customers more transparency, according to Zach Weinberg, a director at research firm Gartner. But he said the benefits extend beyond consumers since it is potentially more beneficial for brands looking to police suspected sellers of fake products.

In addition, John Frigo, a third-party seller of home goods, gadgets and supplements, said it will stop sellers that break the minimum advertised price (MAP) established by manufacturers, which is a popular tactic among smaller sellers on the platform.

“It’s impossible for manufacturers to crack down on them as they are essentially a made-up Amazon account name and nothing more,” Frigo said. “It will also hopefully stop many sellers who buy bulk expired supplements and then sell them on Amazon as now there is no longer the anonymity there was before.”

In fact, Frigo is confident small sellers and resellers won’t get an LLC and a P.O. box or want their personal information on Amazon, so many may stop selling altogether.

Con: The information is only useful if it is accurate

Others are less optimistic. For starters, it’s unclear if Amazon is verifying these addresses.

An Amazon spokesperson said the platform’s seller vetting process and video verification pilot show it has “been taking steps to verify information from sellers.”

When asked about the verification of addresses specifically—including sellers who update their addresses—she said Amazon does “verify information.”

“It doesn’t appear as though Amazon is going to vet or check any of this information. So, really, people can just put in a fake business name and address and continue on as always,” Frigo said. “Ultimately what this comes down to is whether Amazon is serious about enforcing this or if this is a PR stunt [and] nothing will change.”

Daren Garcia, a partner on the eControl team at law firm Vorys, noted the information provided by sellers is only as useful as it is truthful and actionable.

“If a seller has provided details and they’re fake, obviously that’s going to lead to a dead end,” he said. “If a seller has used fairly sophisticated technology at obscuring identity or is using P.O. boxes, private mailboxes or multiple shell entities, it’s going to be very difficult for brands or even non-legal vendors to be able to uncover [contact information and serve them with enforcement paperwork or pursue legal proceedings].”

However, Wei-Shin Lai, CEO of SleepPhones, which are headphones that are designed to wear while sleeping, said even without verification, it will be easier to report scammers “if we can quickly prove to Amazon that the address is not legitimate.”

But even with good addresses, Bryan Haynes, a partner at the law firm Klemchuk, said holding overseas sellers accountable will still be an issue due to jurisdiction. And according to ecommerce intelligence firm Marketplace Pulse, 42% of Amazon sellers are now based in China.

An Amazon agency professional, who declined to be named because he is not authorized to speak on the record, noted EU law requires Amazon to disclose the business entity as registered with the government, including a tax ID number.

“We’re all hoping that the same will hold true here, although the tax ID part is unlikely,” he said. “[U.S.] sellers have to supply Amazon with their legal business entity name on professional accounts, but they can currently use a nickname on the customer-facing website. What this change should do is peel back a layer of the onion and also display the [legal] entity name and address on the seller profile page.”

That would help customers research sellers, he continued, and would be an improvement for brands trying to learn which are gray marketing their products, or using unauthorized distribution channels.

Garcia agreed by not requiring U.S. sellers to provide tax ID numbers, Amazon’s U.S. policy will fall “short of [the EU] in terms of its usefulness.”

The Amazon spokesperson did not comment on whether Amazon will require U.S. sellers to display their legal business names and addresses.

‘Pressure from all directions’

According to Haynes, there is no specific law in the U.S. that requires sellers to provide contact information, so it appears Amazon is “finally succumbing to pressure from all directions” to get rid of counterfeit products.

That pressure includes bills in Congress, like the Stopping All Nefarious Toys in America (SANTA) Act, which was introduced in the Senate in December and would require online marketplaces to verify and disclose the identities of sellers of children’s products with bank account information, government-issued photo IDs and business contact information.

The Shop Safe Act of 2020 also introduced in March. This bill seeks to incentivize “online platforms to adopt best practices regarding sellers of potentially harmful products.” The Integrity, Notification and Fairness in Online Retail Marketplaces for Consumers (INFORM) Act was also introduced in March and would require online marketplaces that include third-party sellers of consumer products to verify the identities of high-volume sellers.

“I think one of the things Amazon is doing, which is just a guess based on what I’m seeing, is they see this legislation coming and they figure it’s better to police yourself than have the government police you,” Haynes said.

Amazon has indeed made a push against knockoffs in recent months. It has teamed up with safety, healthcare and consumer goods company 3M on a lawsuit against a merchant selling masks for 18 times the market price, and designer Valentino against a shop selling counterfeit shoes. Amazon has also launched its Counterfeit Crimes Unit in June to purportedly help bring sellers to justice.

In addition to keeping the federal government away, Haynes said Amazon is likely also trying to lure back big brands like Nike, which stopped selling on the platform because it could not control the customer experience, including unauthorized sellers and knockoffs.

Kodali said she, too, thinks Amazon is hoping brands will use these addresses to clean up distribution and then offer “plum merchandise” to Amazon, which is what the ecommerce platform really wants.