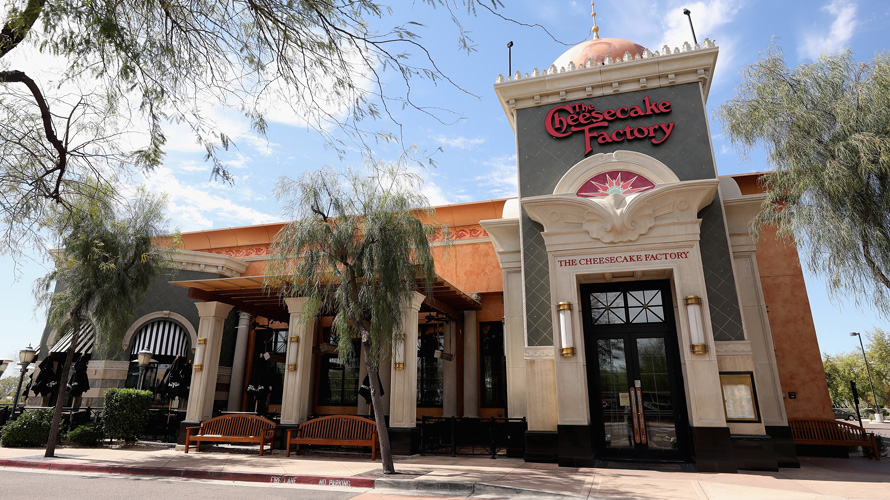 Cheesecake Factory is among a number of retail and restaurant chains opting not to pay rent while stores are closed. Getty Images

For retailers and restaurants opting not to pay rent to their landlords, contractual language in their lease agreements is not likely to provide much relief, according to industry sources who asked for anonymity due to the sensitive nature of negotiations.

A number of chains are struggling to pay their bills because their locations are shuttered as part of the effort to help contain the coronavirus. Rents for retailers and restaurants were due April 1, though agreements typically allow a five- to 10-day grace period.

“A lot of retailers are not paying April rent,” said Joseph Malfitano, founder and restructuring advisor at Malfitano Partners. Many of these tenants sent letters out April 1, and while most are engaged in discussions with landlords, some are not, he said.

Cheesecake Factory, for example, told its landlords in a letter dated March 18 that it will not pay rent for the month of April.

The restaurant chain said in a public filing last week that it is in various stages of discussions with its landlords regarding its rent obligations, including deferral, abatement or restructuring of its rent. When contacted, the company declined to provide a comment beyond its public statement.

Apparel retailer Urban Outfitters likewise said on Tuesday that it would temporarily suspend rent payments. Sandwich maker Subway and Mattress Firm were also reported to have sent letters to landlords warning they may postpone or abate rents. None of the companies responded to Adweek’s request for comment.

Lease language may not provide an out

Many of these companies may have little legal cover for doing so, according to a corporate attorney currently advising a number of retailers on the matter, as well as a real estate executive.

For companies with only a few landlords, they are likely already in direct talks, Malfitano said, but for those with hundreds of landlords, it’s not feasible to have contacted them all prior to April 1. The strategy for the latter is to send a letter and invite discussions, he said.

“The game right now is to conserve cash,” Malfitano said. Most retailers are seeking rent relief for one to two months, while others are aggressively asking for three months of free rent.

Some of these retailers and restaurant chains may also have no choice financially but to not pay rent, the lawyer said. The lawyer pointed out that “Cheesecake Factory is a huge, sophisticated company. It wouldn’t have done that without a lot of thought.”

Solvent businesses in particular, however, do not have a viable rationale for withholding payment, the real estate executive said. Adidas, which is financially sound, was criticized by the German government for its plan to not pay rent. Consequently, the sneaker maker backtracked on that decision.

And while landlords are sensitive to the financial struggles of distressed retailers and willing to work with them, in either case tenants need to engage in discussions rather than send letters declaring their intent, the executive said, emphasizing that it is a contractual matter.

Most lease agreements—if not all—between retailers and their landlords include a “force majeure” clause, which may suspend liabilities due to a catastrophic event, such as a natural disaster. A number of companies are invoking the provision to withhold payment.

Force majeure clauses can either be worded broadly, or they can list specific qualifying events. In most cases, such clauses will not relieve a tenant of either their obligation to pay rent or their other economic obligations under the lease, the lawyer said.

One of the ways in which force majeure does provide relief for tenants is that it may allow them to close a store that would otherwise be required to be open. But since landlords are also having to shutter these facilities, the point is moot.

The anchor or co-tenancy clause is another aspect of lease agreements aside from force majeure that retailers and restaurants may cite to argue for the waiving or reduction of rent, Malfitano said. These clauses require that a certain number of stores in the shopping center or anchors, such as a department store tenant of a mall, remain open.

But the co-tenancy clause may not provide businesses with an out, depending on the lease language.

“Tenants may have other avenues of relief in the lease, such as a claim against the landlord for interruption of services, but if that interruption was caused by a force majeure event, tenants’ leases are rarely going to provide [them] with the right to a rent abatement,” the lawyer said.

The attorney recommends that clients have a “proactive” discussion with their landlords to see if a mutually acceptable solution can be found. Retailers and restaurants should also be review their leases carefully to determine their rights, they said.

Talking to the landlord

The better way to resolve the issue is through a discussion with landlords to come up with global solution, Malfitano said. He also said there are retailers that simply can’t afford to pay for rent for darkened stores, but it is also not financially feasible for landlords not to get paid for months.

In the situations the lawyer is involved in, negotiations with landlords involve some version of rent deferral. None involve rent forgiveness or abatement, in which rent is effectively waived, the lawyer said.

Typically, rent deferrals consist of reducing rent by a certain percentage, in most cases for the next three months, in some cases as many as four, the lawyer said. For example, a landlord may allow a tenant to pay half the monthly rent for each of the next three months. But the rent not paid over the entire period is added up, and then amortized, or repaid with monthly installments over the next 12 months.

Without an agreement in place, retail and restaurant chains that stop paying rent risk litigation and eviction once landlords are legally allowed to do so.

The retail executive pointed to Simon Property’s lawsuit against Starbucks in 2017, when the coffee chain attempted to close Teavana stores located in its malls. The mall operator claimed the move by Starbucks breached its lease agreements. After an Indiana judge ruled in Simon Property’s favor, the two parties reached a settlement in early 2018.

On a wing and a prayer

It could be that these companies are banking on litigation over nonpayment being tied up in an overwhelmed court system for years, or perhaps the chains have the dim view they may not even be in business, the lawyer said, ticking off a number of possible outcomes or rationales.

What retailers and restaurants that are withholding rent are likely hoping, perhaps on a wing and a prayer, is that there will be some financial aid from the government, or rent relief. There are so many factors that could alter the outcome, the lawyer said. “They are praying for statutory relief on rent.”

But the real estate executive said any remedy has to look at the entire ecosystem, not just one aspect of it. A statute that would only relieve retailers and restaurants from paying rent would have far-reaching negative consequences.

“We have shareholders, and we have insurance we have to pay,” the executive said, adding property maintenance among other expenses that need to be covered.

The nonpayment of rent could become a cashflow issue for landlords, according to Malfitano. “It’s a massive tangled web.”

If retailers stop paying rent, then landlords can’t pay their mortgages. That can then spill over into CMBS or collateralized mortgage-backed securities and into the financial system more broadly, according to Sarah Wyeth, who heads retail and restaurant coverage at rating agency S&P.