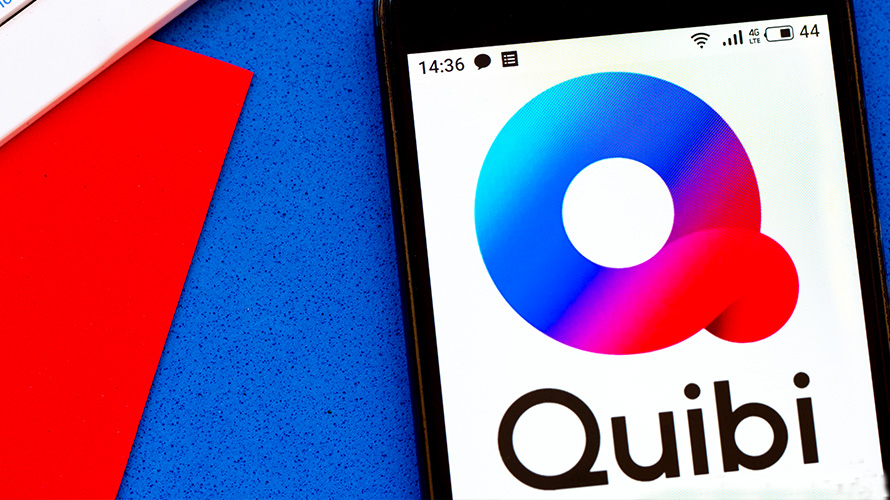 An estimated 72,000 people have converted their Quibi free trials into subscriptions, according to Sensor Tower, but Quibi disputes those figures 'by an order of magnitude.' Getty Images

Covid-19 has been a boon for some subscription video services like Netflix, which has reported surges in subscriptions amid the ongoing pandemic that has relegated many Americans to their homes. That hasn’t been the case for Quibi, the 3-month-old, short-form streaming service from execs Jeffrey Katzenberg and Meg Whitman that is struggling to get a foothold in a crowded digital video landscape.

Quibi, which debuted in April with more than $1.7 billion in venture capital backing and a robust slate of short-form episodes and series, reported 2.7 million downloads in the early months of its availability on the market, but has suffered lower growth than expected. Now, the streamer is facing another test: This week, Quibi reached the end of its 90-day free trial period for those who set up accounts during the service’s first week, meaning that subscribers will have to decide whether to start paying or pull the plug.

The prognosis so far is grim. While Quibi has been downloaded approximately 4.5 million times, according to the data analytics firm Sensor Tower, only an estimated 72,000 users who installed the app between April 6 and April 8 converted to paid subscribers beginning July 5—a maximum of 8% conversion.

A Quibi spokesperson disputed the figures. “The number of paid subscribers is incorrect by an order of magnitude,” the spokesperson said. “To date, over 5.6 million people have downloaded the Quibi app. Our conversion from download to trial is above mobile app benchmarks, and we are seeing excellent conversion to paid subscribers—both among our 90-day free trial sign-ups from April, as well as our 14-day free trial sign-ups from May and June.”

The download figures alone, though, are an indication of the challenges Quibi faces in carving out its position in the marketplace, especially as negotiations with advertisers for year two inventory are slated to begin later this summer. The service previously projected it would have 7 million paid subscribers in year one and promised advertisers big audiences out of the gate.

“I saw the projected numbers they had if they were in a perfect world, and I thought they were high from the start,” said one media buyer working with the service, who wished to remain anonymous.

Advertisers have begun negotiating new terms with the service to account for lower-than-expected viewership and Covid-19-related business shifts. The media buyer said there were “significant under-deliveries” on both sign-ups and impression deliveries for advertisers who signed up to advertise during Quibi’s first year. Makegood terms—whether they come in the form of cash back or ADUs [audience deficiency units] through year two—are still being ironed out.

"I saw the projected numbers they had if they were in a perfect world, and I thought they were high from the start."
an anonymous media buyer, about Quibi's ambitious subscriber projections

“A lot of their promise was having a lot of people on their platform, and that allowed for unique impressions to be delivered,” the buyer said. “You can deliver a $100,000 buy, but if you have 10 people on there, you just over-served the hell out of them from a frequency perspective. Our goal is unique impressions, and they have a long way to go to get those deals complete.”

Quibi has faced a number of hurdles out of the gate. Executives have blamed some of the service’s woes on the pandemic, which drew a line through the “on-the-go” moments like commutes or waiting for a coffee order that the company thought would make up the bulk of its usership. In an interview with Adweek at launch, Whitman said she believed people would still watch programming at home “in between Zoom calls or in between home-schooling the kids.”

Katzenberg has been adamant about the pandemic’s effects on the service’s prospects. “At the very moment where the world stopped being on the go is when we launched, which is a little bit of a cement wall that we ran into,” Katzenberg said recently in an interview at the entertainment industry conference SeriesFest. “But we will be out on the other end of that wall soon.”

Not everyone shares that rosy view.

“Quibi just doesn’t really understand what the consumer wants,” said Dan Rayburn, principal analyst at Frost & Sullivan and conference chairman of the NAB Show’s Streaming Summit. “The idea that they’re now going to blame the virus for the service not doing well, that’s just a cop-out.”

‘You can’t try to be everything for everybody’

For industry-watchers, the issue is not so much the timing of the launch but the service itself, which has positioned itself to compete more with free mobile video viewing on services like YouTube and TikTok than with traditional streaming television services like Netflix or Hulu, which are normally watched on connected television. At debut, Quibi offered a slate of 50 shows, many star-studded, that mixed short-form reality shows like Dishmantled alongside thriller series like The Most Dangerous Game and news programming from publishers like CBS and the BBC.

While the service has already greenlit second seasons of more than half a dozen shows, including Chrissy Tiegen’s reality series Chrissy’s Court and the prank show Punk’d, few of its series have cut through the cultural clutter. And some programming, like daily news shows, haven’t found as much traction as expected. (The company has already changed the way it promotes its Daily Essentials programming on the app.)

“Quibi has forgotten the No. 1 rule in this industry, which is that content is king,” Rayburn said. “If you don’t have good content, you’re not going to have a service that people are going to sign up for and watch, even if it’s free. The content is all over the place. You can’t try to be everything for everybody in a certain age group.”

The platform’s struggle to find big audiences has become a pain point that has drawn toxic buzz and mockery in the entertainment industry. “Here I am standing like a fucking fool with nobody watching,” comedian Jimmy Kimmel cracked during Disney’s virtual upfront roadshow presentation to advertisers last month. “I feel like every show on Quibi right now.”

For viewers who did find something to like on the app, there were limited ways they could watch and share. At launch, Quibi did not offer a way to co-view on television screens in their homes, and the app itself did not allow for taking screenshots of shows they were watching or sharing clips on social media, something that industry-watchers say hampered organic growth. In response, the company fast-tracked a connected TV casting option and has also made select episodes available on other platforms like YouTube; it’s also working on the ability to make Quibi shows more shareable on social.

There’s also the question of marketing and how Quibi has presented its wares to potential customers. Instead of trailers highlighting specific programming, Quibi’s focused the bulk of its advertising, including its big-ticket Super Bowl ad, on the app and the format of short-form programming, not the specifics of the programming. “That was a marketing miss that didn’t give users a need or a want to sign up and watch,” said the buyer. “People are going to Netflix to watch the right show—they’re not going to Netflix because the name is Netflix.”

The company has dialed back marketing plans just eight weeks into its debut, and has slowed its new programming releases due to production shutdowns, which Whitman has said curtailed recent growth. There are efforts now to center new advertising on specific programs.

"It's too late for them. They'll try to make it work, but you have people running the company who don't understand the market they're going after."
Dan Rayburn, principal analyst at Frost & Sullivan

Then there is the format itself: Short-form episodes, which clock in at under 10 minutes, are not necessarily intuitive. One staffer at Adweek testing out the service downloaded too few episodes before their last flight, and found that a mobile screen was particularly difficult for viewing.

“I have something called a pause button,” Rayburn said. “Why does it have to be chopped up for me? As consumers, that’s not what we’re asking for.”

There are other headaches, too. Advertisers who signed on to the service for year one used the new platform to test its “Turnstyle” format, which allows programming and ads to be viewed fullscreen in either orientation. That turnstyle tech is now the subject of a well-funded copyright lawsuit brought by the interactive video developer Eko.

‘It’s too late for them’

It’s a seemingly endless list of challenges for the well-funded startup, which is now tasked with making good with launch sponsors disappointed with year one results while looking to bring additional advertisers on board. In a previous interview, Whitman said conversations about year two would begin in the fall “if we get back to any kind of economic activity by the mid-end summer;” now the uncertainty around the pandemic and around whether Quibi can deliver for new advertisers comprise the storm cloud over the new service.

The buyer said they remained optimistic that Quibi could turn the ship around by shifting its marketing plans, leaning into programming that works and finding new ways to bring advertisers on board. There’s one hurdle for bringing in new advertisers, though: Quibi’s approach has remained focused on signing big-ticket advertisers to sponsorships, the buyer said, which “makes for a really difficult sell right now.” That buyer would prefer to see IOs or even a programmatic option to give advertisers a more cost-effective way into the service.

“They need to get out of their own way and get off their high horse,” they said.

Others are less certain of Quibi’s ability to rectify its troubles.