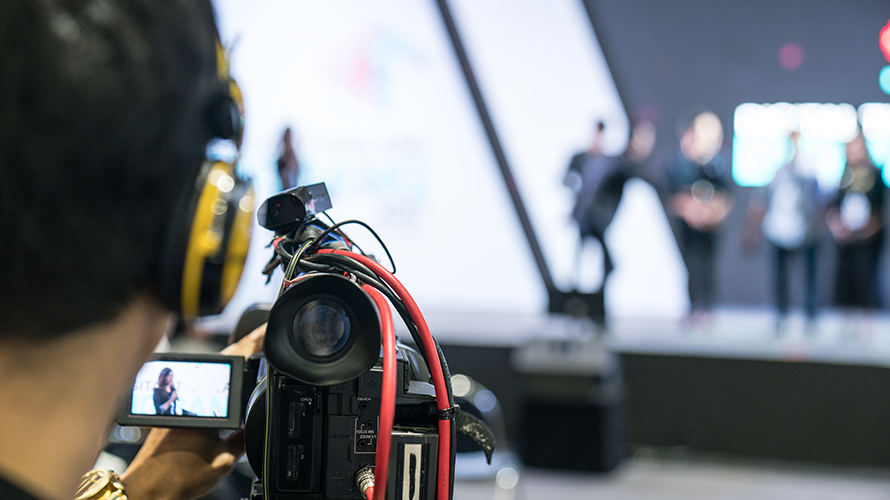 B2B brands who get involved in video will be jumping into a movement in its infancy. Getty Images

The 11th annual NewFronts wrapped up late last week in New York City, and we learned that video is now everywhere, which should excite marketers regardless of their industry. Video is more than an exciting medium; it amplifies the intended emotion in a brand’s story at a level that banner or text ads simply can’t achieve.

While NewFronts focused primarily on consumer brands, let’s consider what business-to-business marketers can learn from the conference’s big themes. Too many people think of B2B as a zone for serious, strictly professional messaging. Increasingly, however, the strategy is for B2B marketers to take a page from the consumer marketing playbook and focus on reaching people by connecting to human emotion, prioritizing quality environments and investing in video.

While social video played a major role in many of the few hundred media partnerships announced during the show, one new initiative is particularly worth pointing out: Group Nine-owned media property NowThis debuted NowBreaking, video news content that will air on Snapchat’s Discover channel. The partnership represents Snapchat’s first breaking news channel. Does the app’s audience care about politics, which NowThis often covers? We’ll find out when the show starts airing in the coming weeks.

Video is more than an exciting medium; it amplifies the intended emotion in a brand’s story at a level that banner or text ads simply can’t achieve.

This move accents a new imperative for social video: deliver relevancy, context and quality to ad buyers, whether they are from the B2B or B2C realm. They want their video campaigns to intrigue, excite or inform viewers in their newsfeeds rather than annoy them due to bad context. The best way to get brands in front of the right individuals at the right time is via data-driven video ads on platforms and publishers that offer sophisticated audience targeting.

Social video is a particularly big opportunity for B2B. A recent study found that 70 percent of B2B buyers watch videos on platforms like YouTube, Twitter and LinkedIn along their path to purchase. Meanwhile, social video generates 1,200 percent more shares than text and images combined, according to smallbiztrends.

Use video for lead-generation

For B2B marketers, branding is only part of the equation when it comes to social video. The combination of sight, sound and motion is powerful when done correctly; therefore, B2B players should also consider video as a lead-generation tool. By utilizing video ad units that let prospects sign up for webinars or request an introductory call, marketers can build their lead-gen lists.

What’s more, B2B marketers may want to consider creating downloadable, evergreen video webinars instead of the audio webinars everyone else is doing. Video costs more to produce and is logistically harder to pull off due to participants’ availability constraints, but 52 percent more B2B buyers now use video compared to two years ago. The opportunity to post these kinds of videos to social networks while amplifying them with targeted ad buys via audience segmentation can help marketers garner a healthy ROI.

Over the next year, more than 50 percent of ad buyers plan to increase digital and mobile video spending. This emerging reality was on full display at NewFronts, specifically with mobile and smartphone-based announcements coming from ESPN, OATH and many others.

It’s now clear that consumers don’t mind the small-screen experience, which is personal, immersive and can deliver big for advertisers. B2B buyers, being consumers themselves, have the same viewing habits as everyone else. Consequently, the opportunity for B2B players is fairly evident if they want to reach their prospects where they’re spending their time.

A bevy of publishers revealed live video plans at NewFronts. Thrillist wants to reinvent the road trip with a show called “America Takes the Wheel.” Refinery29 debuted a Cheddar-style news channel for women’s fashion. And the NBA, ESPN and MLB announced they’ll soon broadcast more live games than ever on platforms like Twitter.

We are seeing live video’s impact on B2B, too, with influencers like Vaynermedia CEO Gary Vaynerchuk and Do You Zoom CEO Seth Godin regularly getting tens of thousands of people to watch them address topics live via social platforms. I’ve recently tried my hand at live video, broadcasting on LinkedIn while I walk to work in Manhattan. I’ve found it’s a great medium for connecting with people on topics that matter to me. I’ve also learned that the combination of live video on social platforms starts conversations you wouldn’t normally have. The effort only takes a few minutes out of your day, so I fully expect more B2B players to jump on the live video trend. And you don’t have to be a Vaynerchuck or a Godin to pull it off—I’m proof of that.

In sum, B2B video marketing is in its infancy, but that’s what makes it an exciting area to attain expertise. Players in the space should take note of NewFronts’ major themes, keep track of video trends in general and remember that prospects are consumers, too. Don’t be afraid to use messaging that stirs emotion the way B2C campaigns often do. It may just be the future of B2B.