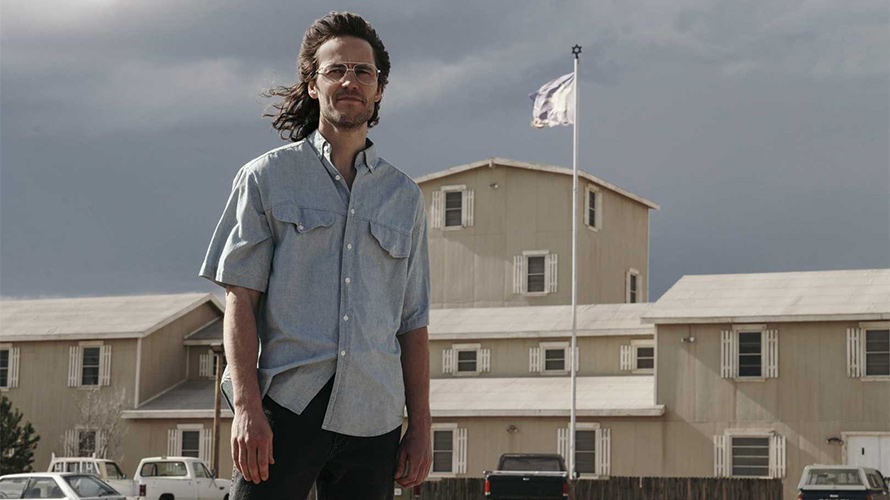 Launching a new network has always been tough, but it would seem near-possible in the Peak TV world, as broadcast and cable networks struggle to keep audiences from migrating to ad-free options like Netflix, HBO and Amazon. But the Paramount Network, which rebranded from Spike last Thursday, is undaunted in its quest to lure viewers.

Almost one year after Viacom CEO Robert Bakish announced the Paramount Network’s formation as part of his company’s strategic shift to six “flagship” networks, network president Kevin Kay (who also oversees TV Land and CMT) is relishing the opportunity to not only thrive against his cable competitors, but go toe-to-toe with the premium outlets.

He’ll get his first real chance tonight, as Paramount launches its first original scripted show: Waco, a six-part miniseries about the 1993 federal siege on David Koresh’s Branch Davidian compound in Texas. That will be followed by dark comedy Heathers (based on the 1989 cult film) on March 7; dramedy American Woman (starring Alicia Silverstone and inspired by the real-life upbringing of The Real Housewives of Beverly Hills’ Kyle Richards) on June 7; and Yellowstone (starring Kevin Costner as a patriarch who controls the largest ranch in the U.S.) on June 20.

Ahead of Waco’s premiere, Kay spoke with Adweek about the seven biggest ways he’s pulling out all the stops for the network’s launch, including reducing ad loads and creating “appointment television.”

During Viacom’s intimate upfront dinners with agencies last spring, Kay connected with several buyers who were excited about the new network, but told him, “we need to change the viewing experience,” he recalls: “If you say you’re going to compete with Netflix, they don’t have any commercials. We can’t be in that business, but how do we make the experience more pleasurable?”

Paramount will do that by cutting its ad load for their original scripted shows by 30 percent. That starts tonight with Waco, which will only have three ad pods. “That required a lot of negotiation with clients about raising CPMs to make up the difference, but we’ve been able to get there,” said Kay.

Whenever possible, the ads that run with Paramount’s original series won’t be traditional 30-second spots. The first commercial pod for Waco will feature a movie trailer for Paramount’s upcoming sci-fi thriller, Annihilation. “So as a viewer, you’re watching something that looks like a movie, and then you’re seeing something [else] that looks like a movie,” says Kay.

The ad innovations will continue with Paramount’s upcoming slate of original shows. After an idea from Paramount Network CMO Niels Schuurmans, American Woman will feature ’70s-themed ads from brands. “So the audience will go to commercial and they’re seeing something that comes from the same time,” said Kay. “And they’re like, wait, it doesn’t feel like it’s a commercial now.”

Two brands have already agreed to run the retro spots with American Woman. “They love the idea and they’re trying to figure out the creative,” said Kay, who is also open to organic integration opportunities like Ram Trucks’ partnership on Yellowstone, where the brand provided trucks for all the main characters. “That was a no-brainer. It totally makes sense.”

He’ll have a wider variety of brands to work with: Paramount has brought in advertisers beyond the action movies and console video games that dominated on Spike. New launch brands for the network include Crest, Pizza Hut, Delta Faucets, Dole and Sonic.

Compete with Netflix and HBO, not TNT and USA

When discussing his competition, Kay doesn’t mention TNT and USA—an intentional oversight, even though those networks would seem to be Paramount’s counterparts at Turner and NBCUniversal.

That positioning becomes even more essential as Paramount enters bidding wars with other premium outlets for projects. “I thought, let’s put aside general entertainment and stop talking about it that way, and start talking about it as premium,” explained Kay, whose approach helped him land Yellowstone and convinced Costner to star in his first TV series.

When he secures a project like Yellowstone, “you think, we can compete with these guys,” said Kay. “We can play in that same game. If we don’t—if we do stuff that feels old-fashioned—then we’re not going to succeed.”

In his search for content, Kay is focusing on projects he thinks will run on the network for five seasons or more. “You’ve got to pick them really carefully. Because these things have to have that lifespan in order for them to return anyway on your investment,” said Kay.

It was a lesson he learned the hard way at Spike. “We said, okay, we’ll do 10 episodes, and we’ll spend $3 million an episode, and then it goes away,” he explained. “The worst thing that can happen is, it gets cancelled after the third season. Because they’ve invested so much in it, and you’ve got 30 episodes and it’s gone—and you can’t sell that to anybody.”

Kay said there wasn’t much debate about choosing Paramount as the network’s new name, given that “it’s a brand that has only positive associations. It means what original programming is: Great stories, great storytelling, great characters, great talent in front of and behind the camera. It has no negatives. We did the research.”

Just as importantly, Kay added that “we own the name, and nobody sues us”—unlike when Spike launched in 2003, leading to a lawsuit from Spike Lee (he and the network settled out of court).

Kay wants to evolve the male-centric Spike audience into a 50-50 split between male and female viewers on Paramount Network. He picked Waco as a natural show to start that transition. “That’s going to be predominantly a male audience. There’s action in it, but I think women will watch it too because it’s big and broad, and a lot of it is about the female characters,” said Kay.

Then, as his daily content of syndicated series like Friends increases Paramount’s female audience, he’ll target women more directly with the next two series, Heathers and American Woman.

During TCA winter press tour earlier this month, Kay told reporters that he wants Paramount to “make linear TV urgent again.” That means keeping audiences engaged by “making them want to watch every week, not every 10-12 days,” which was often the case on Spike. “So you have to think, how do we pick the things that people are definitely going to want to watch? It’s got to be appointment television,” he said.

That mantra led him to projects like Heathers (“it’s so dark, so disturbing and so funny that people will find they want to watch it every week”) and Yellowstone (“in success, it’s a great family drama.”)

With steadier slate of scripted shows, Kay is able to break out from the “crazy model” under which Spike would spend “a fortune” to launch one scripted show each year—like last summer’s The Mist—“and then the audience went away for a year and we’d have to spend again,” he said.

Instead, he’s trying to “eventize these launches. You’ve got to get them there first, and make them fall in love with the product,” said Kay. “We have to think about marketing in different ways than we traditionally thought about it.”

That means focusing less on billboards—which have become so ubiquitous that “I don’t see them anymore,” he said—and more on social marketing and mobile, which is “where this audience is consuming,” particularly when it comes to the campaign for Heathers, which is set in a high school.

“We probably won’t end up spending a ton of money on print or TV,” Kay said. “We’ll market it across our channels, obviously, but like going out-of-house, that money is all going to be spent on digital and social.”