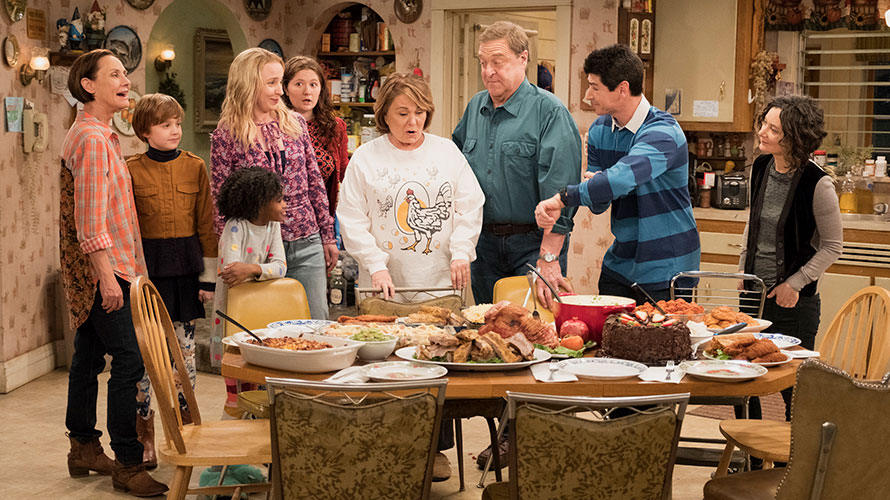 Two days after ABC canceled its top-rated series Roseanne following Roseanne Barr’s racist tweet about President Obama’s White House adviser Valerie Jarrett, the network is still formulating a plan about what will fill the hole in its schedule this fall.

As soon as tomorrow, the network could meet with Roseanne executive producers Sara Gilbert (who also plays TV daughter Darlene), Tom Werner and showrunner Bruce Helford to discuss options to bring back some version of Roseanne, according to Variety and other reports.

ABC told Adweek the reports are still speculative at this point, but the idea has been gaining traction, given social media sentiment that the show should continue without Barr—and that the network and Carsey-Werner, which produces the series, are already on the hook for several of the actors’ salaries for next season (including Gilbert, John Goodman and Laurie Metcalf).

In an email to ABC staffers yesterday, Disney-ABC Television Group president Ben Sherwood, who had joked about Barr’s Twitter feed two weeks earlier while onstage at ABC’s upfront, talked about “the many men and women who poured their hearts and lives into the show and were just getting started on next season. We’re so sorry they were swept up in all of these, and we give thanks for their remarkable talents, wish them well and hope to find another way to work together down the road.”

One sticking point in the long-shot discussions will be Barr, who would have a financial stake in any revival or spinoff of Roseanne. While Matt Williams is listed as the sole creator of the show, it was “based on a character created by Roseanne Barr,” so even a show with a different title—say, The Conner Family—would financially benefit Barr.

Convincing Barr to give up any stake in a new version of Roseanne will be unlikely. Barr initially vowed to quit Twitter, but since her show’s cancellation, she’s alternated between tweeting apologies for putting hundreds of cast and crew members out of work and criticizing castmates Gilbert and Michael Fishman for condemning her racist tweet. She’s also retweeted various conspiracy theories about the circumstances surrounding Roseanne’s demise.

The decision to cut ties with the network’s No. 1 show, and TV’s most-watched comedy in the 18-49 demo, dealt a blow to ABC’s upfront negotiations, which are currently underway. One buyer told Adweek that with no Roseanne and no Scandal (which ended its run last month) in this upfront, it will be tough for ABC to increase its upfront haul this year. Another buyer noted the network will be challenged to deliver what it’s selling now in the upfront, and Roseanne would have boosted the ratings (and therefore the CPMs of) the other Tuesday night shows like new sitcom The Kids Are Alright, which had been scheduled to air after Roseanne at 8:30 p.m., followed by returning comedies Black-ish and Splitting Up Together.

Any new version of Roseanne wouldn’t be finalized in time to impact ABC’s upfront sales, which are expected to wrap up within the next month.

Roseanne brought in an estimated $45 million in ad revenue this season, according to Kantar Media, with original airings next season expected to rake in an estimated $60 million. However, Standard Media Index, which tracked close to 80 percent of national ad spending on the show, estimated that ABC’s 2017-18 ad revenue for Roseanne was much smaller—closer to $16.5 million for last season.

In addition to the possible Roseanne-adjacent series, ABC is also reportedly considering a spinoff to its other just-concluded sitcom about a Middle America family, The Middle, which would focus on Eden Sher. The network already has a spinoff to sitcom The Goldbergs, called Schooled, on the schedule for midseason.

The writers room for Roseanne’s next season assembled Tuesday, less than an hour before ABC announced it was canceling the show. In last week’s cover story on Roseanne, Helford said he and the writers had big plans in store: “Like a good Avengers movie, we’ve planted a lot of seeds in the show about things to come.” That included Roseanne Conner’s son D.J. welcoming his wife back from fighting in Afghanistan, Conner daughters Darlene and Becky—both currently single—moving forward romantically and a Halloween episode.