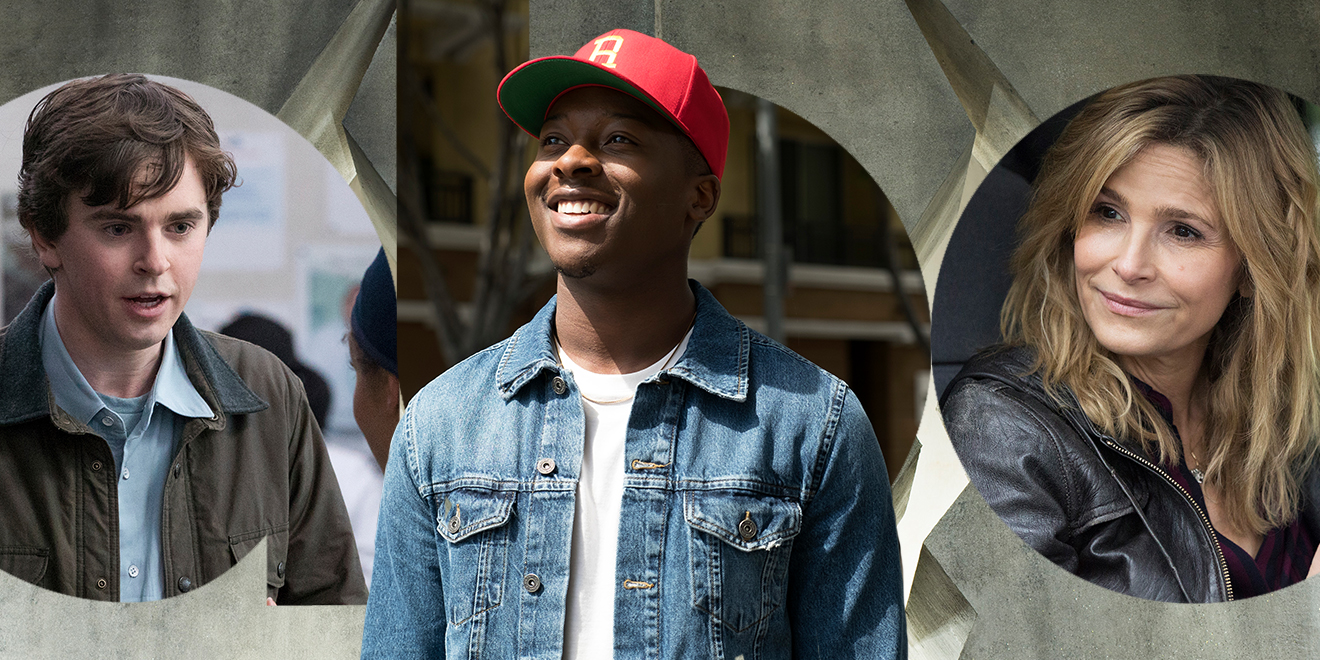 The network's fall freshman shows include The Good Doctor, The Mayor and Ten Days in the Valley. Photo Illustration: Dianna McDougall; Sources: ABC

We’re halfway through our weeklong look at each broadcast network’s new fall shows. Today, the focus is on ABC, which has been stuck in fourth place in the 18-49 demo for the past two seasons. Channing Dungey has been ABC Entertainment president for a year and a half, but this fall represents the results of her first complete development season as network chief.

ABC’s most-anticipated new shows, its controversial revival of American Idol and a revival of Roseanne, won’t debut until midseason. As the only one of the big four broadcasters without the NFL on its schedule this fall, the network’s hopes for crawling out of fourth place in the first half of the season rest on the performance of its five freshman series.

But the new slate is a mixed bag. It includes one of the best freshman shows on any of the networks as well as the worst new broadcast series you’ll see this fall. The other three entries are in line with the majority of season’s mediocre fall offerings—not great, not awful, just fine. But with as many as 500 scripted shows competing for attention this year, “just fine” just isn’t going to cut it.

And while a pilot isn’t always the best way to judge a show’s ultimate potential, it’s often the only episode audiences see before deciding whether to stick around or cut bait for good.

With that in mind, here are ABC’s new fall shows, ranked from least promising to most:

The plot: Based on the Marvel comic, the series follows the Royal Family of Inhumans, who live secretly on the Earth’s moon but are forced to flee to Hawaii after a military coup.

The verdict: Everything about this is a mess, from the ill-fated decision to screen the premiere four weeks early in Imax theaters (where its flaws were magnified on the country’s biggest movie screens) to the shoddy quality of the show itself. With muted performances, a clunky plot—this may very well by the dullest coup in TV history—and the soundtrack’s excruciating covers of “Paint It Black” and “Break On Through (To the Other Side),” Marvel is scraping the bottom of the barrel here. Even the show’s Hawaii location is wasted onscreen.

Is it good for your brand? This isn’t good for anybody’s brand, especially Marvel’s. If you really want to buy spots on a Marvel show this fall, head over to The Gifted on Fox.

The plot: A troubled man (Jason Ritter), who has returned home to live with his widowed twin sister and niece in Texas, meets a woman (Kimberly Hebert Gregory) who tells him he is the world’s last “righteous soul” and has been chosen to restore balance by finding 35 other righteous souls. Oh, and he’s the only one who can actually see her.

The verdict: ABC is trying to avoid Touched by an Angel comparisons by having Yvette insist that she’s not a guardian angel but “a warrior for God.” So if Touched by Not an Angel sounds like your cup of tea, then give it a shot. It’s adequate but doesn’t distinguish itself early on from the network’s typical one-season-and-done freshman dramas.

Is it good for your brand? Given the spiritual content, you won’t want to put anything too controversial here, but beyond that, you’ll probably be OK.

The plot: Kyra Sedgwick is a TV producer and single mom whose daughter goes missing while she’s pulling an all-nighter to rewrite a script—and everyone around her is a suspect. Each of the show’s 10 episodes will focus on a different day of the investigation.

The verdict: This has an intriguing debut, but the quality falls off in the second episode. (It echoes the steep post-pilot decline taken by another recent ABC series involving a missing child, Joan Allen’s The Family). While the role gives Sedgwick more of an acting workout than her last regular TV role on The Closer, she’s let down by the writing. If her character cares more about herself than her missing daughter, why should audiences be interested in the child’s whereabouts?

Is it good for your brand? Probably only if you want to align yourself with Sedgwick or were happy with the performance of ABC’s other recent Sunday night limited series about crime, Secrets and Lies. The show seems incompatible with the family-themed Shark Tank, which will serve as its lead-in and provide a more hospitable (and higher-rated) environment for brands.