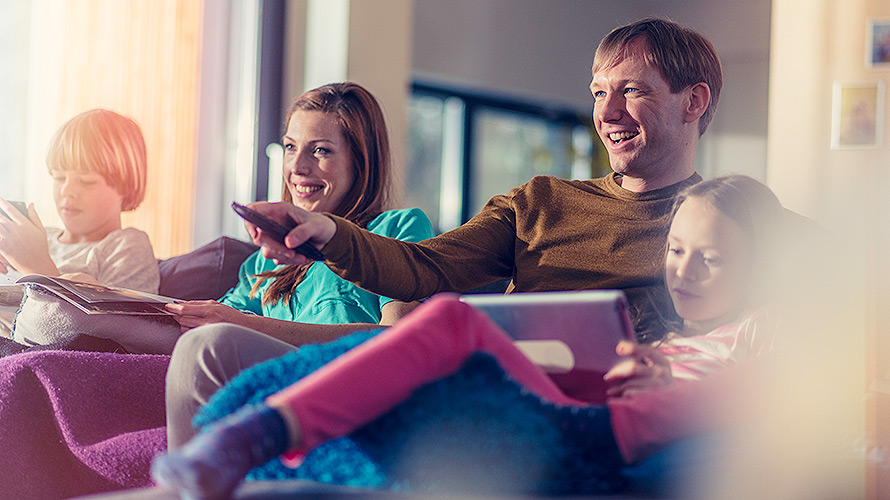 A month and a half after more than 40 network ad sales and research execs met to discuss the attribution measurement platform formerly known as “Thor,” several networks are taking the next step and will begin testing the offering during the first quarter of next year.

The model from Data Plus Math (also known as D+M), an independent company that launched last year and provides analytics and data to networks, on a per campaign basis.will help networks determine the sales impact from premium, multiscreen TV video advertising—in other words, show how TV ads impact actual product sales.

Several media companies, including AMC Networks, A+E Networks, Discovery Communications and Fox News, will test the offering with select campaigns early next year, running attribution analytics for clients across specific advertising categories. The networks then hope to use that data, which they expect will prove how effective TV is in driving sales, in next year’s upfront to lure advertising dollars away from digital.

“We’ve been remiss in not giving marketers the kind of tools they need to prove TV’s value,” said Mel Berning, president, revenue, A+E Networks. “We’ve had countless conversations where advertisers say to us, ‘We know TV works. Give us some supporting data.’ Digital has done a really good job and getting out and providing metrics that support their product, and the whole idea here is help advertisers justify moving dollars back to TV because they know and we know it works. This is a way to prove that in the marketplace.”

With the testing next year, “I think we can get to a place before the upfront where we start pulling dollars back to the medium,” Berning said.

"The whole idea here is help advertisers justify moving dollars back to TV because they know and we know it works."
Mel Berning, president, revenue, A+E Networks

Data Plus Math incorporates a variety of data sets, including from Nielsen and comScore, along with millions of set-top boxes, smart TVs and OTT platforms. It will match the anomyized TV ad exposure data with observed customer outcomes to measure the impact of TV across screens on driving customer sales and conversions.

In October, ad sales and research execs from several networks and media companies, including ABC, A&E, AMC, CBS, The CW, ESPN, Fox, Discovery, Hallmark, NBCU, Turner and Viacom, met with Data Plus Math execs to discuss the project, which at the time was nicknamed Thor. A source said that code name had been intended to apply to the meeting, not the platform, and is no longer being used in connection with the platform.

While only AMC, A+E, Discovery and Fox News have publicly confirmed they are testing the model, other networks are moving forward more quietly. A few others, including ABC, The CW and NBCUniversal, are still in talks with Data Plus Math, while the rest are staying on the sidelines.

“We know that advertising on our networks builds brands and results in buying decisions in many cases far more effectively than other forms of advertising,” said Scott Collins, president of advertising sales, AMC Networks. “So we are pleased to participate in this effort to use technology to demonstrate in clear and direct terms the value of the impressions we deliver across our five popular and well-defined networks in a dynamic and competitive marketplace.”

AMC will be testing with one advertiser in the first quarter, while A+E Networks is planning a much broader test across key categories of all sizes. “We’re looking for ways to tell the story about why TV works and how TV works. The real objective is to have the model turned up and ready for the upfront,” Berning said. “We want to make sure we do a cross-section of categories and clients.”

D+M data will provide information that clients have been seeking “for years,” said Ben Price, president of national advertising sales, Discovery Communications. “The industry needs something that’s scalable and to come up with some kind of standard attribution model that benefits advertisers, agencies and media companies.”

“We can’t live with 57 different ways” of monetizing and valuing TV and digital platforms, said Bob Rupczynski, global vp, media and customer relationship management for McDonald’s. The true value of an ad buy for his company, he continued, is getting people to come into the restaurant, and he wants to be able to measure which ads and which platforms deliver on that.

While there are other attribution models on the market vying for attention, the D+M offering “has a more comprehensive scope of both linear and digital,” Price said. “After looking at a few different vendors out there, we think that Data Plus Math was the best one that we had seen.”

NBCU is still in talks with Data Plus Math at the moment, but Yaccarino told Adweek in October that she was optimistic about the potential benefits of new offerings like that company’s multitouch attribution measurement model. Yaccarino said the data would prove the power of ads that appear on NBCUniversal’s portfolio versus those on digital competitors like Facebook.