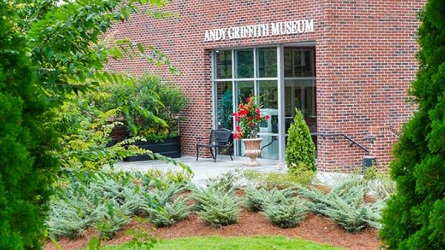 It started off with some wonderful synchronicity. When the renovated Andy Griffith Museum reopened last week in Mount Airy, N.C. just ahead of the holiday weekend, local newspaper The Mount Airy News made note of a very aptly named first visitor:

The first person to walk through the doors of the revamped facility just happens to be named Andy Mayberry (no lie).

As it turns out, the man known by the official title of Rep. Mayberry–who lives in Arkansas and serves in the state Legislature there–was swinging through Mount Airy with his wife Julie and their four children, ages 10 to 17. The family is on a summer vacation trip with Washington, D.C., as the main destination.

The museum’s executive director caught wind last Thursday morning of Rep. Mayberry’s presence in town and quickly arranged for him to be the first official visitor. Kudos to Surry Arts Council executive director Tanya Jones for Carpe-ing the Diem. 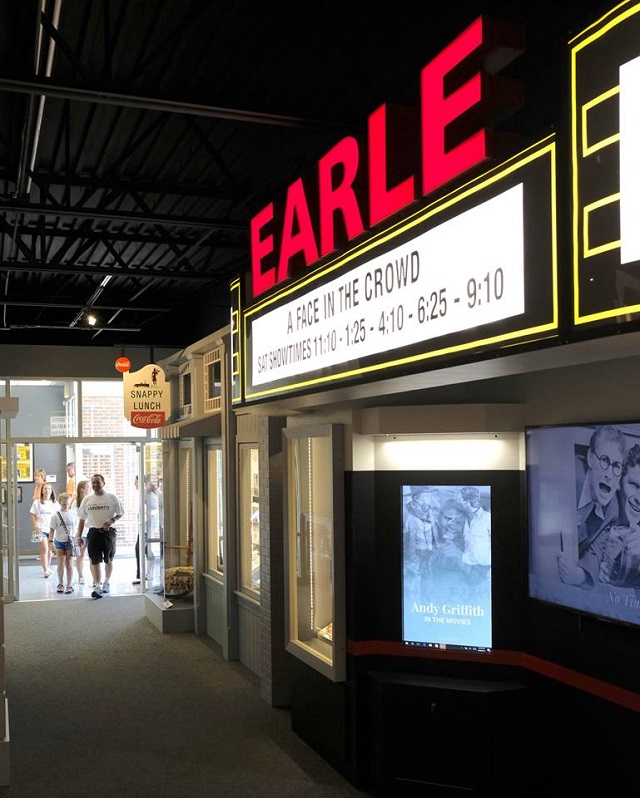 And now, post-holiday, the Winston Salem-News is chiming in with a rave review. One of the big new features of the attraction is a series of recreations of various building fronts, from fictional Mayberry and beyond, to bring the Mount Airy native son’s accomplishments to life:

One building facsimile is devoted to Griffith’s movie career. It contains a marquee of the local Earle Theatre listing the debut of “A Face in the Crowd” in 1957 with the show times as they appeared in an actual newspaper ad promoting the involvement of the local man.

In each scene or setting, the museum items pertaining to it have been integrated.

There are also nearly two dozen new interactive elements, to better showcase the collection of items donated officially to the museum in 2013 by the estate of Emmett Forrest, a longtime friend of Griffith’s. Admission is $8 for adults.

By the way, the aforementioned Rep. Mayberry, now serving his second term, holds a degree in journalism and owns a pair of Arkansas newspapers.