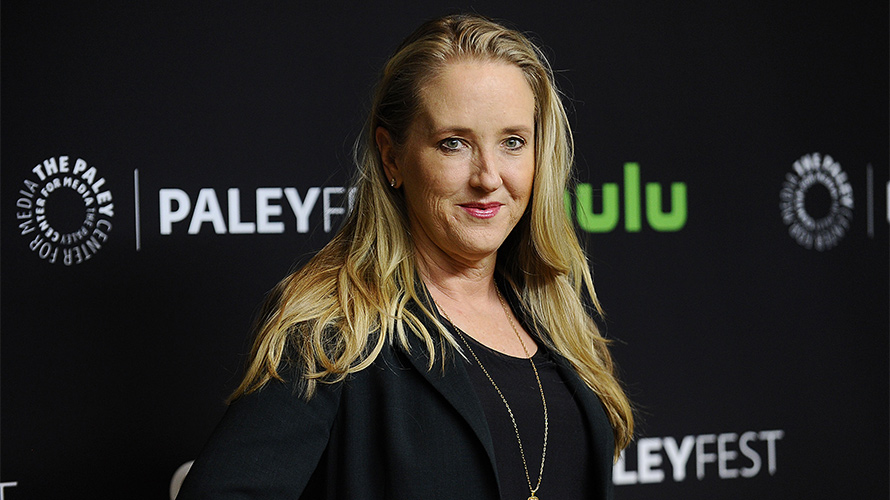 After a four-month search, Amazon has finally found its next Amazon Studios chief: NBC Entertainment president Jennifer Salke, who will oversee TV and film production for the company. The position that has been vacant since Roy Price stepped down in October following sexual harassment allegations from a producer on Man in the High Castle.

Amazon talked to several TV and film execs—including Fox Television Group chairman and CEO Dana Walden (who took herself out of contention in January) and A+E Networks president and CEO Nancy Dubuc—before hiring Salke. Over the last six years, Salke helped elevate NBC from fourth place to first place among broadcasters in the 18-49 demo with hit shows like This Is Us and the Chicago franchise.

“It’s an exciting time to be a content creator, and I look forward to being on the front lines of an innovative business with storytelling at its heart,” Salke said in a statement.

Landing the coveted job was the easy part. Salke now has to tackle a laundry list of challenges for Amazon, which had been losing ground to fellow streaming services Netflix and Amazon even before the controversy that led to Price’s exit. She’s got a lot on her plate, but here are the five priorities she’ll need to address immediately as she takes the helm.

Finding talent to write and run Lord of the Rings

Now matter how Salke would like to shake things up at Amazon, her top priority has already been dictated by Amazon CEO and founder Jeff Bezos, who decreed last September that Amazon’s TV priority is finding huge global hits like Game of Thrones. In November, Bezos then put his money where his mouth is by nabbing rights to turn Lord of the Rings into a TV franchise, throwing down $250 million—though that figure could reach a whopping $1 billion with production costs.

But the deal was made without anyone in place to determine the course of the franchise or steer the ship, as David Benioff and D.B. Weiss did on Game of Thrones (and will do so again when they create a new series of Star Wars films). Before Salke makes any other moves, she’ll need to determine which person or team to entrust with a franchise that—for better or worse—will define her Amazon Studios reign.

Price may be gone, but the company still has at least two big issues to grapple with as a result of the #MeToo/sexual harassment movement.

Salke will need to decide how—or even if—to proceed with Transparent in light of the sexual harassment allegations surrounding series star Jeffrey Tambor. He said in November that “given the politicized atmosphere that seems to have afflicted our set, I don’t see how I can return to Transparent” for its fifth season. While creator Jill Soloway was considering the possibility of continuing the show without Tambor, no final decision had been made, and Salke will have to determine the fate of the series that helped put Amazon Studios on the map.

On the film side, there’s the thorny issue of the five-film deal Amazon made with Woody Allen in 2016. Dylan Farrow’s long-standing accusations that Allen molested her when she was 7 have gained new traction, leading many actors to distance themselves from the writer-director, including some stars of the second film under his Amazon deal, A Rainy Day in New York. Amazon is considering cutting its Allen deal short, but once again, the decision will be Salke’s.

No matter what happens with Transparent, Amazon is changing up its comedy strategy, moving away from quirky comedies like One Mississippi, I Love Dick and Jean-Claude Van Johnson (all of which were recently canceled). The Marvelous Mrs. Maisel has been a success, winning two Golden Globes last month, but Salke will need to work the same magic she did at NBC, where she rebuilt its comedy lineup with shows like Superstore and The Good Place. She needs her own version of The Unbreakable Kimmy Schmidt, which ironically, Salke shepherded at NBC; the network picked up the series, but determined its comedy lineup at the time wasn’t strong enough to launch it, which led to the series being sold to Netflix instead.

The atmosphere at Amazon Studios had turned toxic even before Price’s departure with David E. Kelley, who left his Amazon series Goliath after the first season, telling the Wall Street Journal that “they are in way over their heads” and vowing that he won’t work for Amazon again “until their entertainment house is put in order.”

Amazon signed Catastrophe co-creator Sharon Horgan to a new deal last month, but Salke will have to reassure creatives that she’s righted the ship and that the company won’t repeat its past mistakes with the creative community, which has more suitors than ever for their services.

In 2013, when Amazon first began posting its pilots online and asking users to give feedback about which shows should move forward, it seemed a novel way to pull back the curtain on the often-mysterious development process. But five years later, in the midst of Peak TV, it’s hard enough to find time for shows that have actually been produced, much less a pilot that may not get picked up—and Amazon’s once-promising process seems far less useful.

In December, Amazon passed on all three of its last pilots that were streamed for users, including Sea Oak, starring Glenn Close. With Amazon giving out more straight-to-series orders, it seems the time has come to pull the plug on the public pilot process.

For Salke, that decision is part of a much larger pilot strategy. Will she go the Netflix route: straight-to-series across the board? Or will she stick to the pilot process that has served her well at NBC? We’ll find out soon.