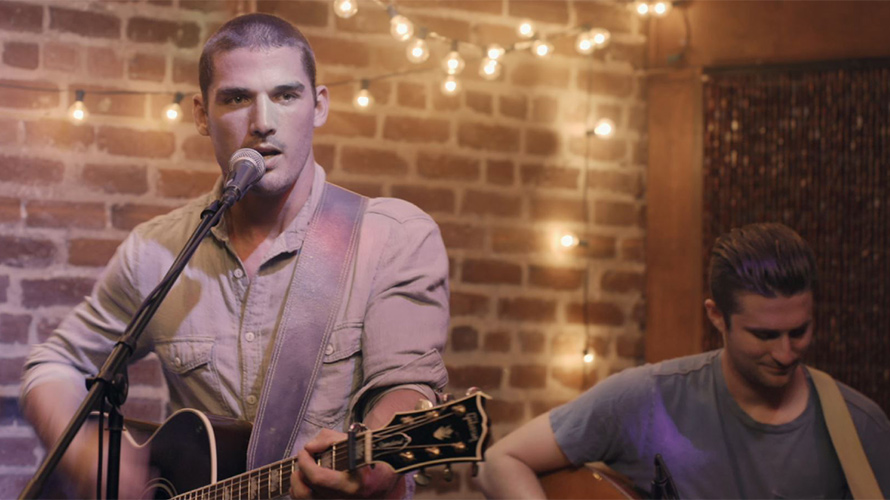 Music City is a blueprint for the types of shows that CMT will make going forward. CMT

Like many cable networks, CMT jumped on the scripted bandwagon a few years ago. However, while acquiring Nashville after ABC canceled it in 2016 gave the network a ratings boost, its original scripted shows Still the King and Sun Records didn’t connect with audiences, so CMT will be jumping off the wagon once Nashville’s series finale airs in July.

“Open country” refers to “the crossroads of tradition and change in country,” said CMT general manager Frank Tanki. He pointed to the drama Nashville, which “was inherently a story rooted in country, but very modern. It was very open to every part of the country, and it seemed very premium.”

The series is leading CMT’s embrace of “modern country culture,” said Tanki. While music remains at the network’s core, “there’s this big opportunity to be more of an all-touchpoint media brand and less of a niche.”

Nashville brought new audiences to CMT and helped fuel 15 consecutive months of year-over-year total ratings growth in two key demographics (adults 18-49 and women 18-49), giving the network its highest ratings since 2014 and making its audience more affluent and diverse. More than half of CMT’s adult audience now has a household income greater than $75,000—a 20-percent increase from a year ago—with double-digit increase in African-American women and Hispanic women.

With Nashville winding down (it returns June 7 and will air its series finale on July 26), CMT will work to keep those fans—and the advertisers that the series brought to the network for the first time—from leaving.

Initially, the network had hoped to use Nashville to funnel audiences to its other scripted series; instead, viewers skipped the scripted fare in favor of other CMT programming.

Kay said that while he thought Sun Records was a great show, “it was very expensive. When you look at the return on investment, I was just like, I don’t see the need for it anymore.”

Instead, the network looked to Nashville as “a reset for where we wanted the brand to go,” said Tanki.

They see the unscripted Music City, launching tonight, as a logical continuation of what Nashville brought to CMT. The reality series, from The Hills and Laguna Beach creator Adam DiVello, follows five people trying to make it in Nashville.

Music City “isn’t scripted, but it feels like the quality of a scripted show,” said Kay. “So these are the kinds of ideas that I think make more financial sense for a network.” He explained that with unscripted, “if you pick the right properties, you don’t have to be spending millions and millions of dollars an episode to bring an audience to a channel that needs to grow.”

CMT used last week’s midseason finale of Nashville to drive viewers to Music City, airing a three-minute sneak peek. Additionally, the show’s marketing is playing up DiVello and his Hills/Laguna Beach pedigree, as CMT hopes to draw in fans of those shows who are now in a different stage of life.

Music City is a blueprint for the types of shows that CMT will make going forward. “One thing we’re looking at is, what are these quintessential American cities with great stories that maybe haven’t been told yet?” said Tanki. “We have a couple of other things we’re looking at that would be comparable to that. So that could be part of our filter moving forward.”

CMT plans to launch two new unscripted series later this year, with several more coming in 2019, but hasn’t made any official announcements about series pickups. “I do believe in the CMT brand. I think there’s so much potential in that,” said Kay. “We’ve got shows in development around the horseracing business and around a beer business. That’s where the opportunity is.”

While CMT is out of the scripted game for now, the network could occasionally simulcast relevant series from new sibling Paramount Network, which Kay also oversees. That has already occurred with miniseries Waco, which debuted in January; Paramount’s upcoming drama Yellowstone starring Kevin Costner “feels like a natural fit,” even though nothing is confirmed. The network is also considering moving into miniseries biopics.

Beyond its programming pivot, CMT is planning to expand its live events, like CMT on Tour and the CMT Next Women of Country Tour. “That does great, but I think that has great room to grow for us,” said Tanki.

Last year, the network transformed its annual CMT Awards into a three-day mini-festival in downtown Nashville. “That was a moment where we took a step back and said, there’s something there. There’s a CMT experience, rooted in music, but extends to lifestyle and fan activation that we definitely think we can harness a bit more,” said Tanki.

CMT is also looking into expand the brand throughout the country, possibly via a tour or festival. “There’s so much opportunity in the space,” said Kay. “We should be in the CMT festival business, [to] which we’re getting very close.”