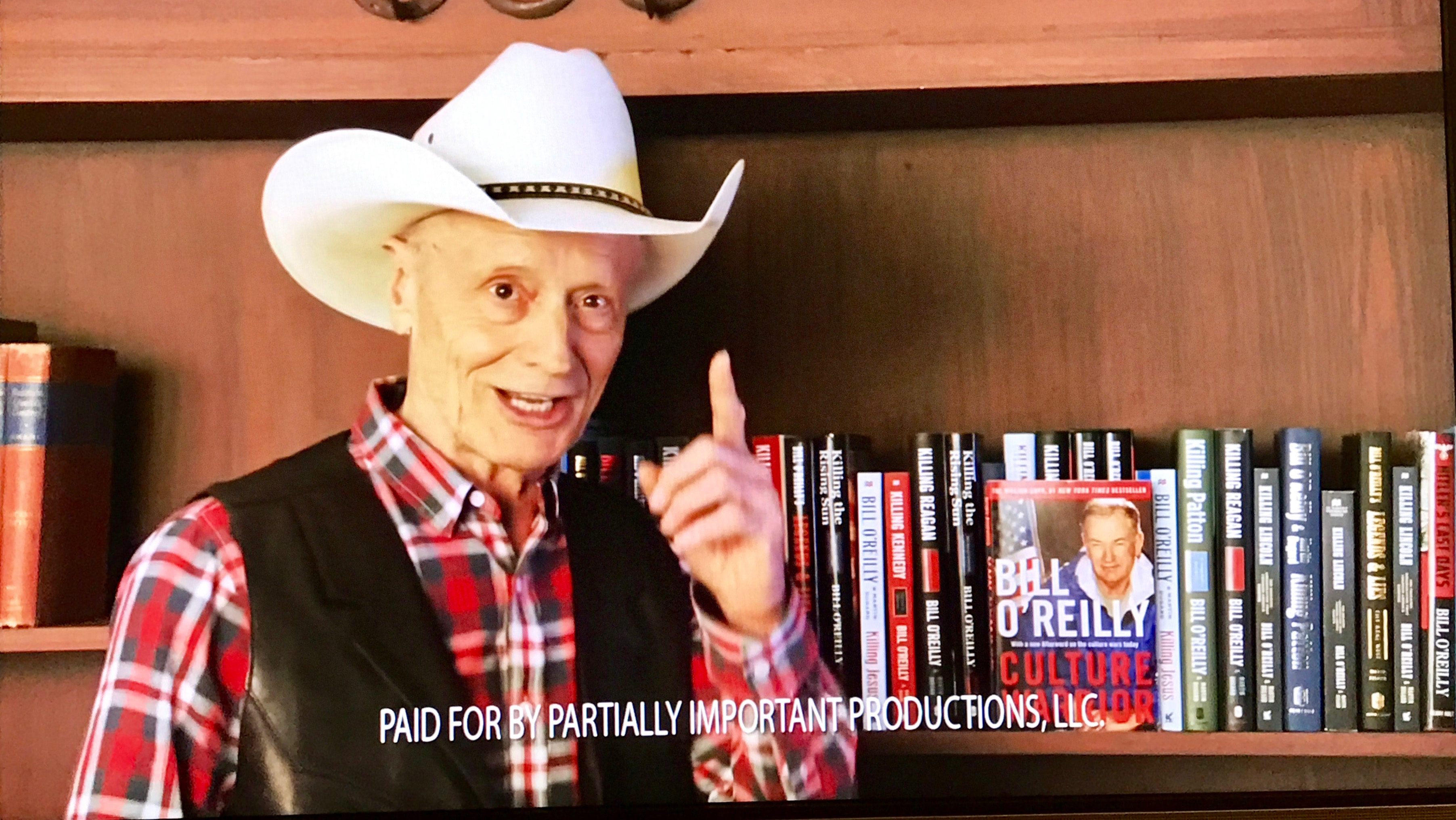 John Oliver wants to run the new ad on The O'Reilly Factor in the New York and Washington D.C. markets. HBO

The O’Reilly Factor’s advertisers have been fleeing in droves ever since a New York Times investigation detailed five harassment cases against Fox News host Bill O’Reilly. At this point, more than 60 advertisers have pulled their ads from the show, but at least one person is actually trying to run a spot on the program: John Oliver.

On Last Week Tonight, the HBO host revealed that his show has put together a new ad featuring the “Catheter Cowboy” character Oliver has been using in spots to try and grab the attention of President Trump, who frequently watches Fox News.

This latest spot focuses on sexual harassment in the workplace, and is targeted—as always—at Trump, who publicly supported O’Reilly last week in an interview with the New York Times, declaring, “I don’t think Bill did anything wrong.”

Yet according to the Times investigation, O’Reilly and the company he works for paid out $13 million to settle 5 harassment cases.

“To recap this story for you,” said Oliver, “Bill O’Reilly needs advertisers, and Donald Trump needs to understand sexual harassment. And here is where we come in.”

"Bill O’Reilly needs advertisers, and Donald Trump needs to understand sexual harassment. And here is where we come in."
John Oliver

The show has produced a new ad about sexual harassment, which it would like to air on The O’Reilly Factor in the New York and Washington D.C. markets. “We submitted it to stations on Friday, but weirdly, we haven’t heard back from them since,” said Oliver. “Which is a little surprising, because we’re one of the only advertisers willing to buy time on his show at the moment. And I do hope they don’t reject this ad, but just in case they do, here’s a sneak peek of what we would like the president to see.”

In the new spot, the “Catheter Cowboy” begins with his usual intro: “There’s two things I know: I don’t like pain when I ‘cath,’ and repeated unwanted sexual advances or obscene remarks in the workplace constitutes sexual harassment.”

Later in the ad, the cowboy is standing in front of a bookshelf full of the books written by O’Reilly. He says, “If you’ve got a friend who is accused of something like that over and over again, I might think twice about defending him, because that just contributes to a culture where women don’t want to come forward, and I know you might not care about that, but on some level you gotta know, you’re blowing this!”

A day earlier, Saturday Night Live had also weighed in on The O’Reilly Factor’s disappearing sponsors, during a sketch in which Alec Baldwin played both O’Reilly and Trump. Baldwin’s O’Reilly thanks the show’s three remaining sponsors: Dog Cocaine (“Turns out you can teach a dog new tricks!”), Eliquis (“It’s Ciailis for horses!”) and recent flop movie Chips (“Oops!”)

Oliver’s ads are a send-up of Medical Direct Club’s “Catheter Cowboy” spot, which also runs on cable news and features a “professional cowboy” who talks about using catheters.

Oliver first introduced his own “Catheter Cowboy” two months ago, to educate Trump about major issues, like the nuclear triad, with ads that ran locally in the Washington D.C. market on all three cable morning news shows. The first spot aired on Feb. 13 during MSNBC’s Morning Joe, CNN’s New Day and Fox News’ Fox & Friends.

The cowboy returned a month ago in a new spot about the American Health Care Act, which aired in D.C. during Fox & Friends. (“Healthcare is a complicated business. Everybody knows that. Literally, everybody.”)

A message at the bottom of all of Oliver’s ads, including the newest one, reads “Paid for by Partially Important Productions, LLC.”