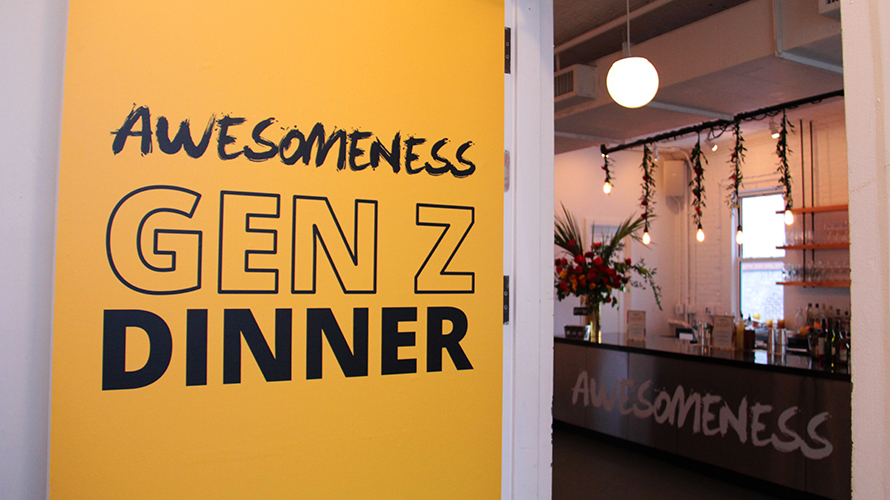 The intimate dinner and discussion was held at Haven's Kitchen in Chelsea. Awesomeness TV

Flynn McGarry, 19, is the chef-owner of one of New York’s hottest new restaurants, Gem. But on Wednesday night, he closed the restaurant—where his prepared menu will set you back $155—and instead arranged a five-course meal for a group of brands and ad buyers brought together by multi-channel network AwesomenessTV.

In between preparing courses of smoked cod with apples, asparagus chawanmushi, kohlrabi cooked in cheese fat and a lamb feast (all of which were ridiculously delicious), McGarry told the crowd that he’s been cooking since the age of 10, mostly “because my parents are really bad at cooking.” 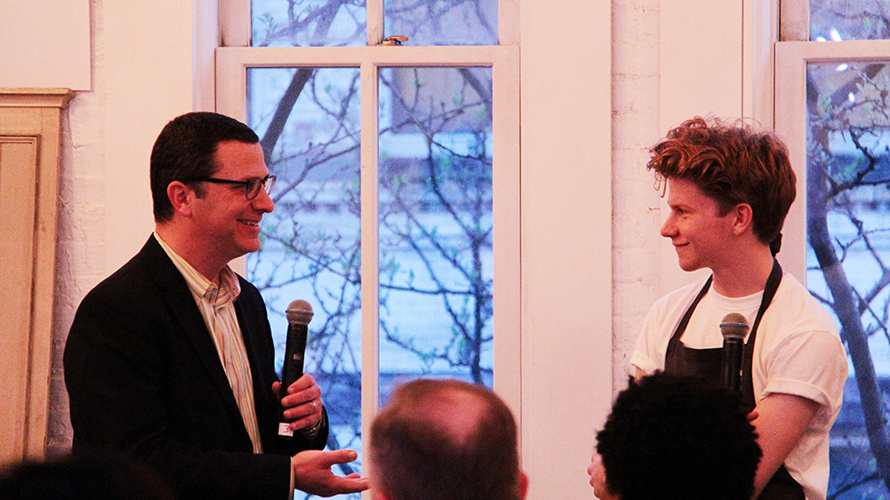 The intimate dinner of about 45 at Chelsea outpost Haven’s Kitchen featured reps from brands including Pepsi, Denny’s, the NFL and Invisalign, all of whom partner or are being sold on partnering with AwesomenessTV. The Gen Z brand hosts content, mostly on YouTube, from thousands of creators for a Gen Z audience.

McGarry said he learned how to cook by watching online videos. “For so many years, the only way to cook was to go somewhere and learn,” he explained. “[When] I was 10 years old, [I learned] to cook by Googling things and figuring out how to do it,” he said. “The time it took me to learn was so condensed because of access to technology.”

While not an official IAB NewFront, the event included a discussion of new programming and brand partnerships, as well as a panel of young women who shared deep insights and misconceptions about their generation.

“A lot of brands are nervous about taking sides,” said student and photographer Lauren Tepfer, adding, “but a lot of times, the answer is very basic. It’s about having empathy for others. It’s not a political thing, just a human thing.”

After a delightful dessert of chamomile and rose hip panna cotta with meyer lemon and marinated raspberries, the evening concluded with a performance by singer Hudson Thames. Thames is the star of upcoming AwesomenessTV documentary series Hudson and the Hounds, which goes behind the scenes of his album launch. 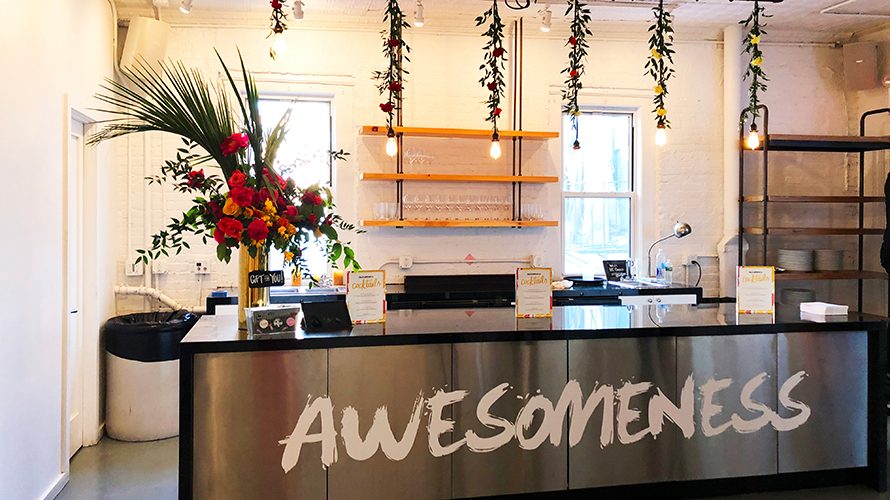 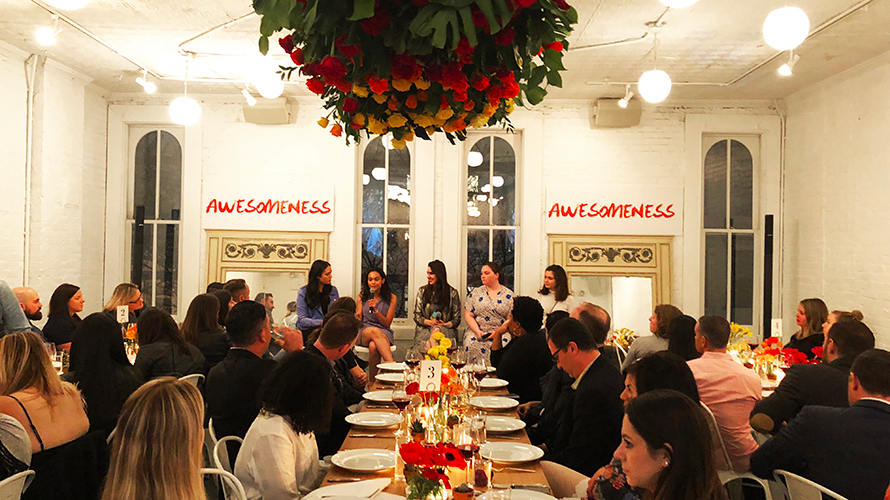 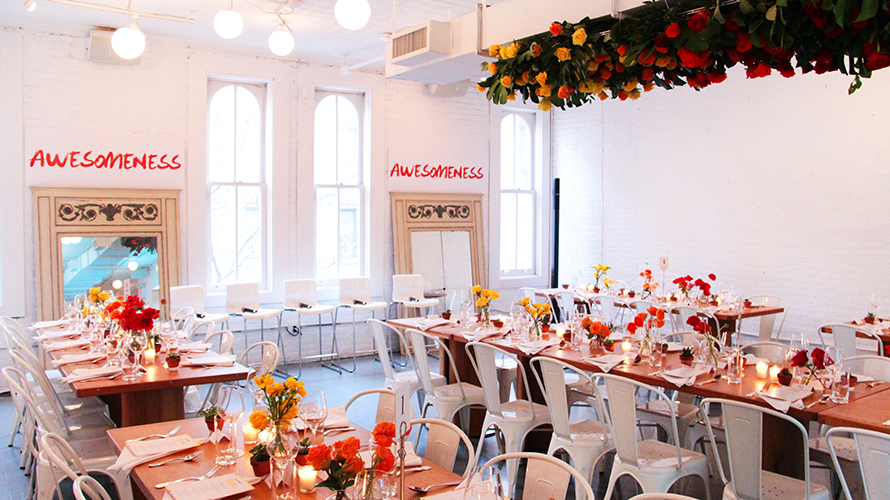 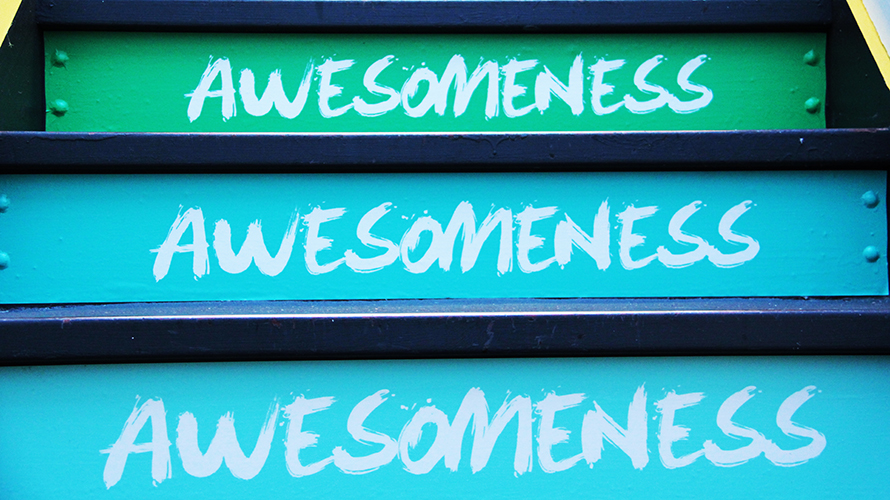