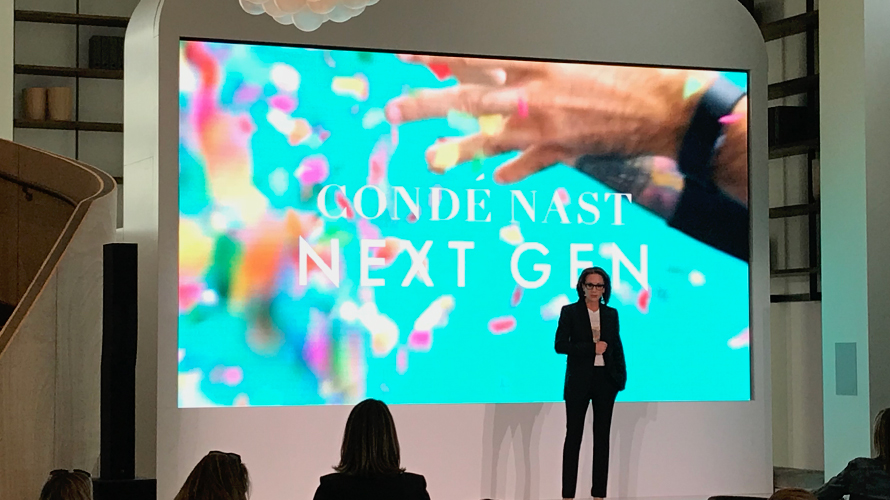 Condé Nast is expanding its OTT offerings with channels for Wired, Bon Appétit and GQ, company executives announced today at its NewFront presentation.

“While consumers have more screens and more content to choose from than ever before, advertisers face the challenge of less buyable options,” said Pamela Drucker Mann, chief revenue and marketing officer of Condé Nast.

Among the new pilots planned are “Money Tours,” where Glamour talks with women living under a range of budgets; “Don’t be That Guy,” in which famous women give men life advice; and “Moral Code,” which will examine the moral questions surrounding new technologies.

Condé Nast secured a penthouse for the event at 100 Barclay (previously featured in Architectural Digest), but the elevators took so long to lift the horde of people who came to attend the presentation that it delayed the start time. About 10 minutes after the expected start of the presentation, a line of people was still queued outside the building waiting to get in.

“The biggest living room in the city has the slowest elevators,” Drucker Mann quipped at the beginning of her presentation.

For those interested, the penthouse is available—as long as you have $60 million.