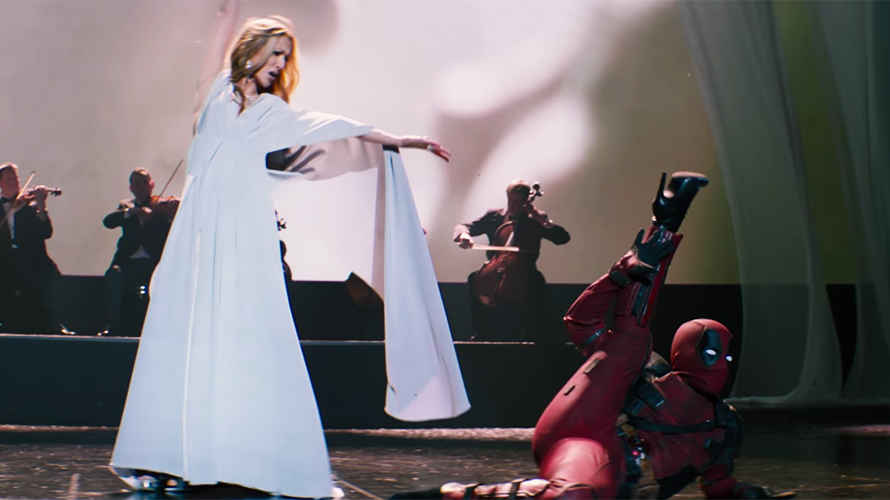 With just two weeks to go until Deadpool 2’s release, the film has amped up its marketing campaign with a music video for a new Céline Dion power ballad from the movie’s soundtrack, “Ashes,” which of course also features a comic turn from the superhero himself.

The video includes several power ballad tropes, including dramatic lighting, Dion emoting to an empty theater (“Can beauty come out of ashes?”) and the sudden appearance of a string section and piano behind her.

Then, midway through the song, the video includes an appearance by Deadpool himself. Clad in his costume and high heels, he breaks out his interpretive dance skills onstage alongside Dion.

While Deadpool star Ryan Reynolds likely wasn’t doing the dancing, he does appear in character at the end of the song, as Deadpool praises Dion’s performance (“That was the most beautiful performance I’ve ever seen in my life”) before explaining why they need her to do another take: “This is Deadpool 2, not Titanic. You’re at like, an 11, we need to get you down to 5, 5 and a half, tops. Just phone it in.”)

A miffed Dion then replies with a couple funny lines of her own.

Expect even more elements of the campaign to amp up ahead of Deadpool 2’s release on May 18. In recent weeks, Deadpool partnered with Devour in a clever spot from Wildness that leaned into the seemingly gross dealmaking of it all and began pitching Espolòn tequila as the company’s “creative director of culture ‘n’ stuff.”