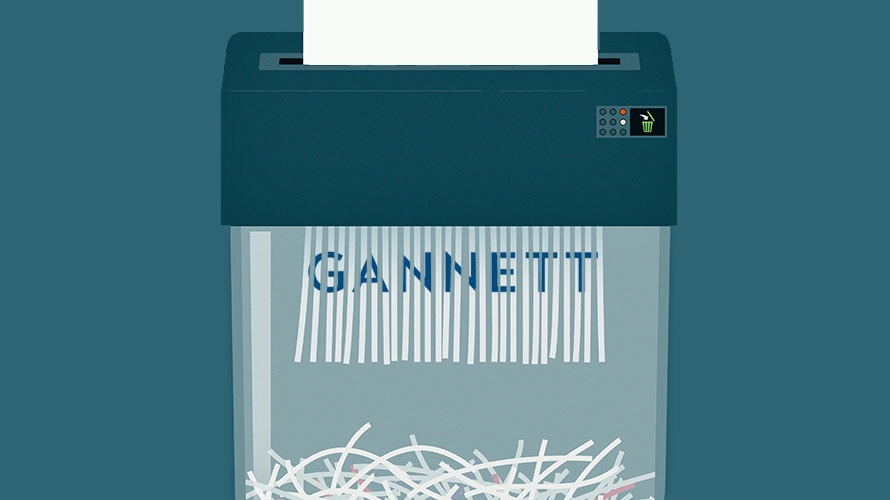 This isn't the first time media has been challenged, and now it needs to adapt again. Photo Illustration: Amber McAden, Source: Getty Images

It has recently been reported that Digital First Media, a hedge fund-backed company owned by Alden Global Capital, made an unsolicited offer to acquire Gannett, the largest newspaper group in the U.S. based on circulation. Gannett owns 109 local newspapers across the country as well as USA Today. The hostile offer for Gannett was $1.36 billion. Alden Global Capital has been described as the worst newspaper owner in America.

Our Founding Fathers envisioned freedom of the press when the First Amendment was created for our Constitution, with a strong local and independent newspaper industry. Jeff Bezos’ purchase of the Washington Post in 2013, John Henry’s acquiring the Boston Globe in 2013 and Patrick Soon-Shiong’s acquisition of the Los Angeles Times last year are clear signs that corporate takeover of our country’s newspapers is the beginning of the end of a free press.

Instead of applauding our free press, journalists have become fearful for their future.

The number of daily newspapers providing an independent voice to readers has dropped steadily over the past decade. Nowadays, many markets rely on just one newspaper, eliminating the diversity of opinions in local markets, something that is badly needed in this polarizing political climate. In the past, local newspapers have provided civic information that promoted engagement, highlighted community news, provided in-depth analysis, supported local cultural activities and served as an advertising platform for nearby retailers. In a number of smaller markets, Gannett is the lone newspaper publisher.

Newspapers continue to face enormous marketplace challenges. News has become ubiquitous online and through social media. On radio, news and talk is the most popular format. Two of the three highest rated cable networks in 2018 were news networks, and there are 24-hour regional news networks in dozens of major markets, with local broadcasters adding more hours to its newscasts.

Recent newspaper statistics continue to paint a bleak picture. According to the Bureau of Labor Statistics, 39,210 people worked as reporters, editors, photographers or film/video editors in the newspaper industry in 2017, down 45 percent from 2004. Collectively, the circulation of daily newspapers in 2017 was 30.9 million, down from 50.7 million in 2007. Ad revenue has dropped from $45.4 billion in 2007 to $16.5 billion in 2017. If that wasn’t enough, journalists have among the lowest median incomes of any college educated profession. Instead of applauding our free press, journalists have become fearful for their future.

Alden Global Capital, owns about 200 newspapers nationwide, including the Denver Post, San Jose Mercury News and Boston Herald. The addition of Gannett papers would provide the hedge fund with over 300 titles. Alden Global Capital has a reputation for acquiring economically challenged newspapers at a discount (some have even filed for bankruptcy) and then squeezing them dry by cutting costs and slashing jobs while raising the newsstand price and ad rates to grow revenue. Is this what the already hard-pressed newspaper industry needs now for Gannett?

As newspapers face financial uncertainty, social media has emerged as a rival for news and information. It is not without risk. According to Pew Research, 68 percent of U.S. adults at least occasionally get news from social media, but a majority of them are skeptical of the news found on social media. This is not without reason. While professional and accountable journalists from newspapers have been exposing political scandals and documenting corporate malfeasance every day, foreign governments have maliciously posted a number of disinformation campaigns on social media designed to influence political thought, sway elections and polarize the electorate.

Perhaps if newspapers were focused more on a digital strategy that would help. A digital model could incorporate podcasting, smart speakers to read the news, more video content and mobile apps. These digital segments have all been growing in popularity and could help newspapers grow revenue and subscribers. A digital strategy will also help newspapers gauge the popularity of sections such as politics, entertainment, fashion and sports that can provide targeted and even programmatically bought advertising to engaged readers.

Newspapers have been challenged before, first with radio and then with television. Both times the medium reinvented itself and was able to survive. This time the threat comes from various sources. The industry must come up with creative solutions to remain solvent. A good first step back would be for Gannett and any other credible newspaper chain to firmly reject any takeover bid from a cost-cutting and job-slashing hedge fund or private equity firm.

Cindy Riccio is president and founder of CRC.