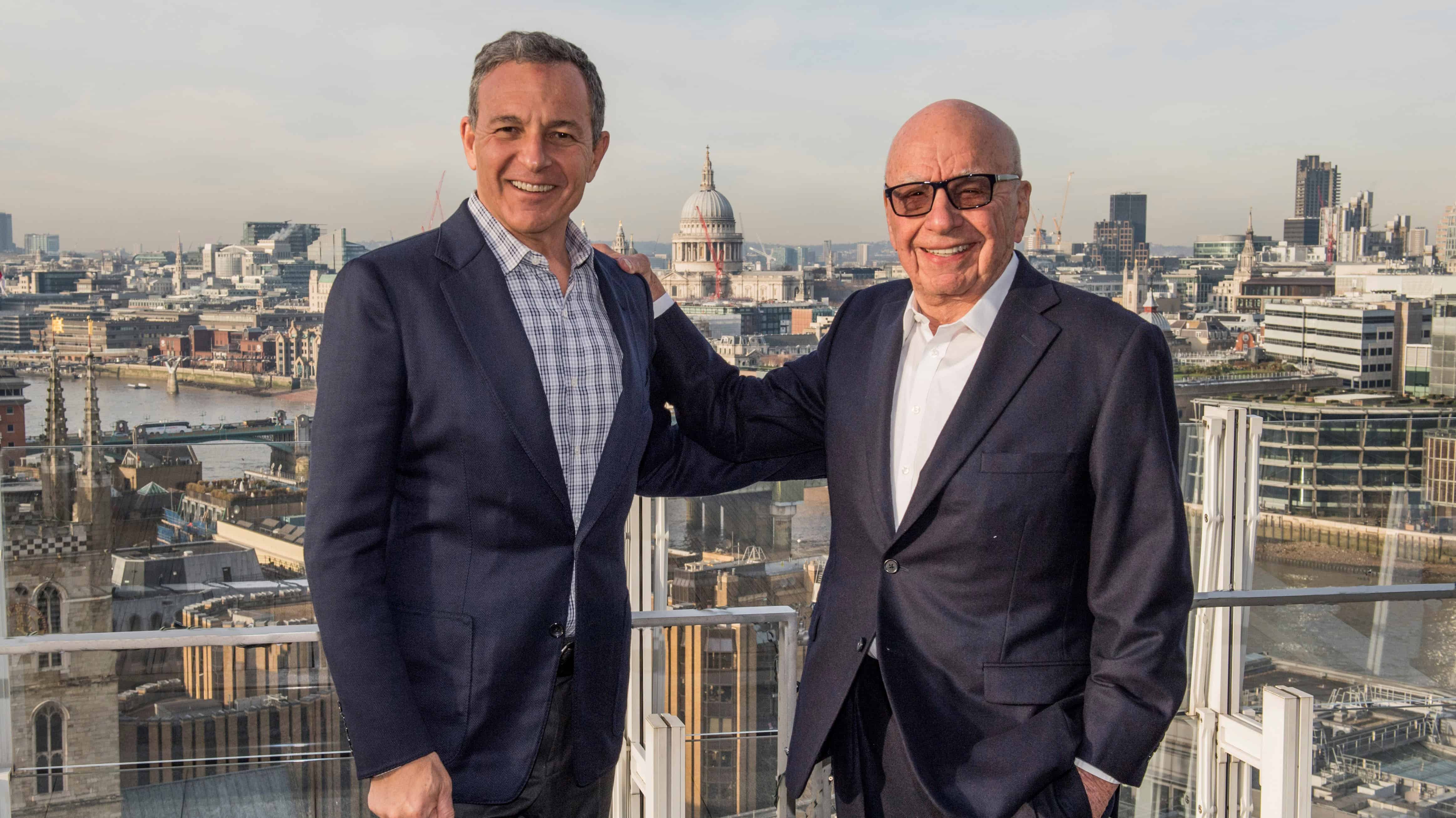 The Walt Disney Company isn’t going to let Comcast swoop in and derail its deal for 21st Century Fox without a fight. This morning, Disney and Fox announced that the companies have agreed to an amended acquisition agreement that raises Disney’s bid to $71.3 billion, well ahead of Comcast’s $65 billion offer one week ago and its initial $52.4 billion deal in December.

Disney’s cash-and-stock offer raises its bid for Fox to $38 per share, a 35 percent increase over its initial $28 per share offering in December, and ahead of Comcast’s all-cash offer of $35 a share.

Fox said the new offer is “superior” to Comcast’s proposal from last week. The new offer comes just as Fox’s board of directors were scheduled to meet today to discuss Comcast’s bid.

“We are extremely proud of the businesses we have built at 21st Century Fox, and firmly believe that this combination with Disney will unlock even more value for shareholders as the new Disney continues to set the pace at a dynamic time for our industry,” said executive chairman Rupert Murdoch in a statement. “We remain convinced that the combination of 21CF‘s iconic assets, brands and franchises with Disney‘s will create one of the greatest, most innovative companies in the world.”

In a separate statement, Disney chairman and CEO Robert Iger said, “The acquisition of 21st Century Fox will bring significant financial value to the shareholders of both companies, and after six months of integration planning we’re even more enthusiastic and confident in the strategic fit of the assets and the talent at Fox. At a time of dynamic change in the entertainment industry, the combination of Disney’s and Fox’s unparalleled collection of businesses and franchises will allow us to create more appealing high-quality content, expand our direct-to- consumer offerings and international presence, and deliver more personalized and compelling entertainment experiences to meet growing consumer demand around the world.”

One week ago, Comcast, emboldened by AT&T’s seismic court victory a day earlier, announced that it was making a $65 billion all-cash offer for 21st Century Fox in an effort to wrest the company away from Disney.

At the time, Comcast CEO Brian Roberts sent a letter to Fox’s board of directors saying its bid provided “superior and more certain value as compared to Disney’s all-stock offer.”

Comcast had been in talks with Fox last fall, but Fox opted to go with Disney’s bid, in part because of regulatory concerns. Just days after Comcast and Fox ended negotiations in December, Disney announced it would acquire most of 21st Century Fox’s assets for $52.4 billion.

Both Disney and Comcast are fighting for scale that will allow them to keep pace with companies like Netflix and Facebook. Whichever one does not ultimately prevail is expected to seek out another media company to acquire.

No matter which company ends up buying Fox, their deal won’t include certain assets like Fox Broadcasting, Fox Sports, Fox News and Fox Business Network, all of which will be spun off into a new company tentatively called New Fox prior to Comcast or Disney finalizing their acquisition.