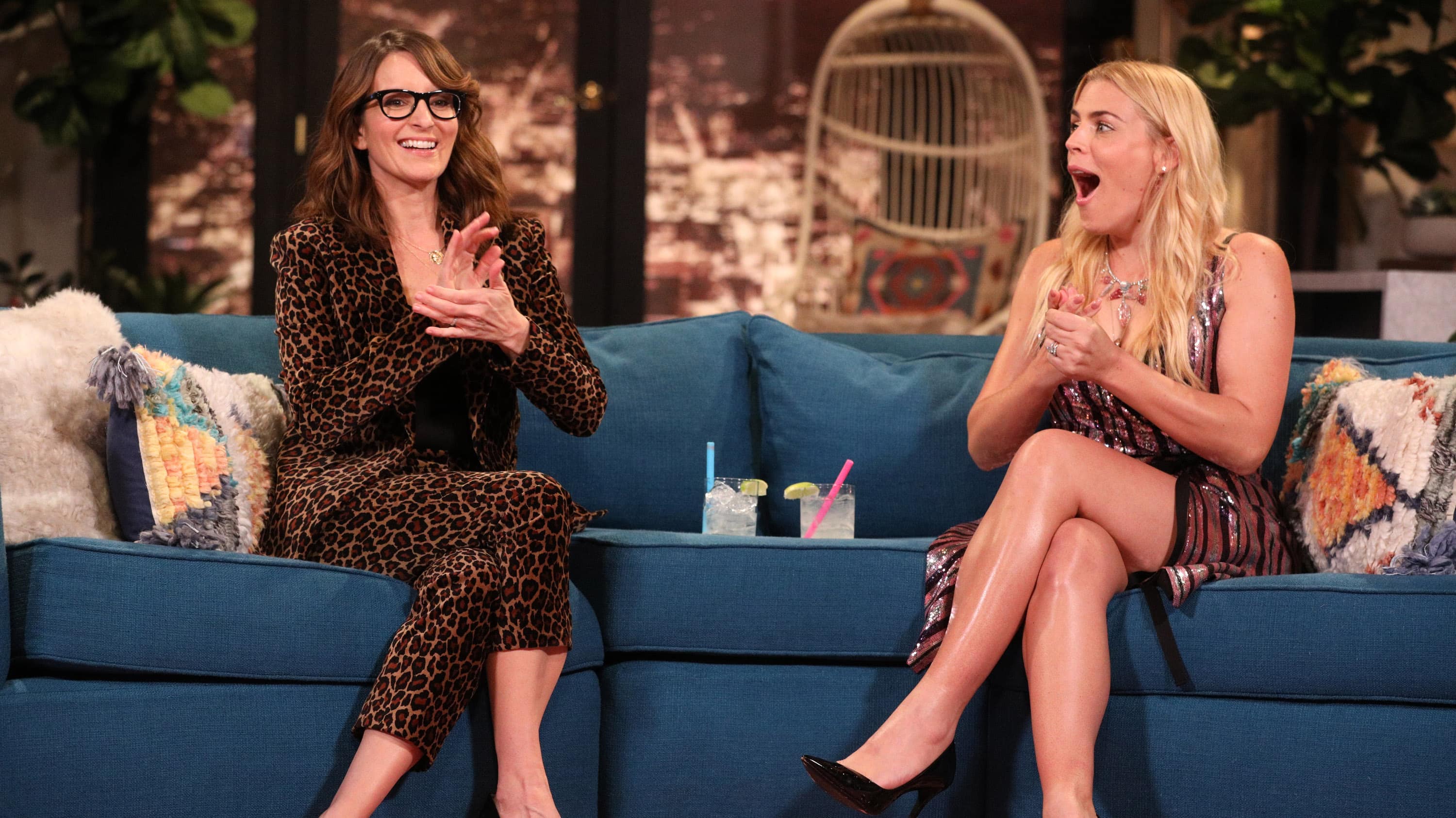 Busy Tonight, which will end on May 16, counted Tina Fey among its executive producers. Jordin Althaus/E! Entertainment

Busy Philipps had hoped that her E! talk show, Busy Tonight, would bring some stability to a wild late-night landscape, where five shows ended in two months last summer. But instead, Busy Tonight had no better luck in the space, leading E! to cancel the series after just six months.

Philipps broke the news herself in late-night Twitter and Instagram on Sunday. She tweeted, “Just wanted to let you know my show Busy Tonight won’t be continuing on the E network after May 16. I’m beyond proud of what we’ve built in such a short period of time and I’m hopeful we can find the right place for the show to live on.”

Hey guys. Just wanted to let you know my show BusyTonight won't be continuing on the E network after May 16. I'm beyond proud of what we've built in such a short period of time and I'm hopeful we can find the right place for the show to live on. Goodnight you guys. I love you.✨

During her Instagram story, Phillips said the cancellation decision was “kind of wild because we’ve only been doing this show for like a relatively short period of time,” adding “it does seem lame that there would be just one woman in late-night at a time.”

Busy Tonight—which was an extension of Phillips’ Instagram account— debuted on Oct. 28, a little more than six months ago. Shortly after its debut, E! president Adam Stotsky told Adweek that the network was “committed” to giving the show the time it needed to find itself.

“These shows are a marathon; they’re not a sprint,” said Stotsky. “And you’ve got to look at the evolution of these shows in waves and in chunks, and you’ve got to be committed to your talent finding the center of a show over time. Where these shows start and what they eventually evolve into are typically two very different things. And we’ve got a long history of being committed to our talent in finding that voice and finding that center of gravity for the show. So we’re committed to the show for the long haul because, again, we’ve got a great creative partner in Busy and her team.”

E! did not immediately respond to a request for comment about the show’s cancellation or its about-face on its commitment to the show. The decision was made a week before NBCUniversal’s upfront presentation at New York’s Radio City Music Hall; Philipps had appeared onstage at last year’s event, talking up her show’s debut.

UPDATE: In a statement Monday morning, an E! spokesperson said, “Busy is a hilarious and charismatic talent and we are grateful to the entire Busy Tonight team who has delivered countless laughs and heartwarming moments in what will be over 100 episodes.”

There were early signals that Busy Tonight was having trouble finding its footing. In early January, E! shifted its time slot from 10 p.m. to 11 p.m., but the show failed to gain any ratings traction, which prompted the network to pull the plug.

In January, Philipps told reporters at the Television Critics Association’s winter press tour that the time shift was “a vote of confidence” from the network and “E! has been incredibly supportive of us being able to find our footing and figuring out the best ways to connect with our audience.”

In an Adweek cover story last November, Phillips said she had been eager to shake up “the nighttime talk-show space. … I just feel like there was a space for a woman to have this kind of a show. In the daytime world, there’s Kathie Lee and Hoda and Kelly and Ryan and Ellen. And in nighttime, you have your choice of watching the network dudes, and then there’s like Samantha Bee once a week but more like a political deep-dive show. And Sarah’s show [Sarah Silverman’s I Love You, America, which Hulu canceled in January] is once a week and a more political deep-dive show. I just felt like there was an opportunity and that it should be me. Why not me?”

In June, Comedy Central canceled The Opposition With Jordan Klepper, around the same time that BET pulled the plug on its critically-acclaimed The Rundown With Robin Thede and duo Desus and Mero ended their buzzy Viceland show, after signing a deal for their weekly late-night Showtime show on Showtime, which debuted in February.

That was followed by Netflix canceling a pair of short-lived late-night-themed shows in August: The Break With Michelle Wolff and The Joel McHale Show With Joel McHale.

With Busy Tonight’s cancellation, Full Frontal With Samantha Bee will the only remaining late-night series hosted by a woman, at least until Lilly Singh replaces Carson Daly on NBC at 1:35 a.m. later this year.