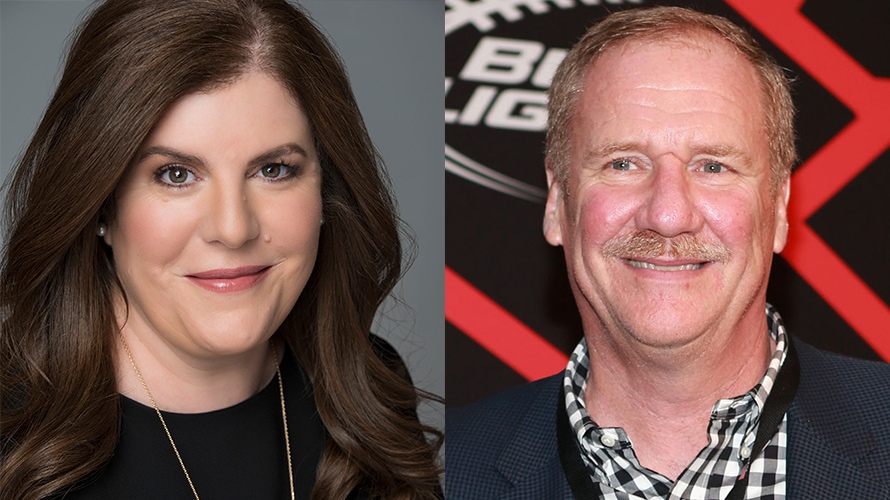 Rita Ferro will add ESPN to her portfolio following the retirement of Ed Erhardt. ABC/Getty Images

Disney is starting the new TV fall season by making some big changes to its ad sales leadership.

Ed Erhardt, who headed up ESPN ad sales for 20 years, is retiring in January. And the company has promoted Rita Ferro to president of Disney advertising sales, where she’ll oversee all Disney media properties, including ABC, Freeform, the Disney channels and now also ESPN.

This follows a restructuring from earlier this year in which global ad sales for all Disney’s media properties moved from Disney’s Media Networks to the company’s new Direct-To-Consumer and International segment (DTCI). Ferro and Erhardt reported to DTCI chairman Kevin Mayer.

Ferro will add all ESPN ad sales—including ESPN+, ESPN Radio, ESPN the Magazine and ESPN on ABC—to her portfolio, which already included ABC, Freeform, the Disney channels and the Disney Digital Network.

“Uniting our advertising sales efforts gives advertisers and marketers a one-stop shop for reaching audiences across all of The Walt Disney Company’s media properties, providing clients with the best and most effective tools and marketing solutions possible,” said Mayer in a statement.

Added Mayer of Ferro, “Throughout her career, Rita has consistently grown businesses through a focus on brand building and innovation. She has played a crucial role in defining new growth strategies and has been a valued partner to me as we chart a course for our businesses. Rita’s steadfast attention to the needs of both clients and consumers, her track record of successful innovation and delivery of business results make her an ideal candidate to lead our company-wide sales efforts.”

These moves come ahead of what will likely be a major transition year for Disney, as the company attempts to close its merger with 21st Century Fox, and add several new properties—including FX, National Geographic and the Fox TV and movie studios—to its portfolio.

In a statement, Ferro said she was “humbled to step into this new expanded role,” and added, “More than ever before, it is critical that we continue to evolve, rethink and anticipate how we work together across all of our platforms to best meet the changing needs of our clients and consumers.”

Erhardt discussed his retirement in a statement of his own: “It has been an honor to be a part of the ESPN and Disney organization. I have been blessed to sell and market the power of sports and the ESPN brand with best team in the business over the past 20 years. I want to thank George Bodenheimer for giving me this opportunity in 1999 and thank our customers for their partnership, confidence, investments and friendship. I am incredibly proud of the ESPN team’s accomplishments.  And I am confident in the direction we’re headed under Jimmy Pitaro’s leadership at ESPN and with Rita at the helm of the overarching ad sales business.”

ESPN president Jimmy Pitaro called Erhardt “a versatile leader with a knack for closing deals that work for everyone around the table. I admired him before I arrived at ESPN and I have leaned on his expertise since I’ve joined the organization. We will miss him, but I am grateful he’ll be staying on as we transition into the new organization.”

In memo to ESPN staff, Pitaro said, “Ed has been trying to make this move for some time, but he has been generous enough to see the company through some changes in recent months, including serving as a trusted advisor through my on-boarding process.”

Erhardt has overseen ESPN ad sales since 1999, having previously served as vp and group publisher of Advertising Age.