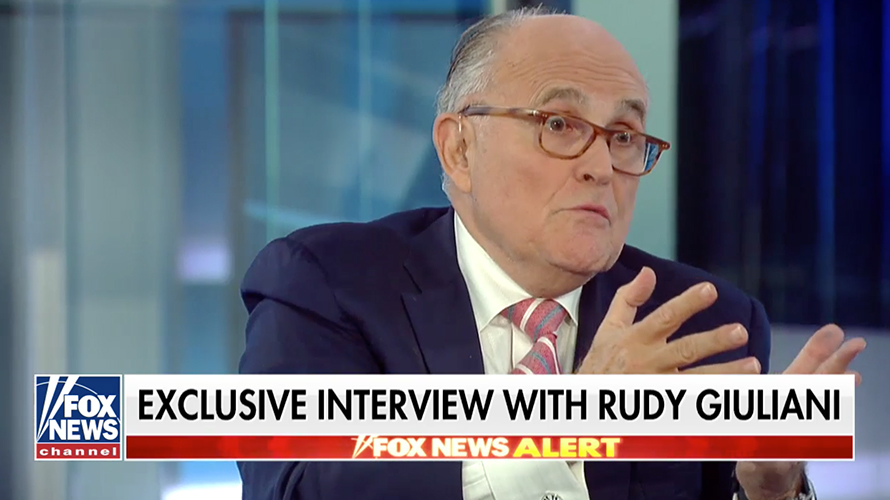 Sean Hannity, cable news’s most-watched TV host, said he doesn’t consider himself a journalist, as he colorfully explained on Twitter in 2016. But Wednesday night on his show, he unintentionally landed a major scoop when President Donald Trump’s new attorney Rudy Giuliani sat down for an hour-long interview.

Toward the end of the program, the two discussed the $130,000 payment Trump’s personal attorney Michael Cohen made to Stephanie Clifford, also known as Stormy Daniels.

“A settlement payment which is a very regular thing for lawyers to do,” Giuliani called it, adding, “That was money that was paid by his lawyer, the way I would do out of his law firm funds or whatever funds, it doesn’t matter. The president reimbursed that over a period of several months,” Giuliani said, almost in passing.

“I distinctly remember that (Cohen) did it on his own without asking,” Hannity said, defending the president and moving on to the “witch hunt” Hannity claims the whole investigation has become.

Hannity didn’t realize it, but he had just broken a big story. And it wasn’t only until journalists tuned into the program that they recognized the news value of the interview.

“We had no idea of the topic of the show, obviously,” Gidley answered.

As political commentator Jon Ralston put it, “This Rudy self-destruction on live TV reinforces one of my oldest truisms about politics: It’s not the tough interviewers that get you in trouble; it’s when you are with the friendlies (Sean Softballs here) that you screw up because you feel too comfortable.”

This morning, Trump shared a series of tweets trying to explain Giuliani’s comments.

Mr. Cohen, an attorney, received a monthly retainer, not from the campaign and having nothing to do with the campaign, from which he entered into, through reimbursement, a private contract between two parties, known as a non-disclosure agreement, or NDA. These agreements are.....

...very common among celebrities and people of wealth. In this case it is in full force and effect and will be used in Arbitration for damages against Ms. Clifford (Daniels). The agreement was used to stop the false and extortionist accusations made by her about an affair,......

...despite already having signed a detailed letter admitting that there was no affair. Prior to its violation by Ms. Clifford and her attorney, this was a private agreement. Money from the campaign, or campaign contributions, played no roll in this transaction.