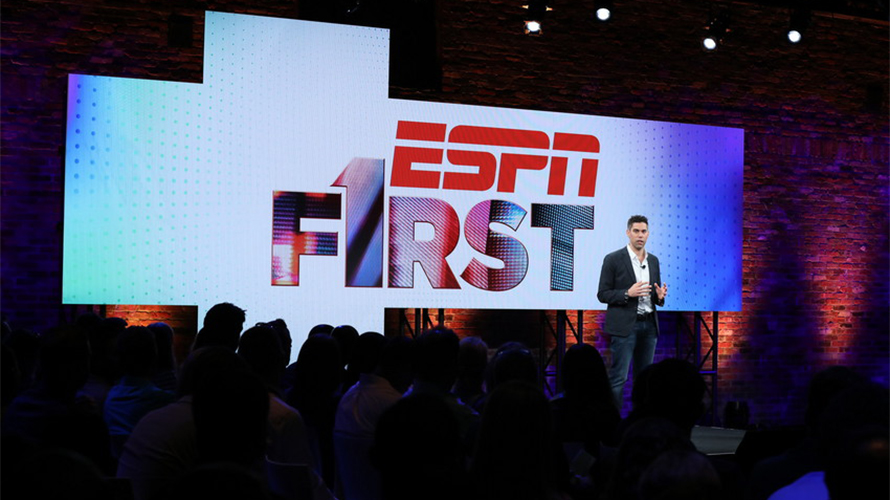 The big news coming out of ESPN’s first Digital Content NewFront presentation today in New York is that the network’s signature, flagship program SportsCenter is coming to the ESPN app each morning. It’s further proof that the Worldwide Leader in Sports is truly going all-in on digital.

SportsCenter will be featured on the user’s Home screen every morning the first time they open the ESPN app that day. The daily video series will focus less on what took place the previous night, said ESPN global sales and marketing president Ed Erhardt, and more on what the sports fan can expect in the day ahead, highlighting an array of content from across ESPN networks.

The network is still trying to figure out at around what time the program will hit the app each morning, and the launch date is still months away.

But when the program finally does launch, the good news for longtime ESPN fans is that SportsCenter anchor Scott Van Pelt will be the primary anchor of SportsCenter on the ESPN App.

“Now you get to wake up with me!” said Van Pelt via a video greeting from ESPN HQ in Connecticut. “You can think of it like marriage, or that we hooked up … I’ll let you decide what’s more terrifying.”

The network’s new morning show Get Up! will continue to air on the linear network, and ESPN sees the daily morning SportsCenter on the app as a way to make sure die-hard sports fans are still getting their morning fix of hard sports news.

ESPN is also developing Always Late with Katie Nolan, a new 30-minute weekly late-night digital show, which comes across as a more spruced-up, digital-only version of her old FS1 show Garbage Time with Katie Nolan, which garnered her an Emmy. Nolan is presently hosting SportsCenter on Snapchat. The launch date for Always Late is TBD.

“It’s a late-night show, but you’ll be able to watch it whenever you want to,” said Nolan. “So when you’re watching it, it’s always late night … like when you put pizza on a bagel, you can have pizza anytime,” stealing a line from the popular Bagel Bites commercial from the late 1990s.


ESPN will also be leveraging the new agreement between The Walt Disney Company and Twitter to develop a wide variety of Twitter-exclusive live shows and content. Adweek attended the Twitter NewFront earlier this week, and the platform said it’s debuting 30 new programs, including those of the sports variety.

ESPN NBA commentator and sideline reporter Cassidy Hubbarth hosted the social-focused portion of the presentation, which included the introduction of ESPN shows that will stream exclusively on Twitter.

These will include Fantasy Focus Live, which is based on the network’s popular fantasy sports podcast and will stream on Twitter; Hoop Streams, an NBA Playoffs-focused show featuring David Jacoby and Ryen Russillo and more.

American Express was the initial launch partner for the service, and the company is searching for new partners as it continues to develop and launch new digital products. The network believes today’s presentation, the power of the ESPN brand and its extraordinary scale will prove successful in its quest to draw in digital advertisers.

“We want to help drive your brands, your ideas, and we want to change how the business works for everyone,” said Erhardt. “We have a lot of confidence about our content how transcends every platform, and we want you to innovate with us.”