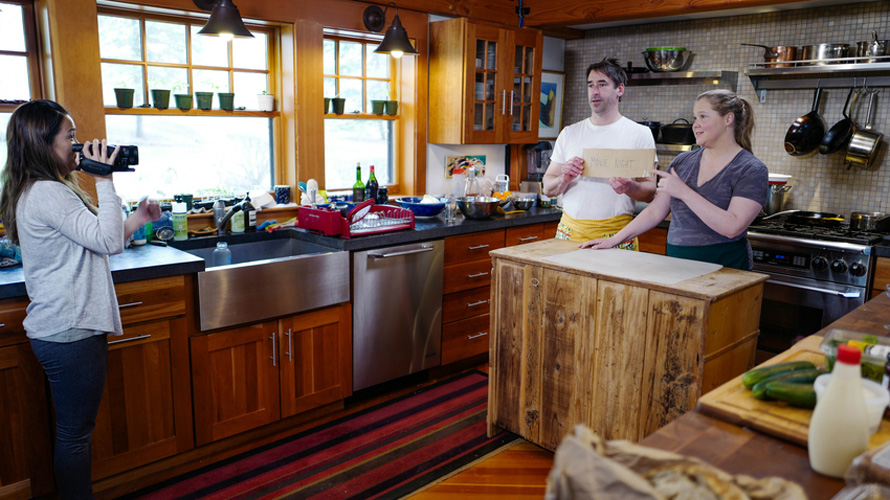 Covid-19’s early impact on the TV advertising industry will become starker over the next week, as more media companies announce their first quarter earnings. Last week, AT&T reported a 24.1% year-over-year quarterly decline in advertising revenue among its Turner networks, due in part to the coronavirus-related cancellation of March Madness and NBA games.

Most media companies are facing billions in lost domestic ad revenue related to Covid-19—caused by the cancellation of live sports and the abrupt exit of major TV advertising categories like travel—while also grappling with a Hollywood production shutdown that is depleting their content pipeline.

But Discovery Inc. is a rare exception, with an advantage over many of its peers given that it’s uniquely positioned for this current moment. It doesn’t air sports in the U.S., and has multiple networks devoted to the very subjects that have quickly become top of mind among housebound consumers: cooking and home improvement.

Meanwhile, the company has quickly begun producing at-home versions of several shows, and is in the process of turning around multiple quarantined-themed new series—including a version of its HGTV staple House Hunters, called House Hunters LOL, in which comedians will poke fun at past episodes of the franchise.

While Discovery faced the same advertiser losses from key categories like travel, theatrical and casual dining—which pulled spend quickly as the pandemic began to spread and businesses closed—industry sources expect the company to be well positioned and fare better than its peers when it announces quarterly earnings on May 6.

During moments of national or global crisis, “there tends to be a concentration of viewership around things that people are familiar with, comforted by and trusted,” said Jon Steinlauf, chief U.S. advertising sales officer at Discovery. “HGTV, DIY, Food Network, Cooking Channel and Motor Trend are in this cluster of channels that provide a lot of comfort, optimism, inspiration and useful ideas during these times.”

With Americans sheltering in place, “they’re also looking for things to do with this time that they now have on their hands,” said Steinlauf. Those topics include home projects (both in the house and the yard), cooking and automotive work.

As a result, several of Discovery’s networks are seeing big ratings gains. Among its target adults 25-54 demo, Food Network is on track to have its highest rated month in primetime since March 2014, and its highest-rated month in total day since April 2012. Several Food Network series have seen their highest ratings in more than a year, including Spring Baking Championship, Chopped, Beat Bobby Flay and Diners, Drive-Ins & Dives. (All ratings are live-plus-3 numbers.)

With audiences flocking to these shows and networks, the company is also seeing advertiser demand in scatter from food, household cleaning, home products, insurance and big box retailers, as well as online dating services.

“When 9/11 happened, Food Network’s ratings went through the roof because suddenly we were this safe haven and happy place for people. It’s nice to see the content we make suddenly has more of a purpose than just escapism,” said Kathleen Finch, Discovery’s chief lifestyle brands officer, who oversees 11 networks at the company, including HGTV, TLC, Food Network, DIY Network and Cooking Channel.

But Discovery isn’t immune to Covid-19 fallout: Last week, the company said it would be delaying the October launch of Chip and Joanna Gaines’ Magnolia Network due to pandemic-related production shutdowns. And internationally, the company is also coping with lost sports ad revenue—including the delayed Summer Olympics—via Eurosport.

“Because our stories are all about real life, it felt a little weird to put 90 Day Fiancé on the air and to not address what was going on right now,” said Finch.

TLC has also reconfigured Find Love Live, a live dating series that had been planned as a studio production in April, to a remotely produced version featuring virtual dates that will debut May 10.

After Discovery employees began working from home in mid-March, Finch called a lifestyle brands meeting to brainstorm new shows that audiences would respond to while they are at home during the pandemic.

That led to several new quarantine-themed shows, including the new Food Network series Amy Schumer Learns to Cook, featuring the comedian and her professional chef husband, Chris Fischer. Schumer approached Food Network with the idea for the eight-episode series, which was greenlit just a few weeks ago and will debut on May 11.

Discovery has assembled production kits that can be shipped to the talent’s homes for do-it-yourself filming; Schumer’s nanny is shooting her show.

HGTV is prepping two new quarantined-themed series as well. House Hunters LOL, slated to debut in June, is the latest installment in its lucrative House Hunters franchise (the original series debuted in 1999) and will feature three comedians who love the HGTV series interacting with each other via video conferencing, commenting on the houses and the classic House Hunters tropes.

“Which we all do, but professional comedians will be able to do it in a much better way,” said Finch.

There’s also Fix My Fail, in which homeowners (who film themselves) will showcase the do-it-yourself projects they thought they could fix while quarantined, while HGTV all-stars explain how to undo the damage and complete the job properly. That show doesn’t have an air date yet.

Also in the works for Food Network: a food competition that will allow Americans who think they’ve perfected their culinary skills during quarantine to face off against one another. “So we think there’s a lot of fun to be had out of this strange circumstance,” said Finch.

The remotely produced content gives Discovery an added benefit: It allows the company to extend its stockpile of content that had been shot prior to the shutdown. “It’s allowing us to stretch out our content pipeline even further, so that there’ll be less weeks down the road where we won’t have content,” said Steinlauf.

Whenever production does resume, Discovery expects to turn around new content more quickly than its rivals, given the shorter production cycles of its shows compared to scripted content. “So we may have more fresh content on through the crisis, and then we may be able to get back quicker than just about anybody else,” said Steinlauf.

Finch expects Discovery’s quarantined-inspired moves will have a long-term impact on production, not only in how quickly the company can turn around a news series but “the level of intimacy that we reflect in the shows.”

Thanks to the proliferation of Zoom meetings, “we’re all looking into each other’s homes,” said Finch. “There’s a whole sense of intimacy now through television that did not exist, and I think that the barriers that we’re letting down, the realness that we’re letting people show, is going to change how a lot of how television is produced.”