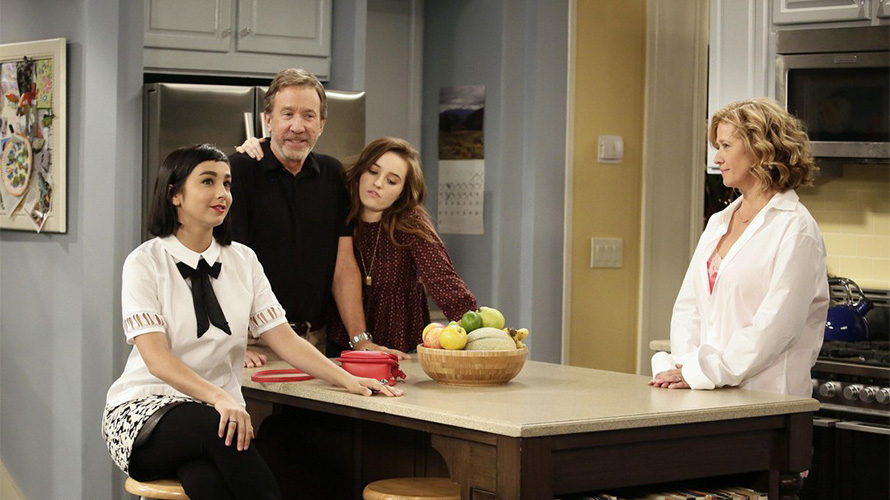 Most broadcast networks’ schedules for the new season are focused on the new pilots that they have picked up to series, but Fox’s fall slate revolves around a pair of programs that used to appear on its rivals’ schedules: Thursday Night Football and Last Man Standing.

As the network begins to reshape itself with an eye on its future after Disney buys most of parent company 21st Century Fox—and Fox Broadcasting is among the assets spun off into what will tentatively be called New Fox—it unveiled a 2018-19 schedule today that features three new comedies (including Last Man Standing), Thursday Night Football and zero new dramas debuting in the fall.

With Thursday Night Football taking up that entire night and Last Man Standing returning to the Friday 8 p.m. time slot it held during its six seasons on ABC, which canceled the series a year ago, only two nights in the new Fox lineup are identical to last fall’s schedule: the Empire/Star combination on Wednesdays and college football on Saturdays. Fox revealed its new schedule ahead of its upfront presentation for buyers this afternoon at New York’s Beacon Theatre.

The network revived the Tim Allen sitcom Last Man Standing after pulling the plug on many of its edgy comedies, like Brooklyn Nine-Nine (which was rescued by NBC), The Mick and The Last Man on Earth. The move was in part a response to the surprise success of Roseanne, which was the most-watched comedy telecast since 2014, as the show attracted audiences in Middle America and the South.

“Last Man is a proven hit … and audiences have been clamoring for its return,” said Thorn.

Fox moved its two midseason dramas breakouts to Monday: The Resident, followed by 9-1-1, which is now the network’s most-watched scripted series.

The network has done away with its Tuesday comedies in favor of a night that includes Marvel drama The Gifted and Lethal Weapon. The latter show will look very different next year, as Clayne Crawford, who played Martin Riggs (Mel Gibson’s character from the film franchise), has been fired due to on-set behavior and will be replaced with Seann William Scott, who will be playing a new character.

Wednesdays will look the same with its music-themed dramas Empire and Star.

After outbidding CBS and NBC for the rights to Thursday Night Football over the next five years, Fox will have that NFL game on Thursday nights this fall, starting with a pregame show at 7:30 p.m., featuring Terry Bradshaw, Howie Long and Michael Strahan. Joe Buck and Troy Aikman will be in the booth for all the Thursday games, in addition to their Sunday duties. “This is an enormous platform to launch new shows and build returning hits,” said Thorn of Thursday Night Football.

Its Tuesday night comedies have relocated to Friday, starting with Last Man Standing, which returns to its 8 p.m. home. That will lead into The Cool Kids, about a retirement community clique (Martin Mull and David Alan Grier) that is upended by new arrival Vicki Lawrence. Thorn called the pairing “a broad comedy block tailor-made for the NFL audience.” Hells Kitchen shifts back to 9 p.m. that night.

Fox Television Group chairman and CEO Gary Newman said the network considered picking up Last Man Standing last year after ABC canceled it, but “we didn’t have the right show to pair it with.” The network was “emboldened” by Roseanne’s success, and decided to bring back the show, which was produced in-house by 20th Century Fox Television.

Added Fox Television Group chairman and CEO Dana Walden, “ABC didn’t really prioritize Last Man Standing … we always wondered how it would do if it was given a bigger opportunity.”

Sunday will include its NFL postgame show, leading into its trio of animated comedies: The Simpsons, Bob’s Burgers and Family Guy. Rounding out the night is new sitcom Rel, which stars Lil Rel Howery (and as based on his life) as a guy who divorces his cheating wife and starts over as a single dad in Chicago.

Newman said the new Fox slate, with more football and broader comedies, doesn’t represent “a tonal shift” at the network. As for why the network canceled Brooklyn Nine-Nine, “we were trying to create a more cohesive schedule,” said Walden, and there wasn’t space for the comedy with the addition of Thursday Night Football. “We assumed it would” find a new home, and “really happy” that it did, she added.

At midseason, Fox will air the fifth and final season of Gotham, which will center around Bruce Wayne’s (David Mazouz) transformation into Batman. A new season of Cosmos, subtitled Possible Worlds and again hosted by Neil deGrasse Tyson, will air in the spring on both Fox and National Geographic.

Fox is saving both of its new dramas for midseason. The Passage—a thriller based on Justin Cronin’s trilogy of bestselling novels—is about Project Noah, a hush-hush medical facility experimenting with a virus that could end up curing all diseases, or causing the end of all mankind. The drama stars Mark-Paul Gosselaar and is executive produced by Ridley Scott and Matt Reeves.

After Thursday Night Football concludes, Fox will bring back The Orville on that night, and will launch the new season out of an NFL doubleheader on Sunday, Dec. 30, before moving it to Thursdays.

A live musical version of Rent will air on Sunday, Jan. 27.

Fox hasn’t made a decision yet about freshman comedies LA to Vegas and Ghosted. And Newman said there are “no plans” for additional installments of The X-Files at this point.

(New programs in ALL CAPS)