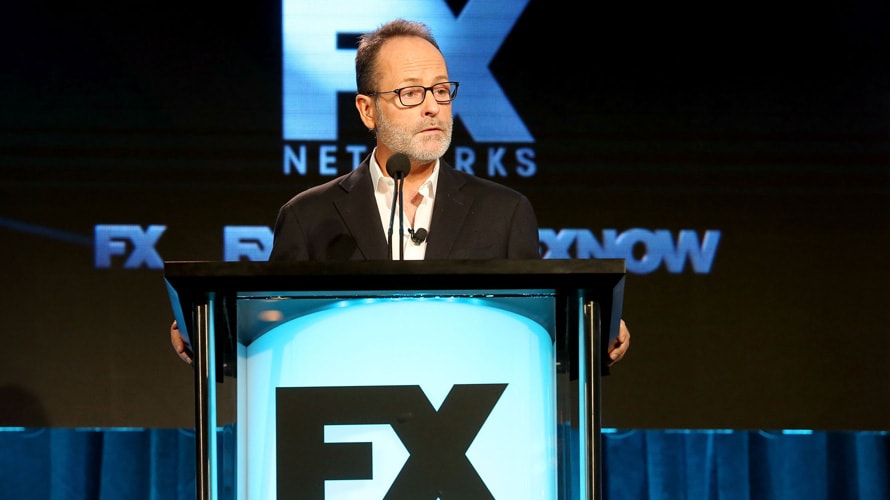 “Both our brands together … will make Hulu a stronger platform than either could alone,” said FX Networks chairman John Landgraf. Getty Images

For more than a decade, FX Networks has honed its brand as a premium basic cable network. But starting March 2, it will expand into the streaming space with FX on Hulu, a branded hub on the Hulu platform.

Rather than signal a shift away from linear, the move will ultimately make the FX brand “even more valuable,” John Landgraf, chairman of FX Networks and FX Productions, said today at the Television Critics Association’s winter press tour in Pasadena, Calif.

“We see this as a transformative opportunity for the FX brand,” said Landgraf, who unveiled more details about FX on Hulu, following last November’s announcement about the new offering. (Both platforms are owned by Disney, which bought FX as part of the Fox deal last March, and assumed operational control of Hulu last May.)

The hub will bring several original series developed for FX exclusively to the streaming service, including four programs airing this year: Devs, Mrs. America, A Teacher and Old Man.

Additionally, all original series airing on FX and FXX will be available to stream on Hulu the day after their linear debuts. FX on Hulu will also be the home for more than 40 FX library shows.

“Nearly the entire FX brand will be available in one place,” Landgraf said. (One notable omission: American Crime Story, which is on Netflix.)

The FX on Hulu hub will launch March 2, and FX has packed its debut week with several linear and streaming premieres.

New comedy Breeders will debut FX on March 2, and be available the following day on Hulu. Another new comedy, Dave, follows March 4 on FXX. On March 5, limited series Devs will debut on FX on Hulu, the same day that Better Things returns for Season 4 on FX and Cake returns to FXX. And docuseries The Most Dangerous Animal of All will air March 6 on FX.

“Every once in a while, we’ll drop all of them,” said Landgraf—as will be the case with The Most Dangerous Animal of All—but for the most part he wants his shows to adhere to a weekly release schedule. When streaming services drop an entire season of a show at once, he said, they tend to have a shelf life of two weeks before moving out of the zeitgeist.

“Both our brands together … will make Hulu a stronger platform than either could alone,” said Landgraf of Hulu and FX. Adding FX’s original shows will “help strengthen Hulu as a premiere streaming platform.”

As part of Hulu, “I believe FX can become even stronger,” said Landgraf.

Expanding to Hulu was essential for FX to continue to grow its brand, said Landgraf, noting that FX had “hit a ceiling” as a basic cable network “because cable isn’t growing.” Now, FX can also reach the nearly 30 million Hulu subscribers as well as its 85 million cable households.

Ultimately, “I think it’s going to make the FX brand even more valuable,” he said.

The idea to cluster FX’s premieres in the same week came from Freer, as a way to leverage some marketing heft around FX on Hulu’s launch. “But ultimately, we’re a one-at-a-time business,” Landgraf said.

The chairman doesn’t expect FX on Hulu to dent the network’s linear ratings; instead, it will increase the overall audience. That’s what happened with A Christmas Carol, which aired last month on both platforms and drew a combined audience of 7.5 million. Also, the median age for Carol’s Hulu viewers was 17 years younger than on FX.

FX will also not decrease its linear output in favor of FX on Hulu, said Landgraf, who plans to maintain a “robust” slate of series on FX and FXX.

Landgraf, who has long criticized Netflix for not being transparent with its ratings, admitted that the FX on Hulu ratings might not become public.

“What does Hulu does with its data is really not my decision to make,” he said, adding that the decision lies with Freer. But if the decision was up to him, “I’m in favor of transparency.”

The FX on Hulu launch comes as the annual output of scripted series topped 500 for the first time ever in 2019, with 532 scripted shows airing on broadcast, cable and streaming outlets, according to FX research. That’s a 7% increase over 2018’s 496 shows.

Landgraf reaffirmed his commitment to FX’s linear networks, which he said have carved out distinct identities, with FX as the “older sibling” to FXX.

While FXX original series like Archer could air on FX, the networks have built separate brands around their respective library content. FX is oriented around movies, while FXX is the home for adult animated series like The Simpsons, Family Guy and Bob’s Burgers.

Earlier today, FX gave Ryan Murphy’s American Horror Story, its highest-rated show, a three-season renewal, which will keep it on the air through at least 2023, when Season 13 is expected to air.

“It’s poetic to me that American Horror Story is going to have 13 seasons. It just felt right,” Landgraf said.

In other Murphy news, the next installment of Murphy’s American Crime Story, titled Impeachment, likely won’t make its previously announced airdate of Sept. 27, 2020, according to Landgraf. Production on the season, which will focus on the national scandal involving Monica Lewinsky and President Clinton that led in 1998 to the country’s first impeachment proceedings in more than a century, won’t start until March because of Murphy’s busy schedule, and will last until October.

Meanwhile, Season 3 of Donald Glover’s Atlanta will likely debut next January, and will be 10 episodes instead of the previously announced eight. Season 4, which will be shot back-to-back, will likely debut in fall 2021, Landgraf said.