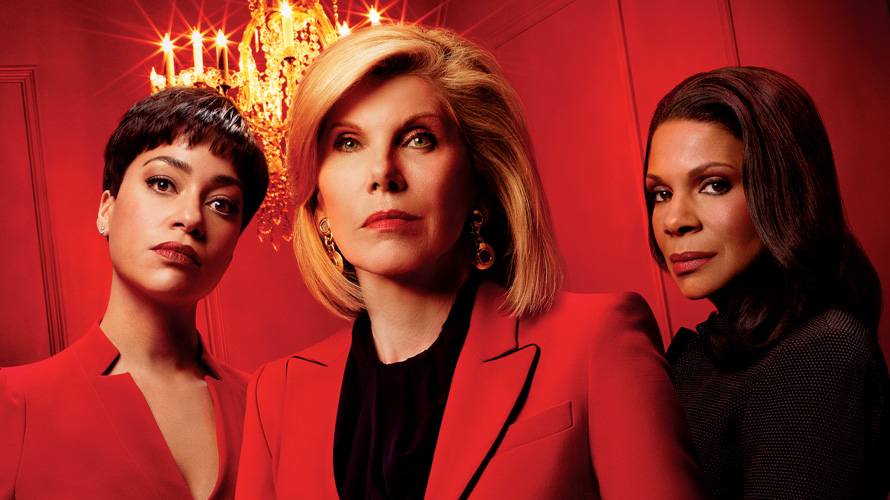 The Good Fight will air its first five or six episodes of Season 4 consecutively, and then return for its second half after production resumes. CBS All Access

Several of spring’s most anticipated series have been postponed due to COVID-19 shutdowns, but CBS All Access is still moving forward with Thursday’s Season 4 premiere of The Good Fight.

That drama also had to halt production because of the novel coronavirus, but the streaming service will run the first half of the season now, then air the second half after production resumes.

The Good Wife spinoff, which Adweek named one of the 10 best shows of the decade, could have a higher profile when it returns. CBS aired Season 1 last summer to help build awareness for the series, and CBS All Access is one of several streaming services offering a free 30-day trial to woo housebound Americans during the pandemic.

Before the coronavirus shut down production, co-creators and showrunners Robert and Michelle King spoke with Adweek about the new season—which tackles corporate mergers and the breakdown of the rule of law—plus juggling The Good Fight and their creepy CBS drama, Evil, and how much longer they’d like the spinoff to run for.

This interview has been condensed and edited for clarity.

The series started out with the results of the last presidential election, so how important was it to incorporate this election year into the new season?
Michelle King: Our thoughts were, A: All the episodes are going to air before that election, and B: Nancy Pelosi brought up impeachment right as the writers room was starting [last fall], so it was pretty clear we didn’t know which way things were going to go, and we had to tread carefully.

Robert King: So it’s there and there are issues there that are going to be explored, issues of Facebook allowing lying ads, issues like that will be part of the election, even if this were a neutral year. The difficulty is, we don’t have a failing of will to explore the election this year, we just have a failing of timing. It’s so easy to show yourself as dated during an election year.

Corporate mergers are a big theme this season. How did you settle on that topic?
Michelle: Part of it is it’s interesting to see our characters not be entirely in charge of their own fate, to see them as underdogs. And given the way of the world, mergers seem to be the norm these days.

Robert: You’re seeing how CBS is dealing with the [Viacom] merger but also with human resources, with the falling out of the Les Moonves years. We’ve obviously had a similar mythology in the show, in that [the Good Fight firm’s founding partner Carl] Reddick was found to be raping secretaries. So a lot of it is trying to see how much you can get what’s going on in our current environment into the show itself.

Speaking of mergers, now you’re part of ViacomCBS. Has there been anything different on your end since that deal closed?
Michelle: We have not felt the repercussions at all.

Robert: How would we feel it, though? I was trying to think.

Michelle: If everyone in the network got fired?

One topic you’ve included this season is the idea that the law has broken down and subpoenas now mean nothing. Given that every day, there is a new issue that could potentially inspire an entire season’s worth of stories, that does seem like a topic that dovetails perfectly with your show.
Robert: You’re always also looking for, “What is the lasting effect of what has been a very strange four years in history—and maybe it will be eight years in history?” The four years in history have led to a feeling that there’s more bullying in schoolyards, but also in the area that we usually think of as un-tinkerable, which is the legal system. There is also that, whether an appointed judge or judges, or in this case, the feeling of what you have to obey and who has to obey it—and who doesn’t.

Are you going to have the Schoolhouse Rock-inspired musical interludes every episode again this season?
Robert: No.

Michelle: We loved them, and you don’t want to overstay your welcome.

Robert: Also, there was this feeling we needed one per episode to stick within our own rules. Sometimes they didn’t feel the need to be as essential as they were. Jon Colton [who wrote and performed all the songs] can take over a whole episode as far as I’m concerned, and same thing with [animation studio] Head Gear. The difficulty, I think, is our subject matter didn’t lend itself to this as much.

There are certain topics that seem like they could become storylines for either one of your shows—The Good Fight or Evil—like Jeffrey Epstein. So how do you decide which show gets them?
Michelle: We’ve not had that go on, in part, just because of the timing of it all.

Michelle: Yes, Epstein would be either.

Robert: Epstein is an amazing story. In many ways, the only reason you wouldn’t want to do it is A: Everybody’s doing it, and B: Are you going to simplify something that shouldn’t be simplified?

After the Chinese censorship battle that you had with CBS last year, has anything else come up with them this season?
Michelle: No. I did not walk away from that thinking, “Oh, we’re in a brand new world in terms of how they look at our content.” And it’s not proven to be different than it was.

So it was more like a South Park-Prophet Muhammad situation, where this was very specifically about one issue?
Michelle: Exactly right.

Robert: And by the way, it’s been very good that a lot of people have brought it up since. I think it has more intention because of the NBA [controversy in China].

Evil is coming back for Season 2, you have The Good Fight, and Your Honor coming up on Showtime, which you’re also producing. Do you feel like you have too much on your plate, or just the right amount?
Michelle: It depends on the day, to be perfectly honest. It’s feeling doable this moment.

Robert: We’re actively involved this season with micromanaging 23 episodes [between The Good Fight and Evil], and I do think that’s the upper limit, because of what each one requires. It’d be different because obviously we’ve been doing Your Honor at the same time, but that means Michelle going down and supervising into New Orleans and us being involved with the edit of certain things and so on. But Peter Moffat is the one writing [that], and his writers room.

Michelle: And Liz Glotzer, who’s the head of our production company, is there full time.

Some streaming services like Netflix are only letting their shows run for a few seasons. How long would you like The Good Fight to go on for?
Robert: What’s appetizing about this is it’s a little bit like a scribble pad, in that Michelle and I get a bellyache that morning and can say, “Well, why don’t we write about that?” And it gives you a lot of freedom. We’d always read that the creators of [a long-running broadcast show] were asked what they regret, and what they regretted was leaving a hit show.

Michelle: It was one of the CBS procedurals. That may be across the board; maybe lots of people regretted that.

Robert: Not that it’s a hit show, but it’s a show where we have a very comfortable area, where they approve almost everything we want to do. So I think I’d keep going another two years, maybe? [The] Good Wife, by intention, only went seven years. I don’t want to disparage that show—because to my mind, it was very good—but there was maybe one year we could have trimmed out of there.