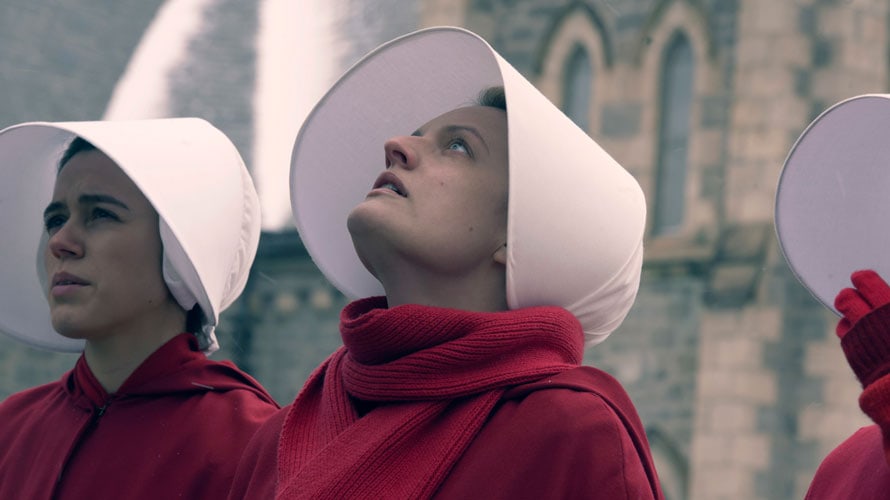 Season 3 of The Handmaid's Tale debuts today with three episodes, followed by a new one each week. Hulu

During his 20 years as an NBC exec, including seven as NBC Entertainment president, Warren Littlefield presided over the network’s “Must See TV” heyday in the ’90s. Now, two decades later, Littlefield is once again overseeing some of TV’s most buzzed-about series as an executive producer on Hulu’s The Handmaid’s Tale and FX’s Fargo.

The Handmaid’s Tale, based on Margaret Atwood’s 1985 novel about a dystopian future in which the U.S. government has been overthrown by a fundamentalist regime and many women are enslaved, returns for Season 3 today, with three new episodes streaming on Hulu and an additional episode available weekly. For the show, which won the Emmy for outstanding drama series in 2017, these are the first new episodes since the controversial Season 2 finale, during which—spoiler alert—Elisabeth Moss’ June sends her newborn baby away to freedom, but elects to stay behind in Gilead.

Littlefield, who is currently in production on a new Hulu series, the drama Reprisal, spoke with Adweek about how much longer Handmaid can go on, if Margaret Atwood’s upcoming  sequel will be incorporated into the series, how he would compete with streamers if he were still a broadcast exec and what’s in store for Fargo’s upcoming Season 4.

Adweek: What was your biggest challenge going into Season 3?
Warren Littlefield: We didn’t want to duplicate ourselves. Season 1 was about June’s survival; that was the thematic. Season 2 was largely informed by motherhood, protecting her unborn child and trying, in some way, to protect [her other daughter] Hannah. Season 3 takes us outside of June and really thrusts us into ‘how does she affect the lives of others’?

So this year is about the radicalization of June—”blessed be the fight”—and the burden of leadership. What does that look like? For us, it was finding a fresh thematic that brought us into new territory. Bradley Whitford brings us into a new commander’s household and a new dimension, because, is this a good guy? Is this a bad guy? And I think the answer is he’s both. That’s a new dimension in that power structure of Gilead that June is up against. So that gave us a lot of opportunities as we navigate through year three.

It always seems like the only thing harder than launching a successful TV show is trying to sustain one. What did you learn about that during your time at NBC and over the years that you’ve been able to apply here?
I think in this age of television, when you’re not doing procedural television, you need to embrace change. It feels like, if we’re going be in that rarefied air of appointment television, then we’ve got to play at that level. It means a high level of risk, and it means that you’re not going to always be right.

And also, even with viewers that criticized our end of Season 2, we had to love their passion. They weren’t ready for June to turn back towards Gilead, and, wow, they felt passionately about it. That only makes us feel like we made a number of very good decisions because they feel that strongly about it.

When The Handmaid’s Tale first launched, you and Margaret Atwood would say that while the show had some similarities to modern events, the story pulls from events throughout history. But just two years later, the current parallels seem undeniable, even more so in the last month. Do you feel that the show has leaned more into the present, given everything that has unfolded since it premiered?
I think the world is leaning to us, unfortunately. Our job is not to present the news. Our job is to create a dramatic narrative that’s compelling for our audiences. Unfortunately, and particularly right now, [with the new abortion laws in] Georgia and Alabama and Missouri, we are living in a world that is very, very quickly racing towards Gilead. We don’t want that to be the case, but we recognize it. I wish we were a little less relevant, but we seem to be a part of the discussion.

Our Handmaid’s wardrobe is a symbol throughout the world of demonstration and resistance. So that feels thrilling, and a burden. We can’t help in the thematic that Margaret chose, and that we’ve followed, and then gone certainly beyond the book. We seem to be on a parallel course with the events in the world: the rise of the alt-right, and the rise to take back a women’s right to control her body and have control over it. Again, we’re not doing the news. But we seem to be touching on it, and that’s part of the essence of who we are. 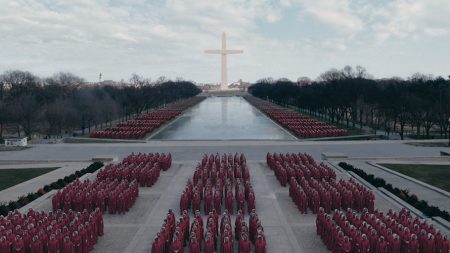