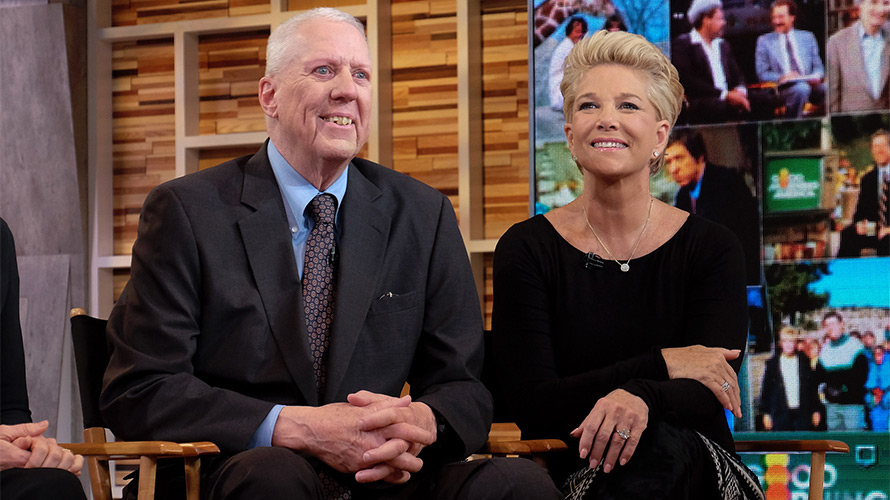 Like most media companies, 130-year-old Hearst is having to find new ways of doing business.

“These businesses have the wind at their back,” said CEO Steve Swartz in an interview with ABC’s Rebecca Jarvis that helped kick off the 2017 NAB Show in Las Vegas.

“For any core media business, the growth is challenged,” Swartz said. “We’re on the wrong end of the supply-and-demand curve. There is so much content—very good content—and limited places for advertisers.”

While Hearst’s Cosmopolitan magazine is one of the top performing Snapchat channels, Swartz said social media platforms will not save traditional media. “These platforms take a healthy amount of the revenue, so that alone won’t drive your business,” he said to the standing-room-only crowd.

Swartz brushed aside the challenges at ESPN—brought on mostly by cord cutters—in which it has a 20 percent ownership stake.

“The ESPN management team led by John [Skipper] is second to none,” he said. “It is still the best brand with an unrivaled collection of sports assets, continued innovation, along with more OTT niche-sports products.”

As for the growth of streaming live TV from bundled carriers like DirecTV, Sling, YouTube and soon Hulu, Swartz sees only upside. “I think it’s a great opportunity to win back market share,” he said, adding, “We’ve had a small but steady erosion of customers who want to pay for small OTT packages. I think it’s wholly positive for our industry.”

Jarvis ended the conversation with how the company began, as a newspaper publisher founded by William Randolph Hearst. “Until the day he died, Mr. Hearst was calling in headlines to various papers,” Swartz said, adding that the news media is facing a daunting crisis of confidence from consumers. “Whether you’re a Democrat, Republican or Independent, we have a crises in this country,” he said.

The opening session at the NAB Show was emceed by CBS Sunday Morning host Jane Pauley and included a reunion of sorts with David Hartman and Joan Lunden. Pauley, the former co-anchor of NBC’s Today show competed against Hartman and Lunden, co-anchors of ABC’s Good Morning America, for several years in the 1980s. Hartman and Lunden were honored with the NAB’s Distinguished Service Award. After his acceptance speech, Hartman used his signature sign-off: “Go out and make it a good day.”