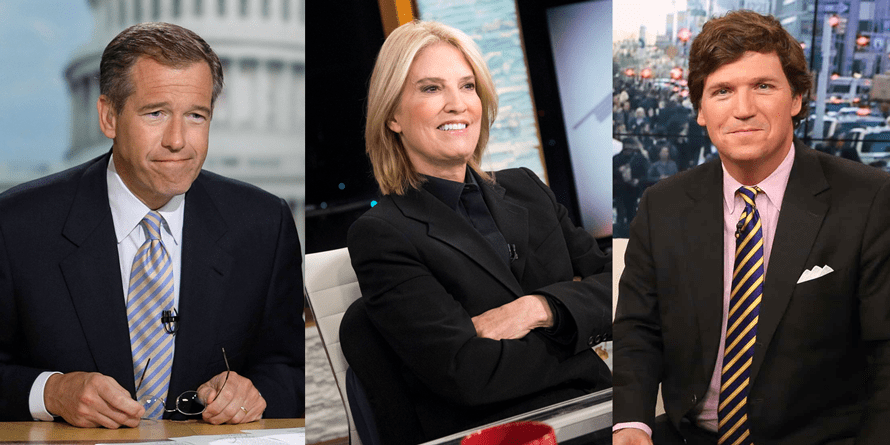 Television news matters. The networks should be monitored, scrutinized, criticized and applauded when appropriate. And all of the scrutiny makes TV news better.

That was the simple idea behind the launch of my blog CableNewser 15 years ago. I was a television news junkie, and I wanted to read more about the shows, the stars and the screw-ups.

I was also intrigued by this up-and-coming thing called blogging. In 2003, it suddenly became really easy to set up a blog and start publishing anything, anytime, anywhere. In the days before Facebook and Twitter, this was a revelation.

So in the fall of 2003, when I was starting classes at Towson University, I came up with CableNewser, the name of the website and my anonymous identity. I figured no one at the networks would take me seriously if they knew I was only 18 years old. I started the site on New Year’s Day 2004, when the biggest news involved Deborah Norville’s new MSNBC show and the expansion of CNN’s Inside Politics to Sundays.

I was just aggregating at first—linking to other sites and stories—but word about the blog spread quickly, thanks to links from blogs like BuzzMachine and Instapundit. Within weeks, I was being read by the same people I was writing about, like Brian Williams and Greta Van Susteren and Tucker Carlson.

Pointing out on-air errors and other screw-ups was—and is—a pretty solid way to ensure fewer in the future.

The site took off in a way I never expected. It was a bulletin board for the cable news world. A trade publication for the digital age. Every industry needs one. When I started the blog, there was nothing else quite like it. I loved sites about journalism, like Romenesko, and about local news, like NewsBlues. But my obsession was cable news. I felt like media reporters paid too much attention to the broadcast giants and gave short shrift to the cable channels that were influencing the broadcasters every day. Cable news was changing television—for better and for worse—and the channels needed to be scrutinized. Pointing out on-air errors and other screw-ups was—and is—a pretty solid way to ensure fewer in the future.

One small addition a month after the site’s launch made an enormous difference: an anonymous tip box right at the top of the page, allowing anybody to send me a message. Most of the tips were really just quips, complaints and links to stories. But one out of 100 was actually newsworthy, giving me reasons to get in touch with anchors, agents and PR people. What was true? What was about to be true? Who was winning, who was losing and what was going to happen next? The blog became a genuine news source for the news business.

Within six months, I had revealed my identity to a reporter at The New York Times, and Mediabistro contacted me about buying the site. In July, CableNewser became TVNewser, and the blog expanded to cover the broadcast network news divisions. It was the perfect college job, a priceless education in television and journalism: TV 101. Fox brought me in to meet Roger Ailes and tour the newsroom. CNN showed me around CNN Center in Atlanta. MSNBC hooked me up with a badge for one of the political conventions. A few shows, like Fox’s Red Eye and HLN’s Showbiz Tonight, even had me on as a guest.

But sometimes TVNewser infuriated the networks. There were stories that sparked leak investigations and public denunciations. Journalists sometimes get prickly when they become the story. Regardless, it is critical to look inward at the members of the media who look outward.

After graduating from Towson, I joined The Times, then moved to CNN in 2013. I have to admit, it’s still a thrill when I see TVNewser on the monitors of CNN staffers in the newsroom. I also have to admit that now that I’m one of those journalists being covered, I too sometimes get a little prickly when I see the posts that are about me.

But then I remember why I started the blog and why I still think it’s important: These networks matter. Sometimes they make news judgments that help millions of people become more informed. Other times they stoke fear and sensationalize stories, doing a disservice to the public at large. Right now the networks also serve as a daily briefing for the president of the United States. The shows and the stars deserve more scrutiny than ever. 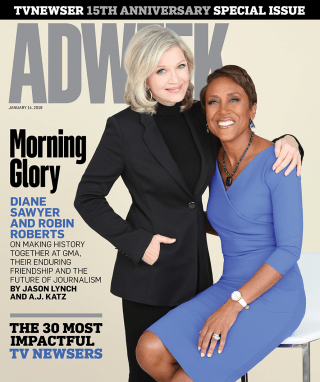