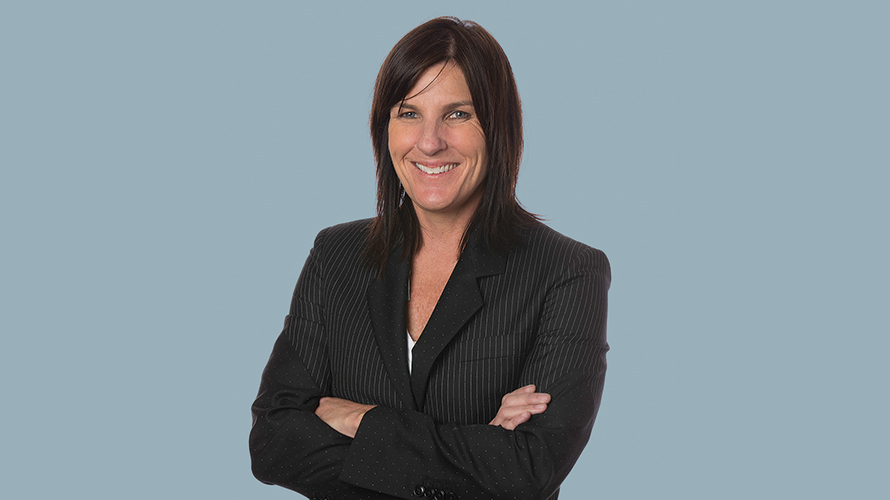 Megan Clarken uses her Olympian drive in her role as president, Watch, Nielsen. Courtesy of Nielsen

A native New Zealander, Clarken spent years going back and forth between the U.S. and Australia for Nielsen, analyzing audiences from all parts of the globe during a 14-year tenure at the data behemoth. Now, Clarken is global president of Nielsen’s Watch, which provides Nielsen’s media and advertising clients audience measurement services across all devices—TV, radio, web and mobile—where content is consumed.

Clarken was raised in a middle-class home in Auckland, New Zealand, where she played sports. She became an incredibly successful track and field star, setting New Zealand records in the long jump at the age of 14. She never graduated from high school after dropping out to pursue her dream of becoming an Olympian; though she qualified for the 1988 Seoul Olympics in the long jump, her dream was cut short at age 19 when a severe knee injury prevented her from competing.

Now, she uses that Olympian drive at Nielsen. “Sports gives you an awareness of how what you’re doing has an impact on the world around you,” said Clarken. “It’s provided me with the knowledge of how to get things done, how to work with people to have them want to get things done and feel passionate about getting things done.”

Nielsen is under increasing pressure from advertisers and networks to embrace cross-platform measurement and account for nonlinear viewing. The company has become a de facto piñata for the media industry’s growing frustration with Nielsen systems in the face of changing consumption patterns. But that isn’t stopping Clarken. Over the next 12 months, her top priority is bringing unity to an extraordinarily complex media marketplace.

“That means bringing comparable measurement across what is becoming a very fragmented environment,” said Clarken. “We are continuously innovating and rolling out solutions for clients that are helping them to grow [or] protect their media spend in the marketplace.”

Since becoming president of Watch in August 2017, Clarken has made a point of bringing people together from diverse backgrounds and skill sets to Nielsen. “I’m focusing on making sure we have balance and equality across gender inside of my team,” said Clarken. “I bring a strong female voice to the table at the executive level, and I bring a strong profile externally to our clients.”

Megan Clarken leads Nielsen’s U.S. media and international Watch commercial teams, along with its global Watch product leadership organization. She was appointed to this role in August 2017.


“Over time, I have worked my butt off and gotten myself to where I am today,” Clarken said. “It has been a pretty quick train ride that has taken me through a bunch of different roles, and I have worked pretty hard at it.”

“The market is complex and changing fast,” she said. Do your homework and understand how it works in detail and what the real challenges are. Have an opinion and don’t be afraid to express it. Nothing is off the table in a dynamic and disruptive environment. Be bold.”

Click for more from this issue
This story first appeared in the May 7, 2018, issue of Adweek magazine. Click here to subscribe.
@ajkatztv aj.katz@adweek.com A.J. Katz is the senior editor of Adweek's TVNewser.