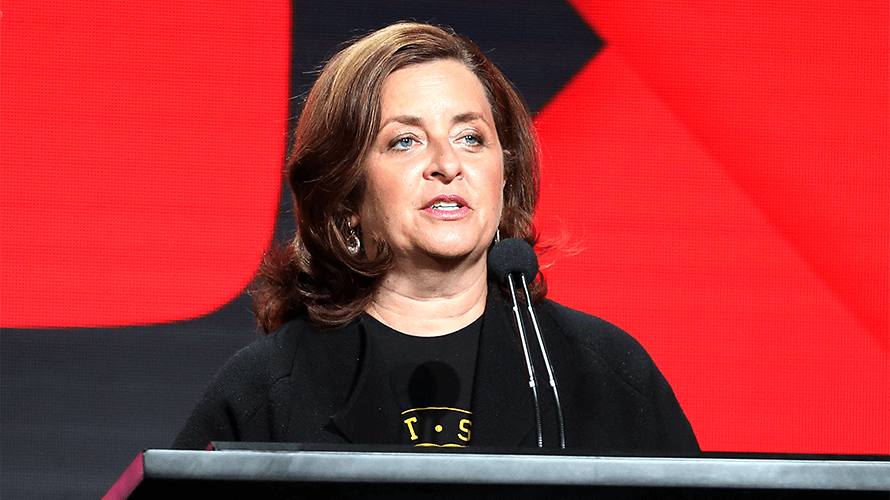 Now the SVOD is trying to build on that momentum with a fall slate that includes a new special from Will Smith (called Will Smith: The Jump), a sci-fi thriller called Origin and a documentary about the late ‘N Sync and Backstreet Boys producer and fraudster Lou Pearlman. Cobra Kai is one of 30 new films, series and specials that YouTube’s global head of original content Susanne Daniels’ division will release this year.

Daniels talked with Adweek about why the service shed its original YouTube Red moniker in May, how Cobra Kai has changed YouTube Premium and why she wants to offer more YouTube original programming outside the Premium paywall—with ads.

Adweek: You talked in July about the thinking behind YouTube Premium’s name change. Was there one moment that finally prompted you to realize you had to rebrand YouTube Red?
Susanne Daniels: I work very closely with the marketing team. It was a joint decision and something we talked about a lot. We collect a lot of data from our audience and it slowly but surely became clear to us that after repeated attempts, YouTube Red wasn’t breaking through in terms of selling what the service was providing. There wasn’t an Oprah, “Ah-ha!” moment; there was repeatedly looking at data that suggested a name change that better sold what the service meant and did for an audience was necessary.

Why didn’t you change the name at the same time you launched Cobra Kai two weeks earlier, when the service was getting an influx of new viewers?
You’re right to ask that question. I would have preferred to do it before we launched Cobra Kai. I wasn’t happy about that lag. There were just delays, and that was unfortunate.

How has Cobra Kai’s success changed the perception of YouTube Premium within the industry?
I’ve worked at companies that were evolving and starting up divisions before, from joining Fox when we’d just added the third night of television to primetime, to helping start The WB, which is now The CW, to rebranding Lifetime. A hit is a game-changer, no matter whether you’re on a digital platform or a network. It drives viewership and perception change, and it creates enthusiasm internally and externally for a company. So we got lucky, and I think it’s affected positive change in many ways.

"I’ve been doing this long enough to know not just to chase IP, because that’s not the winning solution."
Susanne Daniels, on the success of Cobra Kai

Two of your biggest hits so far—Step Up: High Water and Cobra Kai—were based on existing IP [intellectual property]. What are the parameters under which you’d consider another show based on existing IP?
Well, I’m chasing existing IP right now, but I’m not going to say what it is. The parameters are that I know that it resonates with the YouTube audience. I know that the heavy users of YouTube love it, watch it, search for it and want it. But that’s not to say I’m only going to do shows based on IP, because that kind of thing never works.

After Friends was a huge hit, you saw all the networks develop their young, ensemble friends show set in a big city—and they all failed. You get magic in a bottle, and the magic’s not because of one thing. So Cobra Kai is not successful because it was based on Karate Kid. It’s not successful because Ralph [Macchio] and Billy [Zabka] are in it. It’s successful because of so many things, including those two things. So I’ve been doing this long enough to know not just to chase IP, because that’s not the winning solution.

You’ve experimented with putting some YouTube originals in front of the YouTube Premium paywall, and offering them free, with ads. What kind of balance would you like to strike between AVOD and SVOD programming?
I have a complicated answer to that question in that I can’t say, “I want everything to have a one week AVOD window and then move [behind the paywall] to SVOD.” It needs to be a case-by-case and a show-by-show basis. I think we’re going to win with giving a lot of shows—maybe 50 percent, maybe two-thirds—an AVOD window of some sort. Maybe a day, a week, a month—and then move them to SVOD.

But some things should remain exclusive. I think there should be some benefits to being a Premium member that don’t just include bingewatching. So you get access to certain things, like additional footage and special shows that are just behind the paywall.

What other genres would you like to expand into?
Kids. We did a few kids shows early on. We won an Emmy for Fruit Ninja, and we got Emmy nominations for some of the other shows. They were really good shows, and I was really proud of them. But we didn’t continue them because we did an analysis of our audience early on, and it was primarily 18-34 and didn’t have kids. So there weren’t a lot of kids in rotation, and the analysis suggested kids weren’t going to drive subscription on YouTube because there is a YouTube Kids app, which is incredibly successful, and there’s enough content for them for free that it wasn’t going to be a driver on YouTube.

I know Netflix considers it a driver and Disney obviously is considering it a driver, but for our purposes, it’s not right now. I love doing kids programming, and I have four kids. I think in time as we grow, and our demo expands, and we have kids in rotation, I’d love to see us add more kids programming. And I’d love to see us add more movies to the mix, too.