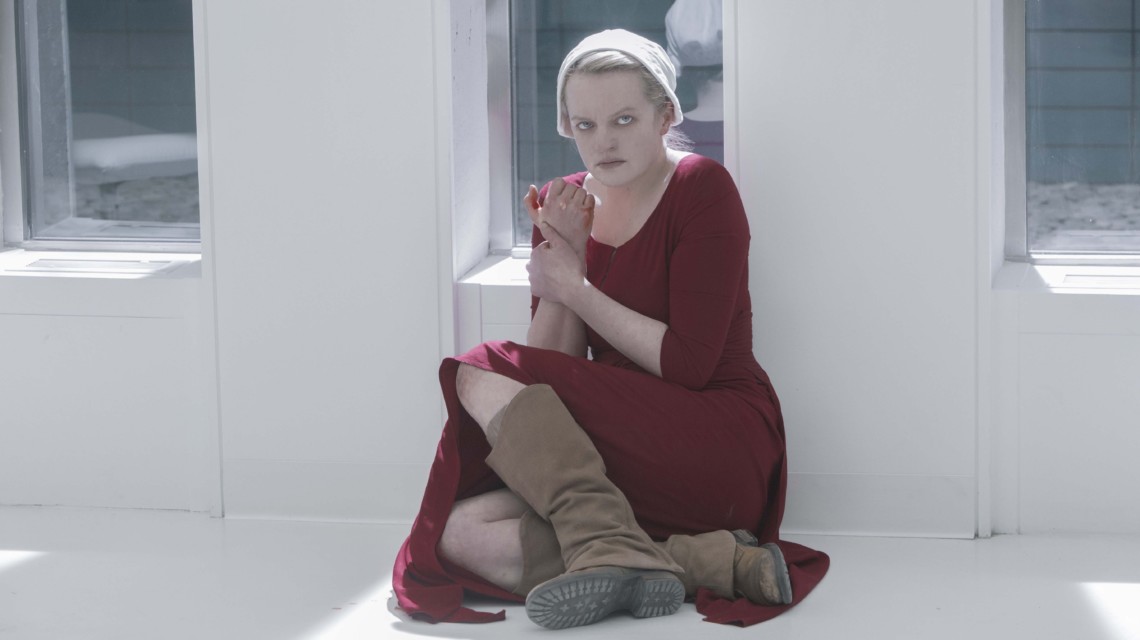 The Handmaid's Tale's renewal comes a week after it received 11 Emmy nominations, despite not being eligible for several major categories. Sophie Giraud/Hulu

Hulu, which started 2019 off with a strong freshman slate of series like Shrill, The Act and Ramy, is trying to keep this year’s momentum going by renewing its most popular show, The Handmaid’s Tale, and ordering a pair of new series featuring Amy Schumer and Padma Lakshmi.

Craig Erwich, svp of originals, made the announcements today at the Television Critics Association’s summer press tour in Los Angeles.

Hulu renewed its signature series The Handmaid’s Tale, which stars Elisabeth Moss and is currently airing its third season, for Season 4. Hulu had previously renewed that series during its annual NewFronts event but was unable to do so this year given that its Season 3 premiere was pushed back from April to June.

“We’re having our most-successful season to date,” Erwich told reporters, adding that Season 3 viewership is up 40% compared to Season 2 last year.

Comedian Schumer has signed a first-look deal with Hulu and will create and star in Love, Beth, while also serving as the show’s director, writer and executive producer. The series is slated to debut in late 2020, and Hulu said more details will be announced later.

Hulu is also adding to its original food programming slate with an untitled new series that will star host and chef Padma Lakshmi.

Each episode of Lakshmi’s series will start with a single dish that connects to a community’s history and then will follow how that immigrant community evolved through that cuisine.

“It’s a genre that we see people over-indexing on when they’re watching,” Peter Naylor, Hulu’s svp and head of advertising sales, told Adweek at the time, noting that epicureans are “coveted” by several brand categories beyond food, including luxury travel and auto. “This is a place where we imagine we can do a lot of branded content pretty effortlessly to the epicurean audience.”

Hulu is also beefing up its library content in addition to its original slate, picking up all seven seasons of the ’80s CBS sitcom, which starred Dixie Carter, Delta Burke, Jean Smart and Annie Potts. “It was ahead of its time,” said Erwich. The series will make its Hulu debut on Aug. 26, which is also Women’s Equality Day.

In a statement about today’s announcements, Erwich said, “Hulu is taking big swings on bold and brand-defining stories that reflect the culture and inspire conversation. The series we’re presenting today come from many of the biggest storytellers and fresh new voices in entertainment and reflect why Hulu is a home for creators to do their very best work.”

Last week, Hulu received 20 Emmy nominations, including 11 for The Handmaid’s Tale, even though the series was not eligible for dramatic series consideration and several other major categories, because Season 3 aired after the Emmy eligibility window had closed. However, those nominations came from individual episodes from Season 2, which aired  during the eligibility period.

Among Hulu’s other TCA announcements, Oscar winning actor Mahershala Ali—who recently starred in True Detective Season 3 and was just cast as Blade in Marvel’s reboot of that franchise—will be a special guest star in Season 2 of the critically acclaimed Ramy.

The streamer also locked in several premiere dates for series it will roll out later this year.

New comedy Dollface, starring Kat Dennings as a woman who is dumped by her longtime boyfriend and taps her imagination to both literally and metaphorically re-enter the world of women, premieres Friday, Nov. 15. Margot Robbie is executive-producing the series.

Coming Dec. 6 is Reprisal, about a femme fatale seeking revenge about being left for dead. That show is executive produced by Warren Littlefield, who serves the same capacity on The Handmaid’s Tale and Fargo.

Hulu had previously announced that Wu-Tang: An American Saga will debut on Wednesday, Sept. 4, while limited series Looking for Alaska—based on John Green’s best-selling novel—will premiere on Friday, Oct. 18.

In May, Disney assumed full operational control over Hulu from Comcast, but hasn’t yet implemented any public strategy changes at the streaming service. Erwich said that the upcoming Disney+ streaming service will be offered as an add-on for current Hulu subscribers.