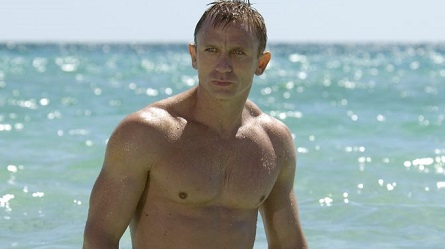 Halina Watts sounds, perhaps, like the name of a Bond girl. But in this case, she is clearly a Bond villain.

The Daily Mirror’s Sunday Showbiz editor has set off a wave of mockery with her item claiming that the next Bond film will be based on Never Dream of Dying, a continuation novel by U.S.-based author Raymond Benson. Benson, via Facebook, quickly stated that this would be news to him, while website MI6 noted that it’s never a good sign when a journalist gets the year of publication wrong. (Watts wrote that the Benson book came out in 1999; it was in fact published in 2001.)

.@HalinaWatts86 your Bond 25 story is completely false, and saying you spoke to the author is a total lie: https://t.co/iQKjI40h6Y

The Mirror item has been picked up by The Sun showbiz reporter Beth Allcock, whose last name in this case as it pertains to the veracity of the content may be entirely apt. In the comments to the Watts article, as on Twitter, people are decrying the reporting. Here for example is how user Grice007 ends their Mirror comment:

I suggest you remove the article and dispose of its author in a shark-infested pool before you have Eon/Danjaq/MGM and Ian Fleming Publications placing a lawsuit against you.

Some more playful reaction is being aimed at Watts’ claim that the tentative title for Bond 25 is Shatterhand. James Bond Maps for example deduces that this means Blofeld will escape during the opening credits.

Caveat Emptor: Mirror is at it again, re: Bond 25 https://t.co/VjfnoXpFMc

Update (6:00 p.m.):
Beneath the wonderful headline “Tomorrow Never Lies,” MI6 has posted a detailed follow-up. Here is what Watts told the site via email:

“This story was not fabricated. What was published in the paper was the correct article and somehow it got changed online–it is being corrected now! … It’s from a very good source. That the producers are very inspired and taken by Benson’s books as well as the previous films mentioned in my piece.”