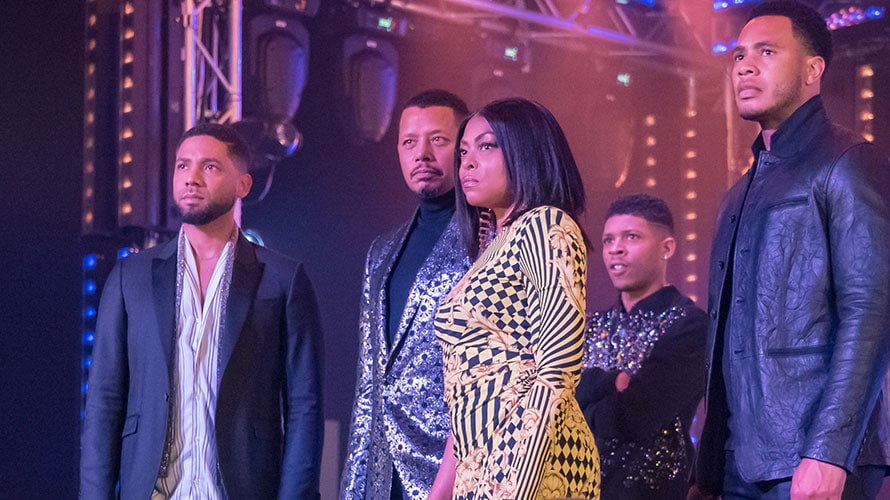 Empire actor Jussie Smollett has been removed from Empire’s final two episodes of the season. The news comes one day after his arrest, following Chicago police claims that he staged the assault he reported last month.

“The events of the past few weeks have been incredibly emotional for all of us. Jussie has been an important member of our Empire family for the past five years, and we care about him deeply. While these allegations are very disturbing, we are placing our trust in the legal system as the process plays out. We are also aware of the effects of this process on the cast and crew members who work on our show, and to avoid further disruption on set, we have decided to remove the role of ‘Jamal’ from the final two episodes of the season.”

This is the latest in several stunning developments concerning Smollett stemming from the attack he reported to Chicago police last month. The actor, who is black and openly gay, claimed that he had been attacked on Jan. 29 by two masked men in downtown Chicago who directed racial and homophobic slurs at him, put a rope around his neck and poured bleach on him.

Yesterday, after Smollett surrendered to face a felony charge of filing a false police report, police alleged that Smollett hired two brothers for the assault and paid them $3,500 with a check that they have a copy of. Police said they also have phone records that show Smollett speaking to the brothers before and after the attack as well as video of the brothers onsite and text messages between them and Smollett.

The actor was released yesterday afternoon after posting $100,000 bond and returned to the set of Empire, which is filmed in Chicago. In a statement last night, Smollett’s legal team said the actor “feels betrayed by a system that apparently wants to skip due process and proceed directly to sentencing.”

The decision to remove Smollett from the final two Empire episodes in production buys producers, the network and the studio some time to determine the actor’s future on the show.

Statements of support have come from both 20th Century Fox Television, which produces Empire, and Fox Entertainment, which airs the drama, since news of the attack broke last month. On Feb. 14, in response to a report that Smollett had engineered the attack because he was going to be written off Empire, the companies issued a joint statement, saying, “The idea that Jussie Smollett has been, or would be, written off of Empire is patently ridiculous. He remains a core player on this very successful series, and we continue to stand behind him.”

The companies reaffirmed their support on Wednesday, saying, “Jussie Smollett continues to be a consummate professional on set, and as we have previously stated, he is not being written out of the show.”

But their tone changed yesterday in light of Smollett’s arrest, where they said, “We understand the seriousness of this matter and we respect the legal process. We are evaluating the situation, and we are considering our options.”

Empire has been on its usual midseason hiatus since Dec. 5. It will return to Fox on March 28 to the second half of its fifth season.

While Empire is not the ratings behemoth it once was, it is still Fox’s No. 2 scripted series in the 18–49 demo this season, with a 2.3 in Nielsen’s most current ratings (behind only 9-1-1, which has a 2.7). The drama, currently in Season 5, has not yet been renewed for a sixth season.