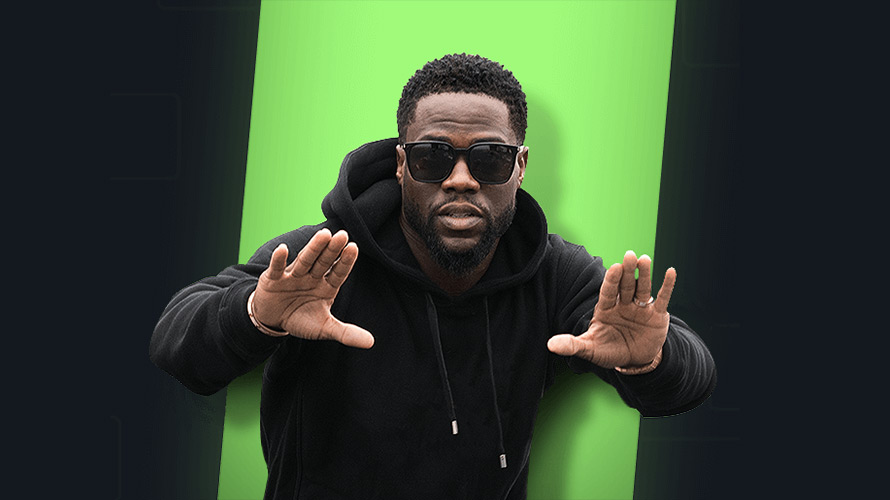 Starting next month, fans of Kevin Hart can stream his specials plus hand-selected and produced content from Hart himself.

“Funny has no color or gender. With our friends at Lionsgate, we are creating a global network that gives a platform to the next generation of diverse comedians from all over of the world, of all ethnicities, to tell their stories,” said Kevin Hart. “Our culture of comedy is unfiltered and inclusive. Most importantly, we exist to make the world laugh.”

The service will launch on Aug. 3; the app is free to download on iOS and Android, but users can pay $2.99 to turn off ads and get access to full seasons of shows, as opposed to watching new episodes as they get released each week.

Fans can watch a sneak peek of one of Hart’s new series starting today on Facebook before it moves exclusively to the network. Kevin Hart: Lyft Legend is a six-episode series in partnership with Lyft; Hart goes undercover as a Lyft driver to see how far he can push boundaries while in character when everyday people, plus celebrities like Trey Songz and Joel McHale, are in the car.

Hart is also partnering with YouTube for a series called What the Fit?, in which he tries the most grueling and wild trends in fitness with his celebrity friends and other YouTube stars.

“Kevin Hart is an extraordinary global talent, and we’re proud to continue expanding our multi-faceted relationship into exciting new opportunities,” said Lionsgate CEO Jon Feltheimer. “He is not only one of the biggest stars in the world but a great entrepreneur and an incredible brand. Together, we’re building Laugh Out Loud into a compelling, content-rich value proposition for his millions of current fans—as well as new audiences worldwide.”

For more information on the streaming service or the series and creators that will be featured, visit its website. New content and programming will periodically be rotated onto the service.