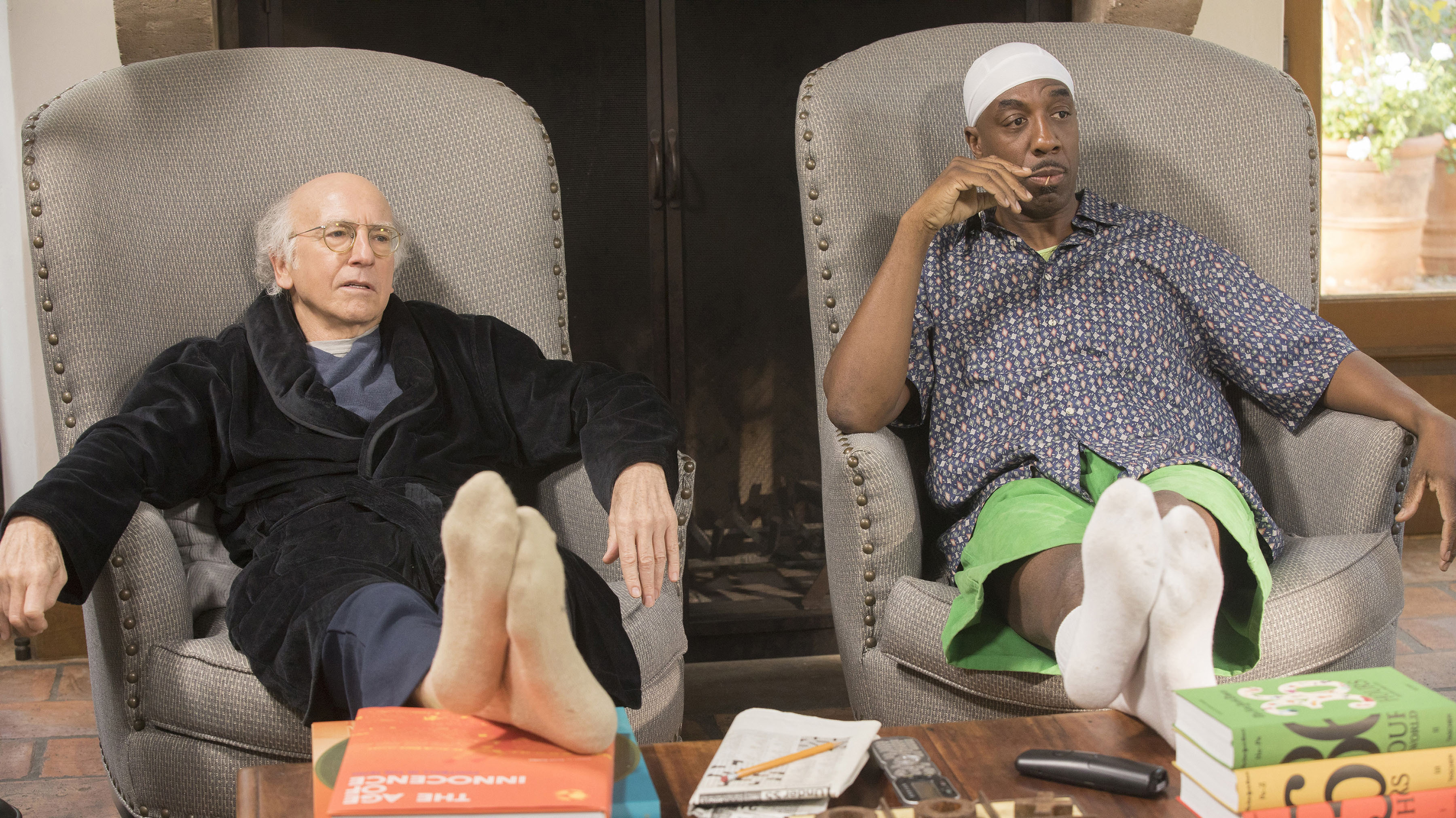 Curb Your Enthusiasm will return to HBO on Oct. 1, six years after its last season aired. John B. Johnson/HBO

To everyone who asked Larry David over the past six years whether he would make another season of Curb Your Enthusiasm: Congratulations; you wore him down.

David told reporters at the Television Critics Association’s summer press tour in L.A. that he decided to make Season 9 of Curb, which premieres Oct. 1 on HBO, in part because he was tired of people asking him about it.

“I couldn’t face that question anymore,” said David of returning to the series after a six-year hiatus. “I’m not a miss-er. I don’t really miss things [or] people that much. But I was missing him, and I was missing these idiots”—he gestured to castmates Susie Essman, Jeff Garlin and J.B. Smoove—“so I thought, ‘Yeah, what the hell?’”

Despite the long break, the show doesn’t seem to have missed a beat, judging by the uproarious response to the Season 9 footage HBO screened for the press. The TV version of David yells at a couple making out outside his office window (“You’re allowed to be happy, but not in front of me!”), tells a woman sobbing loudly at a funeral to “shut up!”, goes on Judge Judy and is stuck in the middle seat on a plane.

The comedian said that he thinks every season of Curb Your Enthusiasm he does will be his last, adding that he always felt the same way when he was making Seinfeld. “I like to quit things, too. It’s a very satisfying thing!” he said.

Still, over the past few years, “I was always writing stuff down” and thinking about potential ideas for the series, David said. He and executive producer Jeff Schaffer will go back and forth for months, fleshing out potential Curb stories, and don’t approach HBO about doing another season until “six or seven shows” are written, Schaffer said.

David wouldn’t say what his alter ego has been up to since the last season—“That’s a trick question!”—but Schaffer said, “You will find out very quickly” in the new season about where the characters have been in the interim. Then, teased Schaffer, “you will never expect where it ends.”

Joked Garlin, “It thematically follows Pirates of the Caribbean. … It’s more like the last one than the first few.”

During the panel, David engaged in his favorite TCA pastime: hilariously (and good-naturedly) roasting TV reporters. He said to one, “What are you doing? I braved traffic to get here, and you’re bringing up the Seinfeld finale? Shame on you.” Later, when asked about turning 70, he responded, “Very unpleasant experience. Thank you for reminding me.”

Curb isn’t the only series David will pop up on this fall. He also appears in the new season of PBS’ Finding Your Roots, where he discovered that he is in fact related to Bernie Sanders, whom he plays frequently on Saturday Night Live. “I was very happy about that. I thought there must have been some connection,” David said.

So if persistent questions about Season 9 finally convinced David to return to Curb episodes, does that mean people should start bugging him about a 10th season? David paused, smiled, and said, “Not bad!”