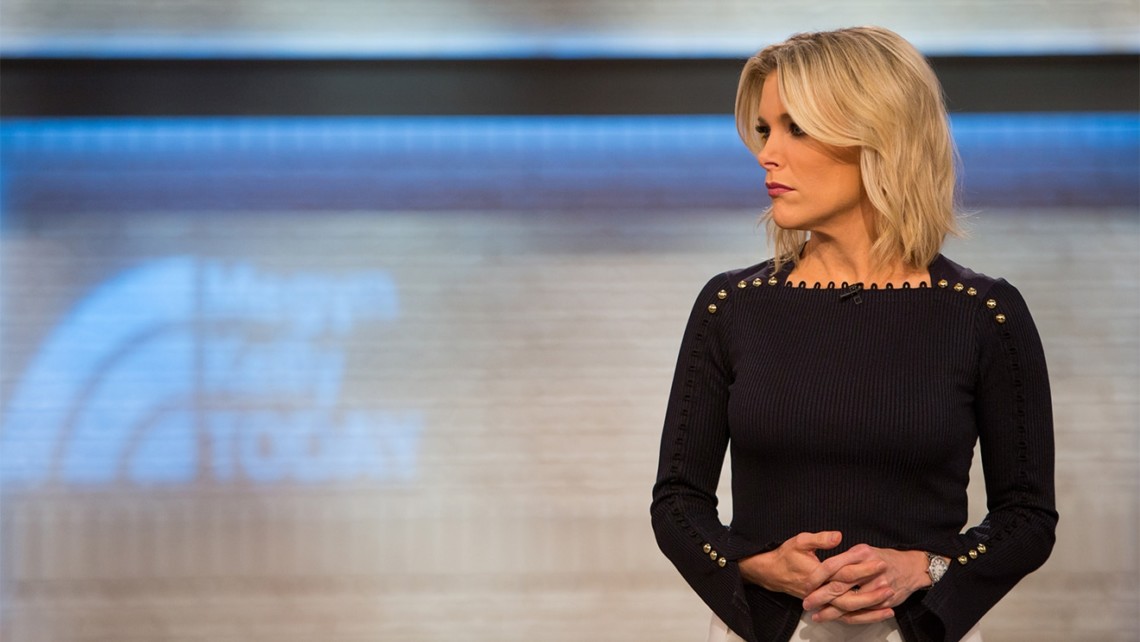 In May 2017, Megyn Kelly told buyers, "I’m thrilled now to be able to anchor the kinds of broadcasts that I’d always dreamed I’d be able to do." Getty Images

In January 2017, when Megyn Kelly opted to leave her longtime Fox News home and accept a three-year, $69 million megadeal from NBC News, many industry observers doubted that NBC and Kelly would be a good fit. Turns out they were right.

Friday night, NBC News made official what has been inevitable since October, and perhaps even longer than that: It has cut ties with Kelly, who will leave the news organization after reaching an agreement to dissolve her contract.

“The parties have resolved their differences and Megyn Kelly is no longer an employee of NBC,” said NBC News in a statement.

A source with knowledge of the situation told Adweek that Kelly will be walking away with the remaining $25-30 million of the three-year, $69 million contract she signed with NBC News in early 2017.

Both parties have been negotiating Kelly’s exit for more than two months, in the wake of Kelly’s controversial comments during the Oct. 23 edition of Megyn Kelly Today, during which she defended the idea of wearing blackface on Halloween and seemed not to understand why it was considered offensive.

“Back when I was a kid, that was OK, as long as you were dressing like a character,” Kelly said. Her remarks went viral and also made waves internally at the network.

Kelly apologized in a staff memo that afternoon and again on air the following morning—in what would turn out to be her final NBC News appearance—but the damage had been done.

NBC News chief Andy Lack told staffers during an Oct. 24 town hall meeting that he condemned Kelly’s remarks, and she was criticized on air that morning by Today news anchor Craig Melvin and co-host Al Roker, who called for “a bigger apology to folks of color around the country,” given the long history of blackface used to “demean and denigrate a race.”

The network ran repeats of Kelly’s show for the rest of that week. On Friday, Oct. 26, it pulled the plug for good on Megyn Kelly Today. The 9 a.m. hour is currently being hosted by other Today co-anchors as the network devises a long-term plan, which hasn’t yet been announced.

Today’s settlement, which comes after more than two months of contentious negotiations over Kelly’s exit, ends a marriage that, despite the early lovefest, had been rocky from the start. Back in November 2016, before she signed the deal with NBC News, Kelly told Adweek that she was agonizing over whether to stay with Fox News or venture out elsewhere.

“This is a big one for me and I don’t want to screw it up,” Kelly said of her decision.

She started with NBC News in May 2017, and the news team made a show of welcoming her in front of advertisers at NBCUniversal’s upfront event later that month. In introducing Kelly, then-Today co-host Matt Lauer said she was “someone who shares our values and will help to make us even better tomorrow.”

Kelly herself told buyers that she was “psyched” to be at NBC News: “I’m thrilled now to be able to anchor the kinds of broadcasts that I’d always dreamed I’d be able to do, that I felt in my heart I was born to do.”

But both her Sunday newsmagazine, Sunday Night With Megyn Kelly, and her 9 a.m. Today hour stumbled out of the gate and never really recovered.

In June 2017, her third episode of Sunday Night With Megyn Kelly featured a controversial interview with Infowars founder Alex Jones, who claimed the 2012 school shooting at Sandy Hook Elementary School was a hoax. Both audiences and advertisers kept their distance, and the newsmagazine only lasted one season, though Kelly did host a couple of Dateline NBC specials on Sunday nights over the past summer.

The September 2017 debut of Megyn Kelly Today—”I am kind of done with politics for now,” she told viewers during its premiere—also faced a tough beginning, as she was criticized during the first week for mishandling interviews with Jane Fonda (who bristled when Kelly pressed her about plastic surgery) and the cast of Will & Grace (she asked one fan in the audience if he “became gay” because of the show).

Megyn Kelly Today struggled in the ratings, pulling lower numbers than the previous 9 a.m. iteration hosted by Roker and Tamron Hall. Producers didn’t seem to know what to do with Kelly, which led to cringeworthy moments like this:

Hoda was on #MegynKellyToday this morning for no reason other than to fill time and I've never been so embarrassed. pic.twitter.com/wXUatEcPhY

Kelly had many other missteps, though she did seem to temporarily find her footing by reporting on the #MeToo movement and sexual harassment, including NBC’s own firing of Lauer. However, some NBC affiliates were unhappy about the ratings drop under Kelly, The Wall Street Journal reported in April.

After Megyn Kelly Today saw some total viewer ratings gains in the spring, Kelly optimistically told TVNewser in July, “You are definitely going to feel something when you watch this show, something other than anger.”

But even Kelly eventually realized the show wasn’t working. She reportedly met with Lack a few weeks before her on-air comments to talk about ending Megyn Kelly Today and finding a new role for her at NBC News. Instead, thanks to the events of October, she’s now in search of a new home.

Now that the Kelly-NBC News breakup is finalized, where will she go next? A return to Fox News would seem to be the best fit, but at least for now, that network insists there’s no room for her. “We are extremely happy with our entire lineup,” a Fox News spokesperson told Adweek in October.